How to Start with Metatrader 5 - page 44

If you new to forex and/or Metatrader 5 so you can start with this thread : How to Start with MT5, a summary !

As to templates and systems so you can see :

The article about Digital Filters: HowTo and How to Use

I promissed here to describe something about divergence. yes, it is related to this thread  Market Condition Evaluation based on standard indicators in Metatrader 5

We can write about divergence from the following sources:

Or ... to make it shorter - we can see the rules from the image: 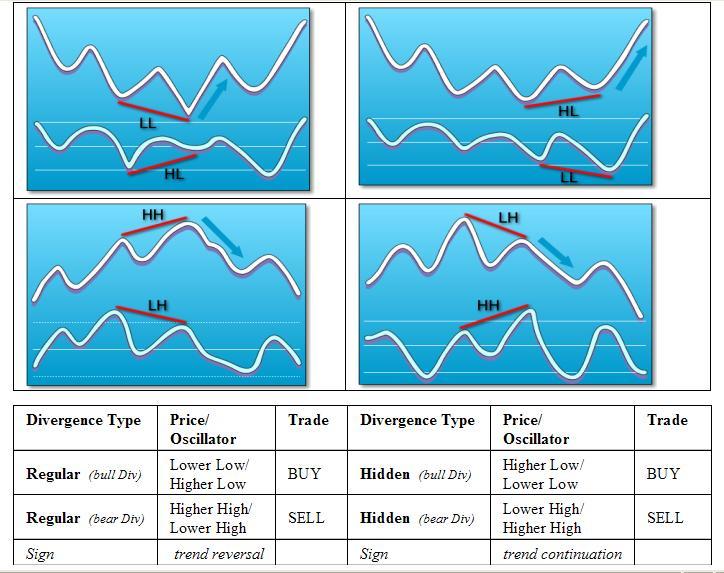 Discussion of article "Several Ways of Finding a Trend in MQL5"

How to detect forex trends

Detecting a trend is an important part of predicting direction in a currency pair. Tomorrow’s prices usually follow or continue today’s trend. There will, of course, be reversals and ranging behavior within the trend but it is easier to trade with a known trend than to predict when it changes. The task of the forex trader is to detect variations or waves of sentiment. The trader needs to ask: is there a shape to changes in sentiment and can it be detected? To answer this question, we can turn to price break charts (also called three-line break charts). In recent months, Bloomberg Professional stations added these charts. They also are available in many retail charting programs such as eSignal and ProRealTime.

Price break charts show only a new high close or a new low close. For example, if a trader using a candlestick chart of a daytime interval converts it to a three-line price break chart, he would see the price action from a different vantage point. The price break chart would only show consecutive new day high closes, or consecutive new day low closes. If no new high or new low is reached, then no additional bar would appear. But when the price reverses, it shows a new column only if the price reverses three previous highs (downward reversal) or three previous lows. This is why it is called a three-line break chart. The conditions for a bullish and bearish reversal are easily identified.

Three-line break charts enable significant insights into the shape of sentiment in the price action. A trader can detect the prevailing sentiment, how strong it is, whether a change in sentiment has occurred and project where the next trend reversal will occur. Several examples of using the three-line break as an indicator occurred in the GBP/USD pair in 2009 (see “Show me the move”).

The year started with a series of three consecutive new lows. It then reversed to a distance of four new consecutive highs. The sequence reversed back to four new consecutive lows followed by three consecutive new highs. In April, we see a very significant sentiment event, a flip-flop. This is a new downward reversal followed immediately by an upward reversal. In other words, market sentiment did not continue into a series. When a flip-flop occurs, it is rarely followed by another immediate reversal and therefore is a signal that the trend direction after the flip-flop will continue for a longer distance. This is exactly what occurred. The GBP/USD flipped from a low of 1.4252 on March 30 to a high of 1.5002 on April 15.

Also in the pound, we see a long sequence of 20 new consecutive day highs that occurred between May 1 and June 11, taking it from 1.4490 to 1.6598. While the ultimate length of the sequence is not predicable, what was clear to the trader was that the previous highest uptrend sequence before the long run up was five new consecutive highs. When a previous sequence of highs or lows is broken by a new sequence, this is an alert that the sentiment is becoming stronger than ever.

How to Start with MT5, a summary !

How to start with MT5 platform : summary.

As our topic about "How to start with Metatrader 5" is going to be huge, here you find a summary, with main links.

Press review Market Condition Evaluation based How to Start with

Can anyone tell how to trade XAUUSD !!!

you would try a divergence 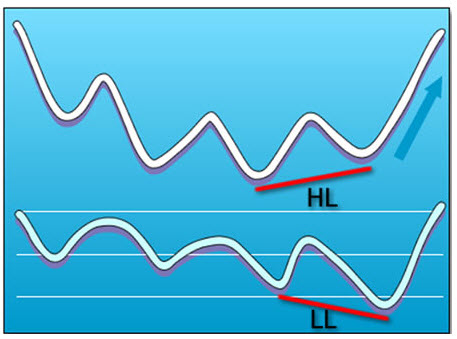 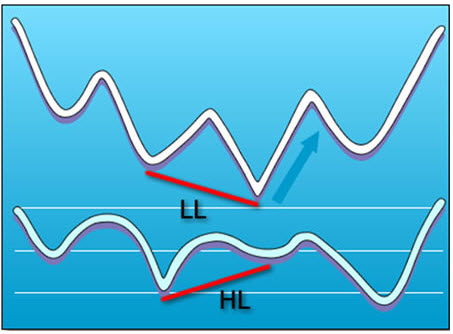 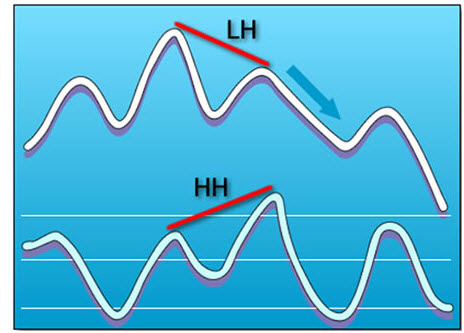 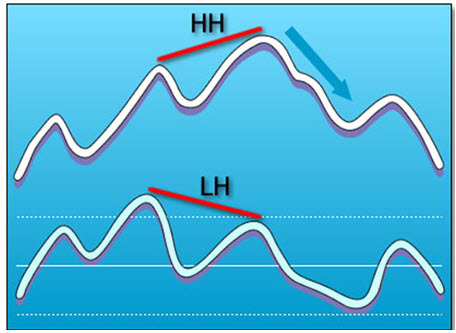 Or ... to make it shorter - we can see the rules from the image:

If you are going to create EA for us for trading news events so those are some links for you:

I am not sure about api but you can look at the following links:

Hello, I just tried to load MT5 on my Mac I installed Play on Mac and went through all the steps and I can't get a shortcut to appear on my POM window. Also, my MT5 charts are not real time and are showing Feb.14 any help? Thanks