Forecast and levels for CAD - page 4

Weekly Fundamental Forecast for USD/CAD (based on the article) 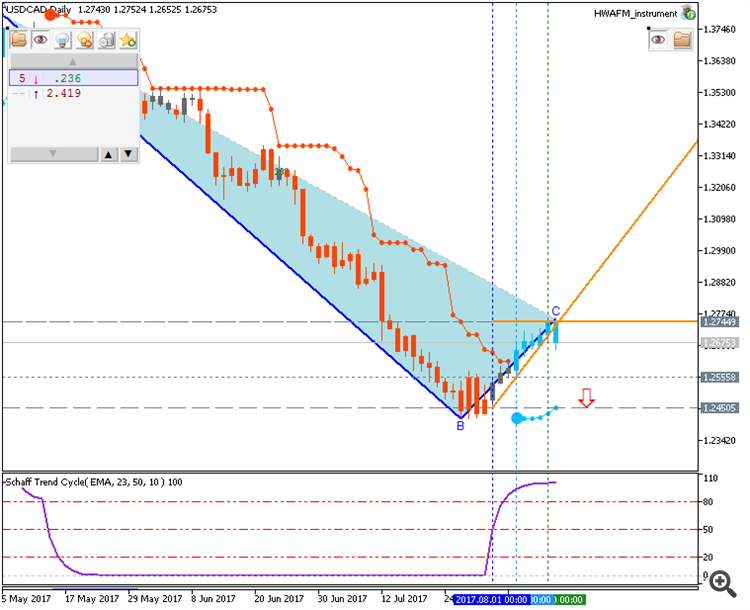 USD/CAD - "The Bank of Canada (BoC) may adopt a more hawkish tone as consumer prices are anticipatedto pick up in July. It seems as though the BoC will look through the recent weakness in the CPI as ‘the factors behind soft inflation appear to be mostly temporary,’ and Governor Stephen Poloz and Co. may prepare Canadian households and businesses for higher borrowing costs as ‘the output gap is now projected to close around the end of 2017, earlier than the Bank anticipated in its April Monetary Policy Report (MPR).’ As a result, the shift in USD/CAD behavior may continue to unfold in the second-half of the year as the BoC appears to be on course to further normalize monetary policy over the coming months." 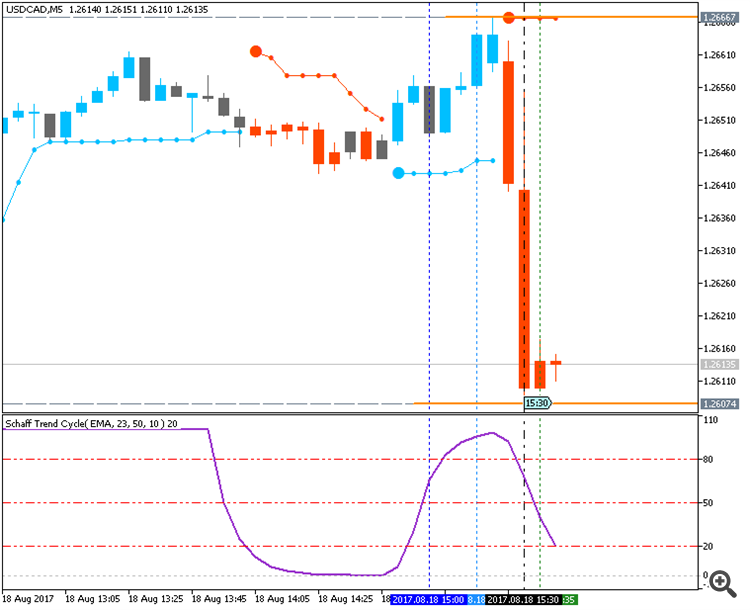 [CAD - Wholesale Sales] = Change in the total value of sales at the wholesale level. 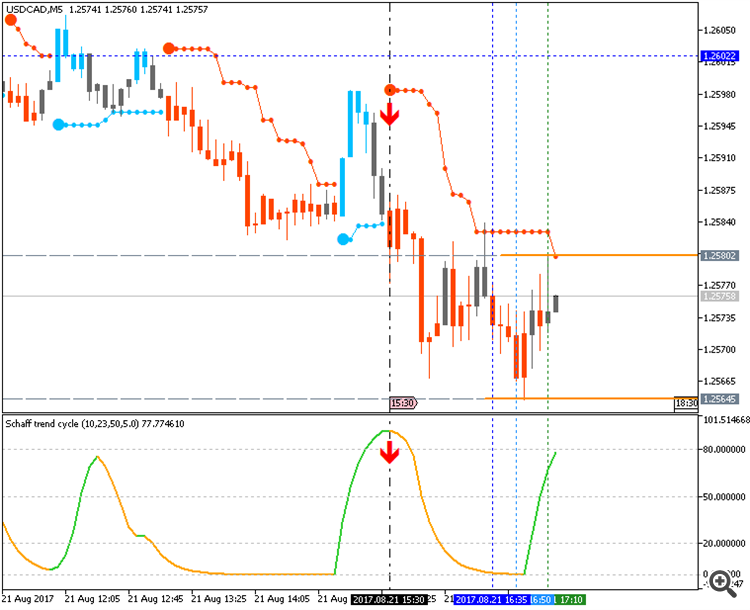 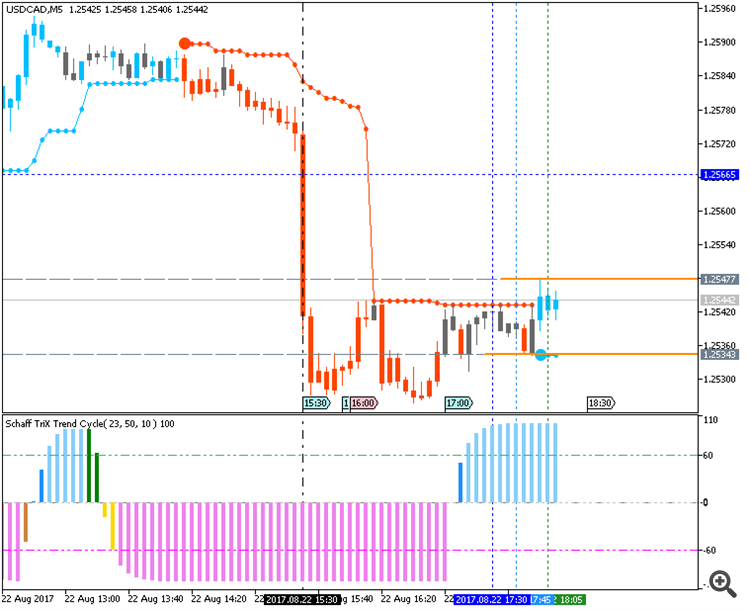 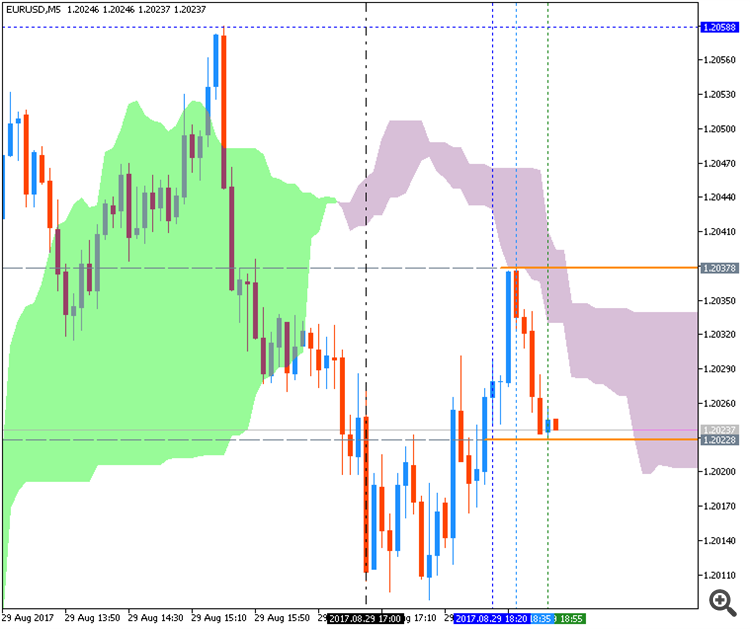 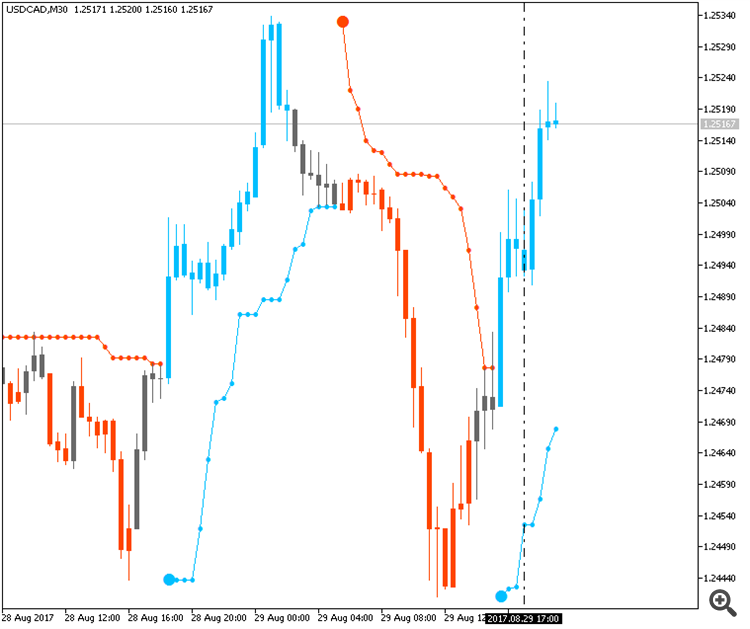 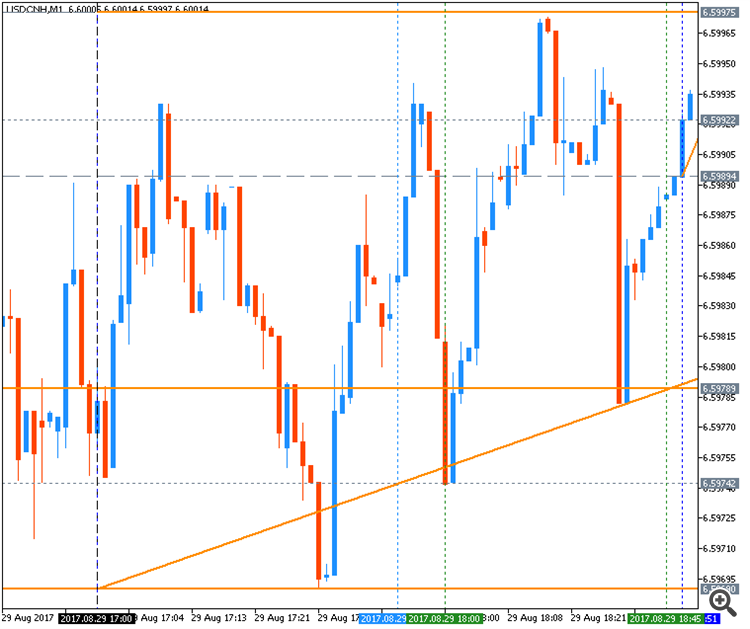 Weekly price is below Ichimoku cloud in the bearish area of the chart. The price is on ranging within the folllwing support/resistance levels:

Descending triangle pattern was formed by the price to be crossed to below for the the most likely bearish trend to be continuing in the near future for example. 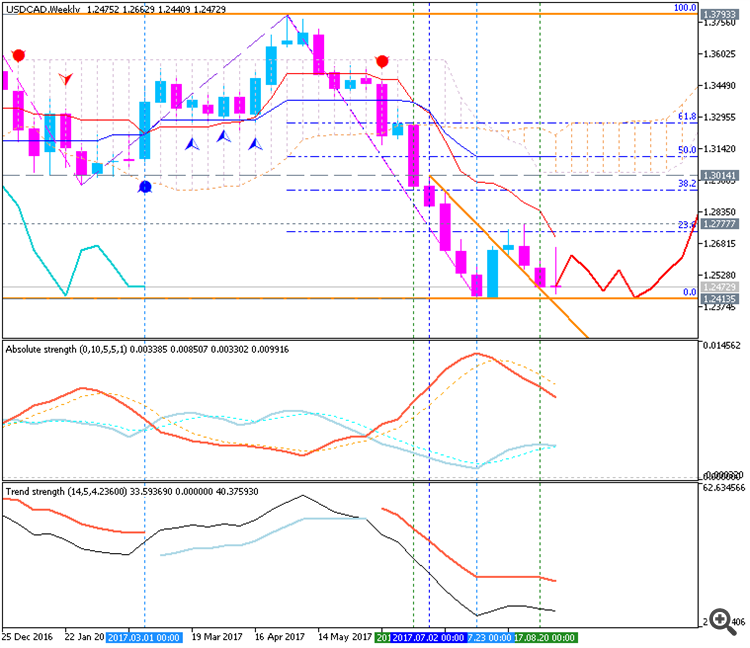 [CAD - Employment Change] = Change in the number of employed people during the previous month. 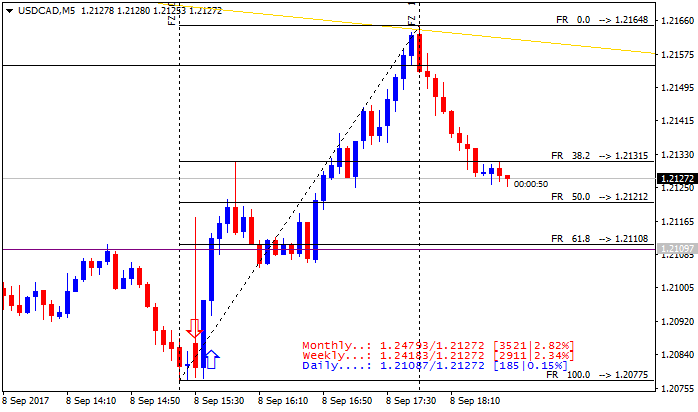 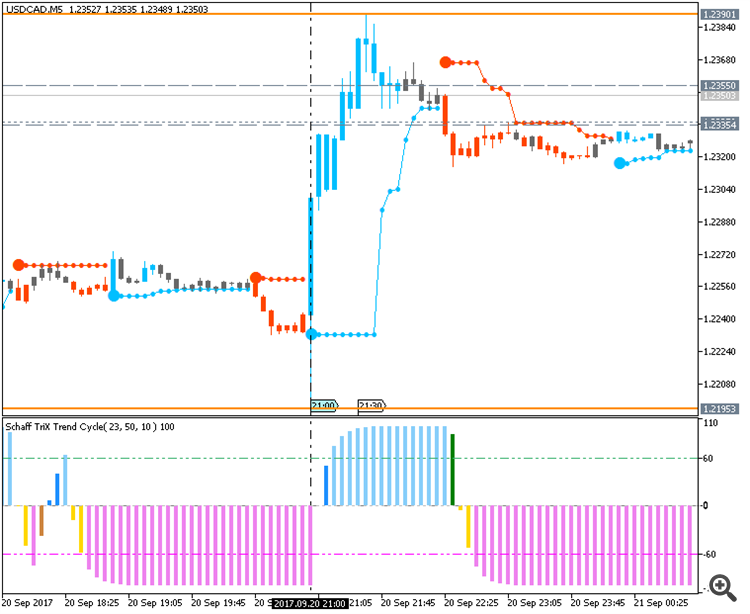 Trading the News: Canada Consumer Price Index (CPI) (based on the article)

Another uptick in Canada’s Consumer Price Index (CPI) may rattle the near-term rebound in USD/CAD as it puts pressure on the Bank of Canada (BoC) to deliver another rate-hike over the coming months.

The BoC may continue to implement higher borrowing-costs as ‘the level of GDP is now higher than the Bank had expected,’ and Governor Stephen Poloz and Co. may prepare Canadian households and businesses for another rate-hike at the next meeting on October 25 as the central bank notes that ‘there has been a slight increase in both total CPI and the Bank’s core measures of inflation, consistent with the dissipating negative impact of temporary price shocks and the absorption of economic slack.’

Canada’s Consumer Price Index (CPI) increased for the first time since January, with the headline reading climbing to an annualized 1.2% from 1.0% the month prior. Nevertheless, the core rate of inflation held steady at 1.4% per annum during the same period, but signs of budding price pressures may encourage the Bank of Canada (BoC) to further normalize monetary policy in 2017 as the central bank warns ‘the factors behind soft inflation appear to be mostly temporary.’ The Canadian dollar rallied followed the print, with USD/CAD slipping below the 1.2600 handle to end the day at 1.2583. 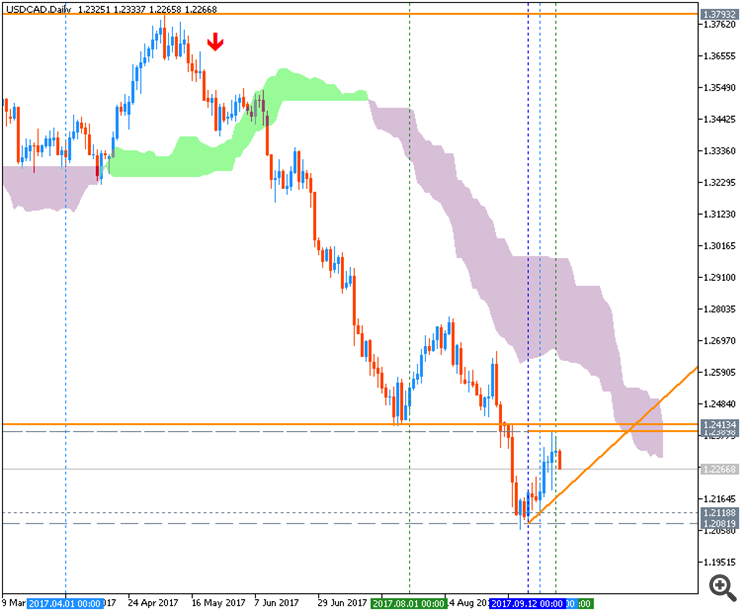 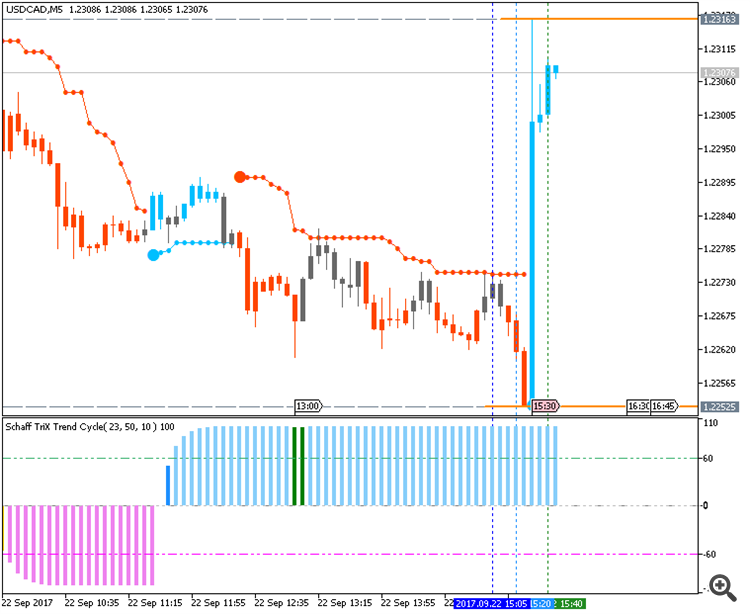