The history of the development.

Paramon is username of the trader who created this system long time ago for Metatrader 3 (Metatrader 4 and Metatrader 5 did not exist in that time - it was very long time ago). Paramon named his system Paramon Scalping (but as we see - it is not real scalping). He did not use any indicators and he traded just price action only using M5 timeframe charts (MT3).

Paramon is legendary person and he was the first trader in our Metatrader world who started to trade breakout systems live on real account without any indicators placed on the chart.

We should always remember the people who were the first.

Files:
paramon1810.zip  11 kb
How to start with Indicators: MaksiGen_KaHaJI_CkaJIneP Something interesting, old thread

This is interesting indicator based on RSI: RSICandleV2 - indicator for MetaTrader 5 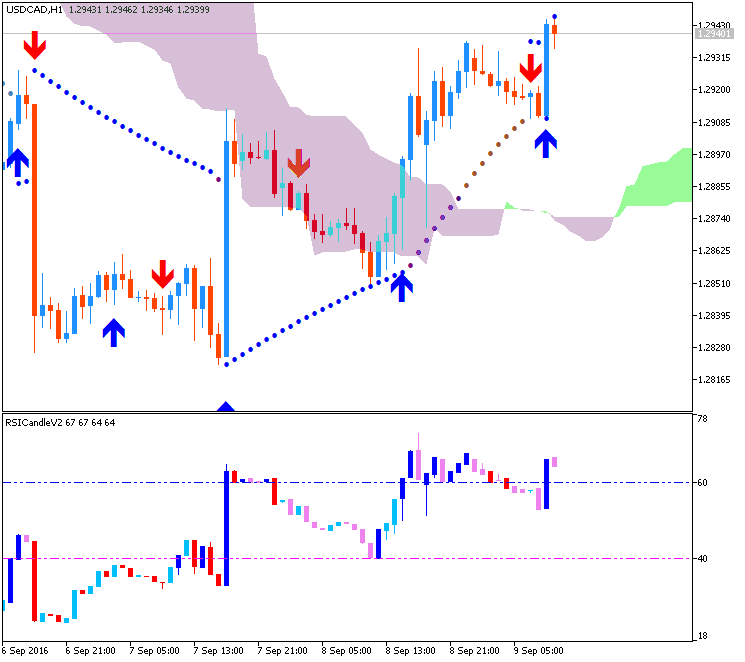 The RSI indicator is in the form of a candle with indication breakdown overbought and oversold zones. Candles are obtained from processing algorithm RSI respective price timeseries. In many situations, for the analysis of this approach may be more informative.

If the candle is growing High above the overbought level, it turns a dark blue color if the growing candle crosses the oversold level or top concerns, it also will be her dark blue color. Similarly to reverse falling candle bright red color. In other cases, the color of pale candles. 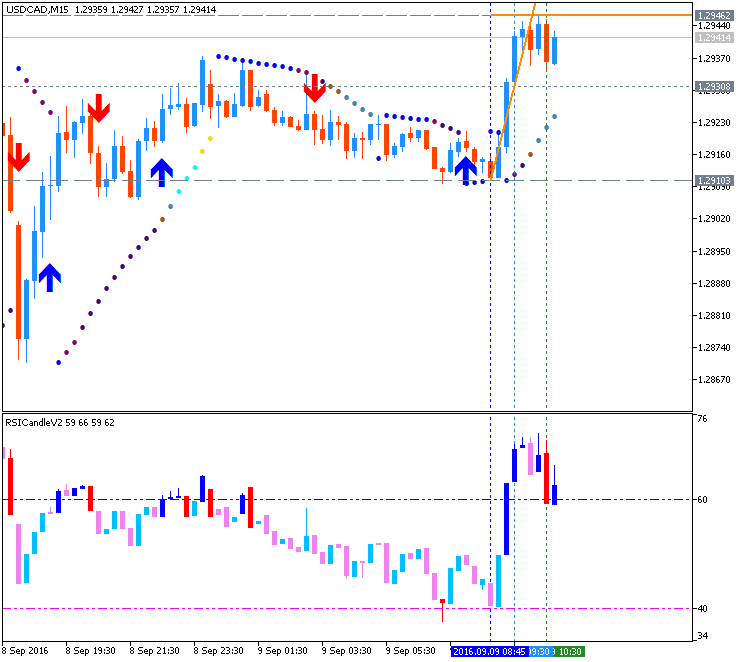 Share an idea and Something interesting, old thread Setting up alerts for

The trading strategy implemented in this Expert Advisor was tested during the Championship in 2012.

Upon launch, the Expert Advisor opens positions of all the specified currency pairs with the minimum volume. Once a position becomes losing, it is reversed. If a position is profitable, its volume is increased. Upon reaching the total profit or loss value specified in the parameters, all positions are closed.
'Close all'/'Open' tools Date Based Order Indicators with alerts/signal

About NN and AI.

Are you coder? If yes so look at this interesting thread:

OOP, creating an instance from within the contructor of another class - how? 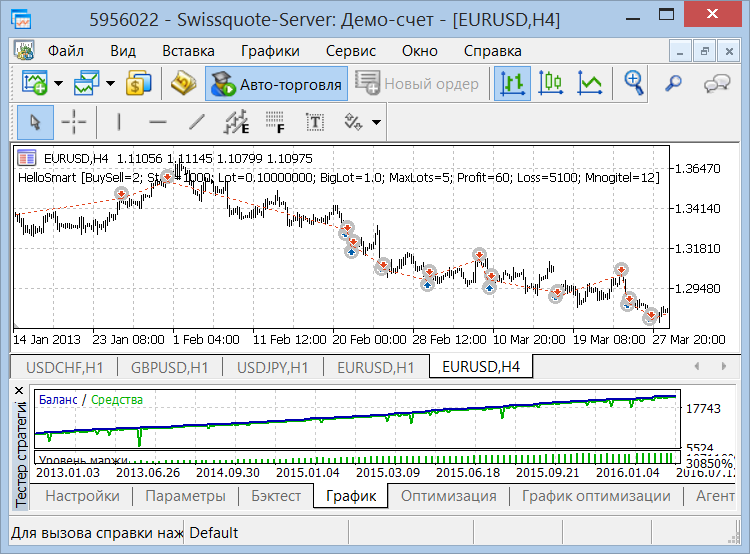 Hello Smart Advisor averages losing positions. BuySell trade direction is selected in the settings. Further, if the price does not go in our favor, the adviser opens averaging warrant constant volume Lot, after the specified distance in points Step. When the expert won positions volume BigLot, the initial lot is increased by Mnogitel factor. When the profit Profit or Loss loss in the deposit currency, the position is closed. All operations expert performs at the opening of the candles.

This is the interesting indicator: FFC - Forex Factory Calendar - indicator for MetaTrader 4 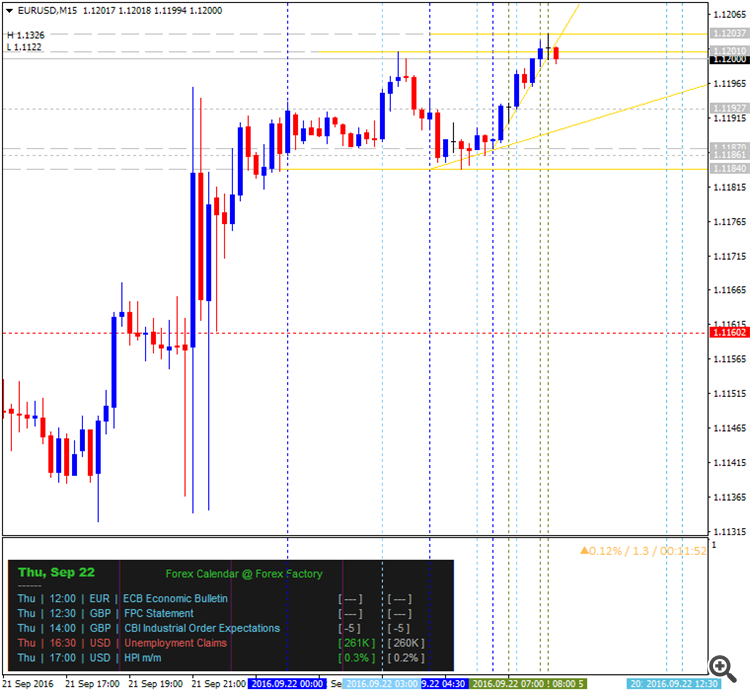 This is a modified version of the popular news indicator FFCal which was published initially by DerkWehler to ForexFactory forum. Actually, I've modified the code to suit my needs but I found that it may be useful for others as well so I decided to share it. I have rewritten the indicator so you can consider it almost "build from scratch" of the original. Yet, it shares the same techniques and main style.

The indicator places a panel on your chart that shows 5 economic events listed on the Forex Factory Calendar. You can filter out/in the events of High, Medium, or Low impact, Speaks, Holidays or by specific keyword filter. 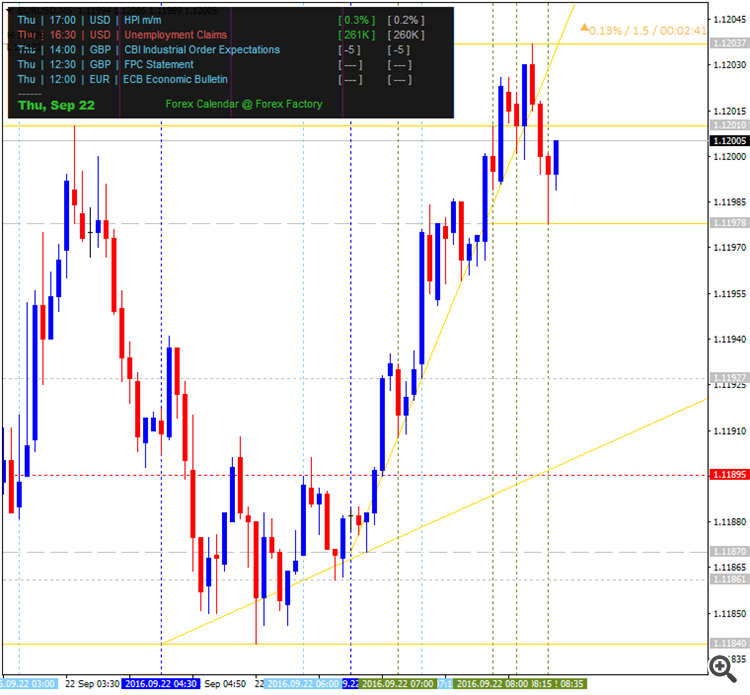 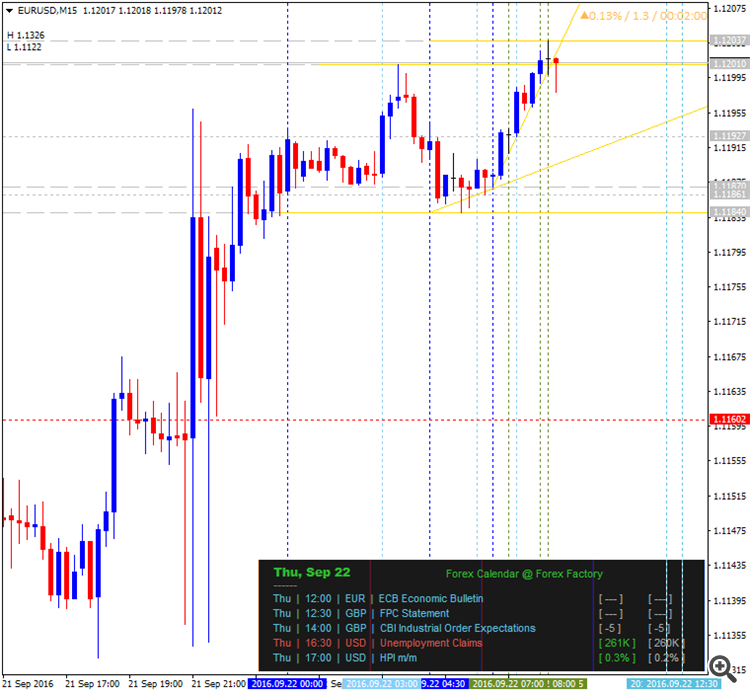 Anyway, the discussion about 'MT4 vs MT5' is going on this thread : Are you ready to give up MT4 for MT5 ?
How to Start with MT4/MT5 The incredible resilience of

This is very simple explanation - Supply and Demand

Free to Download: Shved Supply and Demand - indicator for MetaTrader 4 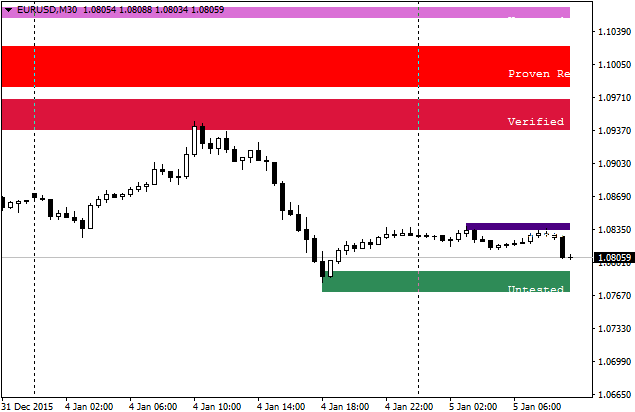 Just some versions from CodeBase:

Chandelier Exit (from the StockChart article)

"Developed by Charles Le Beau and featured in Alexander Elder's books, the Chandelier Exit sets a trailing stop-loss based on the Average True Range (ATR). The indicator is designed to keep traders in a trend and prevent an early exit as long as the trend extends. Typically, the Chandelier Exit will be above prices during a downtrend and below prices during an uptrend."

"The Chandelier Exit formula consists of three parts: a period high or period low, the Average True Range (ATR) and a multiplier. Using the default setting of 22-periods on a daily chart, the Chandelier exit will look for the highest high or lowest low of the last 22 days. Note that there are 22 trading days in a month. This parameter (22) will also be used to calculate the Average True Range."