The trade for AUDUSD was closed with good profit - see the image : 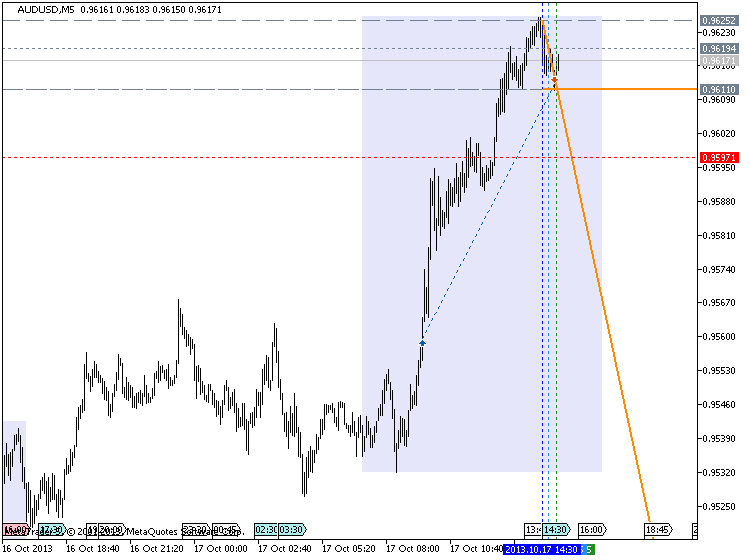 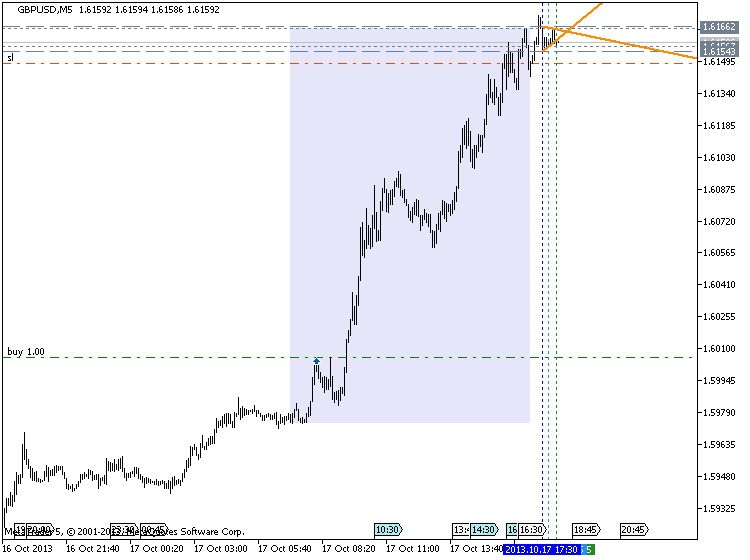 Please find 2 indicators and 1 template in zip attachment (see the attachment on this post).

This is the statement for today (attached) : 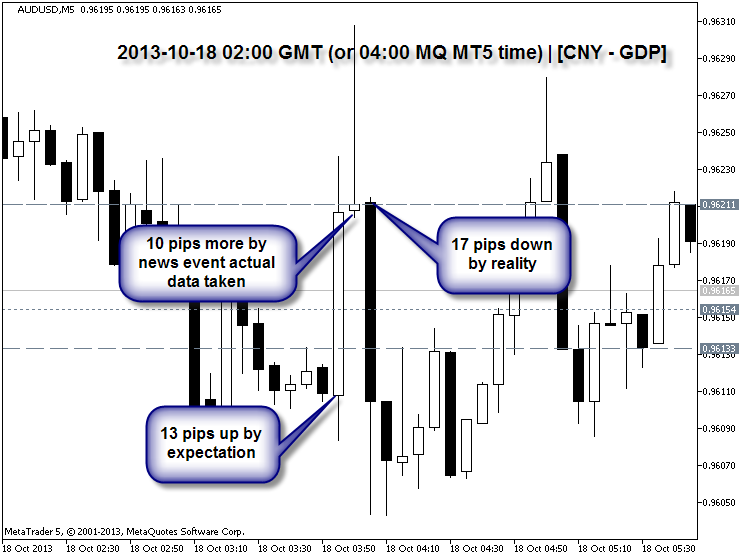 if actual > forecast = good for currency (for CNY in our case)

China's economic growth accelerated for the first time in three quarters in the July-September period, data from the National Bureau of Statistics revealed Friday, supporting policymakers' efforts to restructure the economy in order to achieve sustainable growth in the longer-term.

The gross domestic product rose 7.8 percent year-on-year in the third quarter of 2013 in line with expectations. This was faster than a 7.5 percent growth in the second quarter and a 7.7 percent gain in the first quarter.

Another set of data from the statistical office showed that China's industrial production expanded 10.2 percent year-on-year in September, decelerating from a 10.4 percent growth in August. The outcome, nonetheless, matched forecast.

Retail sales in the country increased 13.3 percent in September from a year earlier. This was slightly weaker than the expected 13.5 percent gain and August's 13.4 percent growth.

The country's fixed asset investment increased 20.2 percent during the first nine months of the year compared with the corresponding period last year. This was only a tad below economists' forecast of 20.3 percent.

During the January-September period, the GDP rose 7.7 percent compared with the same period last year. On a quarterly basis, the economy grew 2.2 percent in the third quarter.

However, foreign trade data published by the General Administration of Customs over the weekend was disappointing, with overseas shipments recording an unexpected decline of 0.3 percent annually in September.

Please find 2 indicators and 1 template in zip attachment (see the attachment on this post). 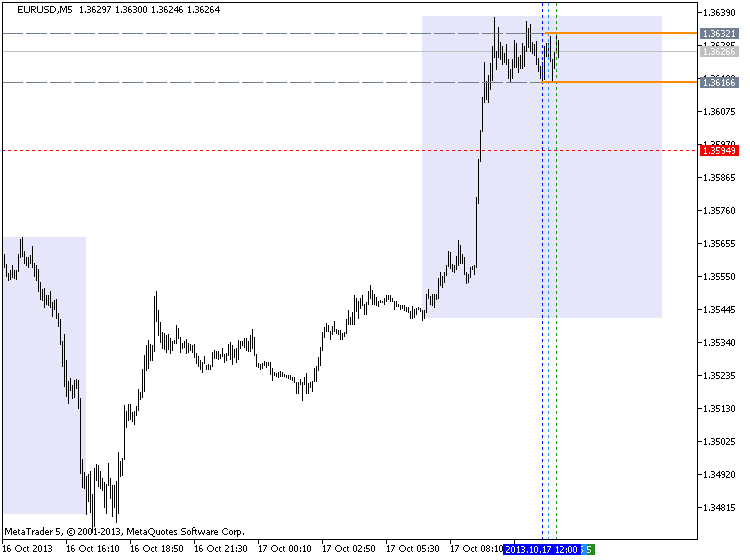 1. Open pending orders. I opened 2 pending orders: buy stop and sell stop. I did it using mouse on MT5 chart (right mouse click on the chart - Trading - Sell Stop or Buy Stop). The pending orders should be opened only if support/resistance lines (read/blue dotted lines on your/my chart) came in very close way to each other (and very close to the price).

3. Move stop loss. We are monitoring our trades and moving stop loss by mous on the chart (move stop loss line by mouse). Stop loss is moved to be near support/resistance level.

Example with EURUSD (I did moved so we can see it on the chart) :

The history of the development.

Paramon is username of the trader who created this system long time ago for Metatrader 3 (Metatrader 4 and Metatrader 5 did not exist in that time - it was very long time ago). Paramon named his system Paramon Scalping (but as we see - it is not real scalping). He did not use any indicators and he traded just price action only using M5 timeframe charts (MT3).

Paramon is legendary person and he was the first trader in our Metatrader world who started to trade breakout systems live on real account without any indicators placed on the chart.

We should always remember the people who were the first