US Dollar - "The US Dollar continues to benefit from expectations that the US central bank will be the most aggressive of any major central bank in raising rates, but such a benefit could easily become a detriment if there’s a material downgrade in expectations. Indeed, recent market indecision underlines the US Dollar’s vulnerability to any disappointments."

AUDUSD - "The Fed policy outlook has deteriorated since the beginning of the year as a slump in economic growth in the first quarter fueled bets that officials will delay stimulus withdrawal. This narrative is remarkably similar to what was seen in 2014. Then too, investors expected the FOMC to delay or at least slow the pace of “tapering” QE asset purchases following a disappointing start to the year. For its part, the central bank maintained that the slowdown owed to transitory factors. It opted to stay the course and delivered the end of QE3 on schedule. Policymakers’ rhetoric in response to this year’s hiccup has been virtually identical, underscoring similarities between current events and those of 12 months ago." 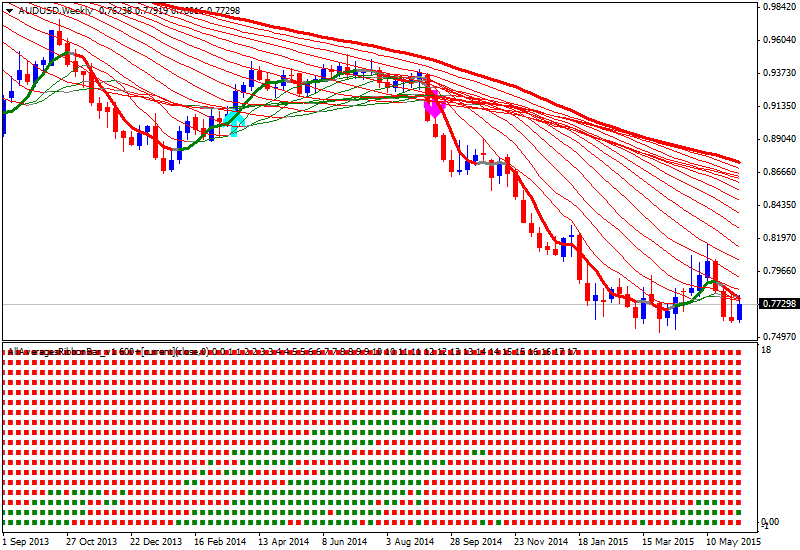 GOLD - "From a technical standpoint gold broke out of a descending pitchfork formation off the May high with the rally extending as high as 1192 before pulling back into the close of the week. Bullion remains at risk while below 1197 with a breach above 1204 needed to put the long-side back into focus. Key near-term support rests at 1163/64 where the 61.8% extension of the decline off the May highs converges on the 76.4% retracement off the advance off the March low. A break below this level targets the November 2014 TL support / 1150/51. Note that daily momentum has continued to hold above the 40-threshold on this pullback off the May highs, supporting the argument that gold may be attempting to base here. We’ll look for a break of the monthly opening range alongside the 40-50 RSI range for guidance heading into next week." 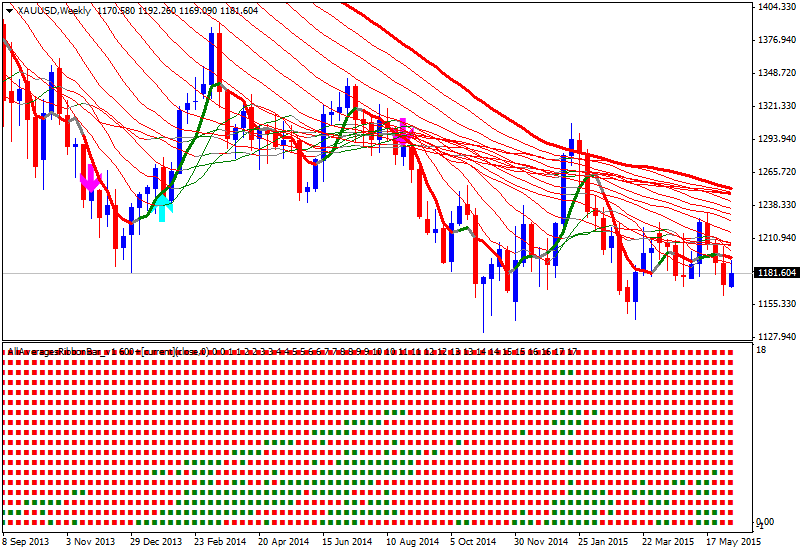 USDJPY - "The risk for a slower pace of Fed rate hikes paired with a more upbeat tone from the BoJ may produce some chop ahead of the key event risks, and the dollar-yen may face a larger pullback should the fresh batch of central bank drag on U.S. interest rate expectations. Nevertheless, the long-term outlook for USD/JPY remains bullish as Governor Kuroda and Co. looks poised to retain its easing cycle well beyond 2015." 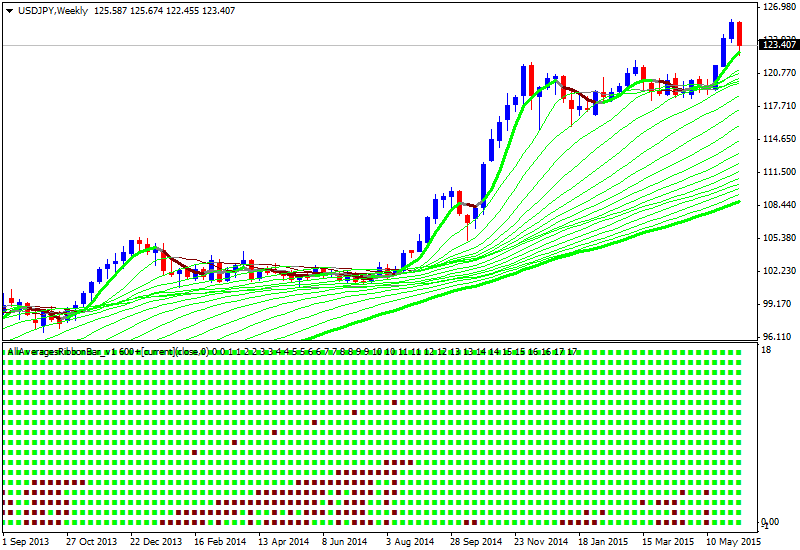 Barclay: The Case For Staying Short EUR/USD Into FOMC (based on efxnews article)

"Markets will pay close attention to the tone of the FOMC statement on Wednesday and watch for hints on the timing of the first rate hike. Given the recent pickup in US consumption and labor market data, we think the Fed is likely to maintain its view that the winter slowdown was transitory and that the economy is likely to expand at a moderate pace. Indeed, the pace of job growth has picked up, with payrolls rising 280K in May, and the Fed’s LMCI has increased since the April meeting. Additionally, we expect the Fed to reiterate that inflation will gradually rise toward the 2% target in the medium term as the labor market continues to improve and inflation expectations remain stable," Barclays clarifires.

"Indeed, CPI data on Thursday, along with the latest import price data, should support our view that downward pressures on domestic core inflation from the lagged effects of USD appreciation will begin to wane going into the third quarter. As such, we continue to think the Fed is on track to hike twice this year (at the September and December meetings)," Barclays projects.

"Overall, we believe that the FOMC statements, along with CPI and other macro data, should support the USD," Barclays argues.

"Greek political uncertainty remains high, as the gap in negotiations between Greece and the Institutions remains substantial. The IMF is reported to have walked away from talks with Greek officials on Thursday because of the inability to find agreement on such issues as pension and tax reforms. Meanwhile, the economic and financial situation is continuing to deteriorate in Greece, with the state revenue shortfall having grown €1bn in May to reach a total of €2bn, and with the ECB having last week raised the limit on the Emergency Liquidity Assistance (ELA) to Greek banks by a further €2.3bn, to €83bn. The Eurogroup and ECOFIN meetings will be held on 18 and 19 June, respectively," Barclays notes.