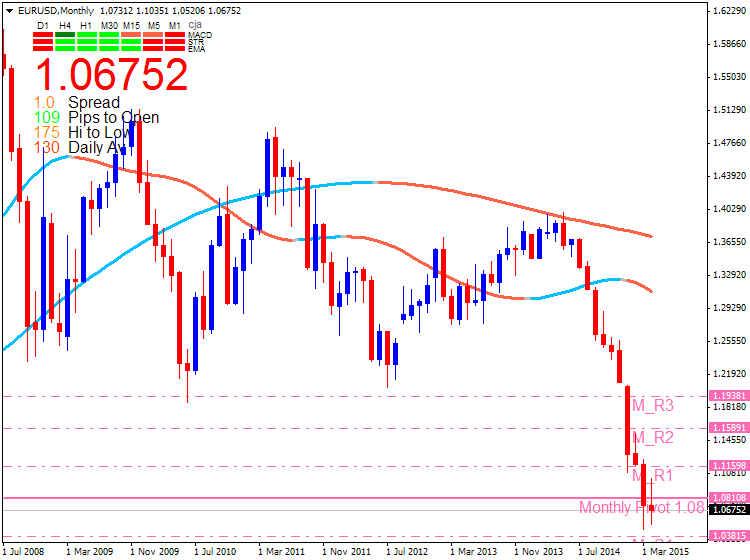 EURUSD ECB Support and Resistance Update (based on dailyfx article) 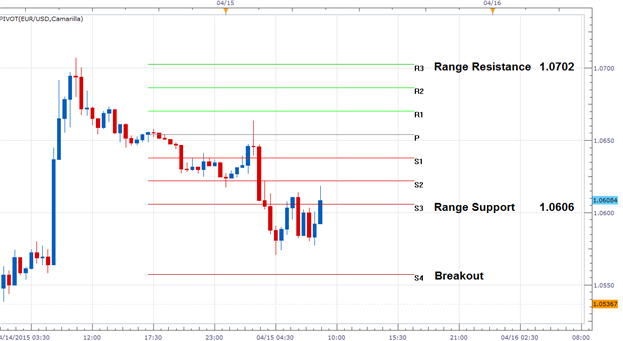 The EURUSD has opened the day moving towards support in early London trading. However, despite the ECB holding its banking rate announcement today, the pair has yet to breakout. Currently price is found near range support at the S3 Camarilla pivot near 1.0606. In the event that price remains supported, traders will begin to look for a bounce in price towards levels of resistance, including the R3 pivot found today at a price of 1.0702.

Despite price opening inside of a 96 pip range, statements from the ECB still have the ability to progress price to a breakout point. A EURUSD decline below the S4 pivot at 1.0557 would suggest a return to USD strength and raise the possibility of the creation of future lower lows. Conversely, if price moves back through its trading range, and breaches the R4 pivot at 1.0751, this would open the market for a potentially broader bullish move.

The Road Warrior, Brandon Wendell joins Merlin for a look at his recent classes, travels, and more importantly. Trading! Merlin and Brandon answer several questions that relating to the Euro and specific trade setups on the Euro, Swiss Franc, and US Dollar. Brandon also talks about his All Asset Class Mastery XLT as well. 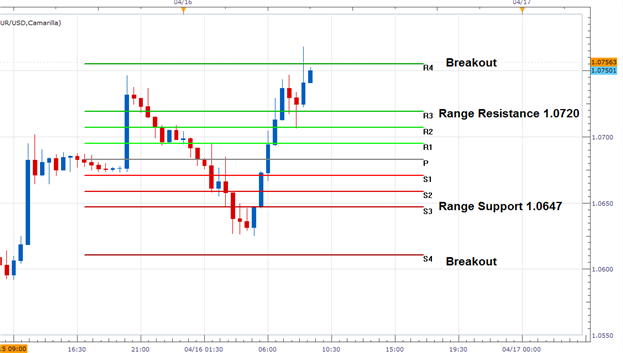 The EURUSD has opened the trading day range bound, with the pair moving between its R3 and S3 Camarilla pivot points. Price has traversed this 73 pip range twice thus far, with price currently trading above its R3 pivot which is found today at 1.0720. Despite being range bound for most of the session, traders should continue to watch the R4 pivot found at 1.0755. Price has already attempted to break this value once this morning on worse than expected initial jobless claims data. A breakout above this value would suggest the potential for higher highs for the EURUSD.

In the event that price trades back below its R3 pivot, it opens the possibility of another move back towards values of support. Currently range support sits at a price of 1.0647 at the S3 pivot. A continued decline below the S4 pivot at a price of 1.0611 would suggest a larger reversal on the creation of a lower low. 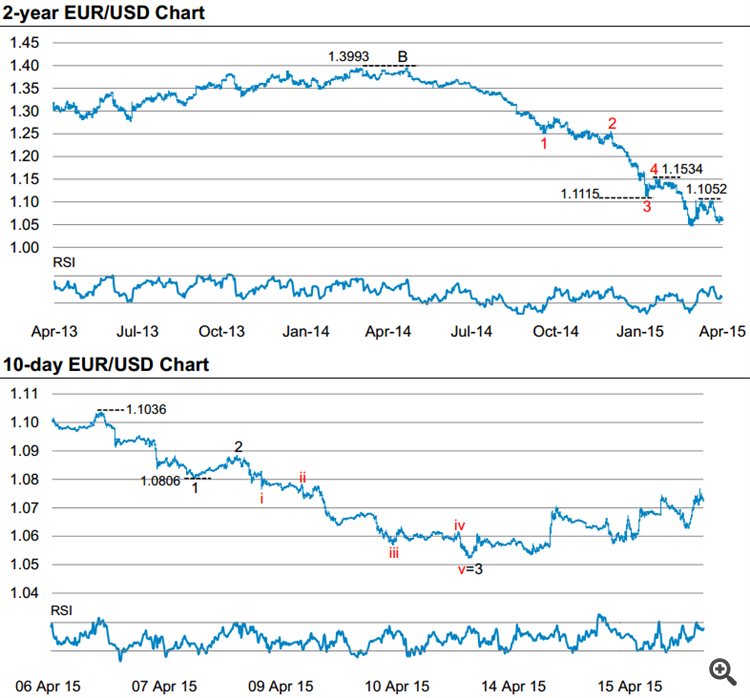 The analysts comes in to a 2-year timeframe:

The U.S. Consumer Price Index (CPI) may prop up the greenback and spark a near-term decline in EUR/USD should the inflation report highlight sticky price growth in the world’s largest economy.

Despite signs of a slower recovery, the Federal Open Market Committee (FOMC) may continue to prepare U.S. households and business for higher borrowing-costs as Chair Janet Yellen remains confident in achieving the 2% inflation target over the policy horizon.

Potential Price Targets For The Release

While the Labor Department released a report on Friday showing another modest increase in U.S. consumer prices in the month of March, prices rose by slightly less than economists had anticipated.

The Labor Department said its consumer price index edged up by 0.2 percent in March, matching the increase seen in February. Economists had expected the index to rise by 0.3 percent.

The continued increase in prices was partly due to another notable increase in energy prices, which rose by 1.1 percent in March after climbing by 1.0 percent in February.

The gasoline index showed its biggest increase since February of 2013, surging up by 3.9 percent, while the fuel oil index also jumped by 5.9 percent.

The EURUSD - like the AUDUSD (and also the USDCAD) - has seen the price action complete a full lap in trading today. The price moved higher in London morning session, but subsequently fell all the way down to the days lows when NY traders entered. 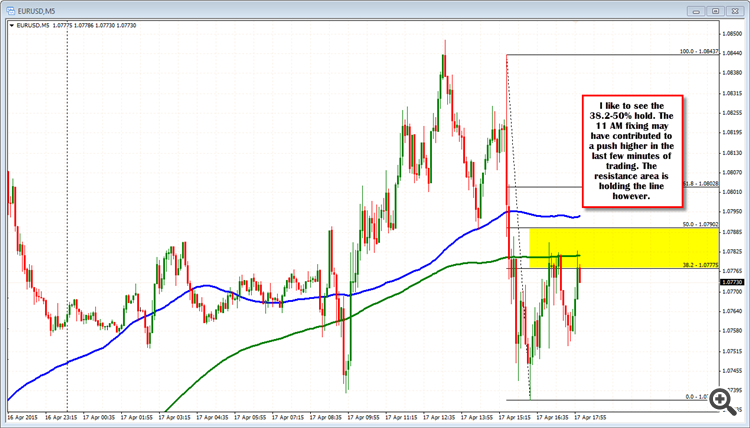 The weekend flows can wreck havoc. Greece will be in play over weekend (and going forward).  As a result geo-political risk have the potential to lead to more squaring up and choppy trading action -especially in the next hour.

EUR/USD is still trading within the 1.05-1.10 range that has been mainly intact for most of March and April, and in that sense the best bias to have for the week ahead is probably neutral, notes Bank of Tokyo Mitsubish (BTMU).

"The momentum though appears to be shifting back toward a higher move with EUR/USD moving that way in the aftermath of the monetary policy press conference by President Draghi. While the ECB is a little more upbeat we do not think that will help the euro," BTMU adds.

"The IMF/G20 gathering in Washington may well result in some comments on the dollar – a G20 statement may refer to FX in a slightly different way and this is a risk to the upside for EUR/USD. Any sense that officials are getting more worried about the speed of dollar strength may prompt selling. However, this is unlikely to be sustained for long – the reality is that monetary policy divergence is set for some considerable time," BTMU argues.

"Greece will remain an issue and given the risk that this could go right to the wire, this is a clear downside risk for EUR/USD if there’s a sense next week of no progress being made toward a resolution and the release of additional funds for Greece," BTMU adds.