Over the past 7 months since the release of the public build 509, we put in a lot of effort to improve MetaTrader 4 client terminal. MQL4 programming language for developing trading strategies has undergone the most significant changes - program execution speed has been increased, while the language itself has been brought closer to MQL5 to the maximum possible extent. This means that MQL4 trading robot developers can now also enjoy all the advantages of OOP: classes and structures, inheritance, Standard Library, resources and much more.

The new MetaTrader 4 terminal features the Market - store of protected applications for MetaTrader 4 terminal. Now, any developer can put his or her own trading programs for sale on the unified application store, while traders can buy any product right from the terminal. All EX4 application files downloaded from the Market have the high level of protection similar to that of MQL5. MQL4 application developers can set the number of activations and prices for their products without worrying about the technical issues related to sales process - MetaTrader 4 Market will take care about the latter.

Due to changes in the file structure and location of the directory for storing custom files (indicators, Expert Advisors, scripts, templates, logs, etc.), all these data will be automatically moved to the new place during the update. Not a single custom file will be deleted during the process, and all original files will remain in their appropriate locations becoming backup copies. Find out more about that in the section Automatic Copying of MQL4 Programs When Updating from Older Builds below.

All custom executable EX4 files created by old MQL4 compiler will be automatically moved to the new Navigator directory and will work in the new terminal the same way as before.

The update to MetaTrader 4 build 600 is available through the LiveUpdate system.

MQL4 programming language has been completely revised and brought to the level of MQL5 - now you can develop trading robots in MQL4/5 using the unified MetaEditor development environment, single style, libraries and debugging tools.

MQL4 is popular among automated system developers due to the ease of learning and a huge amount of code generated for many years of using MetaTrader 4 terminal. However, the language also has some drawbacks arising from its main advantage - a simple programming language does not allow development of complex systems and hinders porting of debugged libraries from high-level languages. Therefore, we decided to implement in it the maximum possible amount of MQL5 language functions and features fully preserving MQL4 functionality. In other words, all powerful MQL5 functions, including ООP and the native code compiler, will become available in MQL4.

Protection of MQL4 applications rises to MQL5 level. New EX4/EX5 files are provided with a serious and completely revised protection. This means that the Market of secure EX4 applications also becomes available to MetaTrader 4.

Besides, MQL4 now features new graphical objects and new functions for working with charts. MQL5 Standard Library is to be ported to MQL4 providing developers with new possibilities in creating their own graphical interfaces and trading libraries. Now, you can create full-fledged applications in MetaTrader 4 using the resources.

The table of differences between compilers

* Please pay special attention to "Array out of range" error - many old custom indicators will display this error in strict mode of the new compiler when launched on the chart. It is recommended to find the cause and eliminate it.

** In the new MQL4 and MQL5, FILE_SHARE_READ and FILE_SHARE_WRITE flags are responsible for the files shared use mode. There were no such flags in the old MQL4.

Automatic Copying of MQL4 Programs When Updating from Older Builds

In the previous builds of MetaTrader 4 client terminal (509 and older), all MQL4 applications were stored in the following subdirectories of <terminal_installation_folder>\experts\ root directory:

In the new MQL4 version, the file structure for storing the source codes has changed. Now, all MQL4 applications should be located in the appropriate folders of <data_catalog>\MQL4\ directory:

When updating MetaTrader 4 terminal from build 509 to the newer version, all MQ4, MQH and EX4 files from standard root directories of the previous version are automatically copied and relocated to the appropriate folders. Subfolders additionally created by a user, as well as files contained there are not processed. They should be relocated to the new place manually if necessary .

No automatic re-compilation of the old EX4 files to the new version is performed during the update. Users are free to decide what source codes should be compiled to the new EX4 version. All old EX4 will work in the new MetaTrader 4 terminal. EX4 libraries compiled by the new compiler can be called only from the EX4 programs that have also been compiled in the new version.

In some cases, you may need to edit the path in #property include for included files (if relative paths have changed) in the source files. Please note that MetaEditor's root directory is now <data_folder>\MQL4\. All programs should be located in the correct subdirectories.

You can find the data folder (<data_folder>) for each copy of MetaTrader 4 terminal on your computer via the terminal menu or in MetaEditor: File - Open Data Folder.

The update to MetaTrader 4 build 600 is available through the LiveUpdate system. 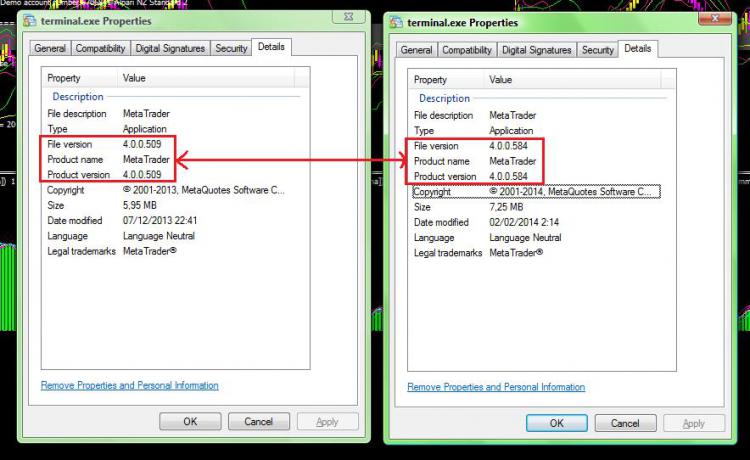 And BTW, My Windows Title still showing different broker, and I still have to close and open after live update instead of restart.

Is it just me or anybody else have the same problem ? 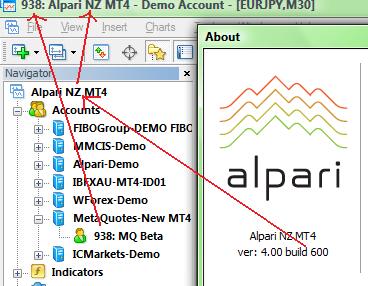 I have no problem setting Portable, but please, change this picture below to the English one, most of us here does not understand Russian and can't use online translator for that picture anyway. 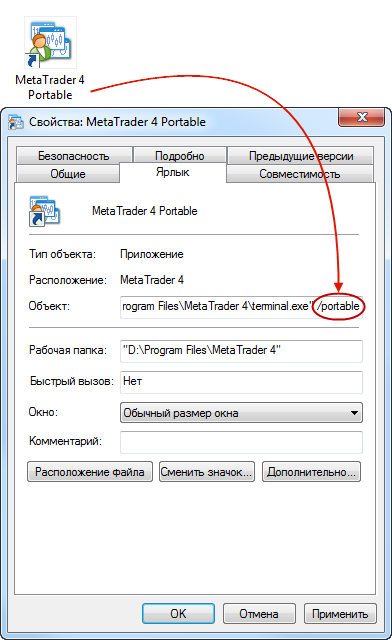 Is it possiable to compile the same Standard Library as MQL5, same file structures, same functions? so we can complie mq5 it to .ex4 under mql4 easily.

The best way is

Hey friends I was using this code well before MT4 updated to build 600.. but now it's not working well.

kindly guide me some one..

I'm updated my MT4, but my anti virus detected this threat.

I have tried to re-download the update from another broker. but same threat came up. 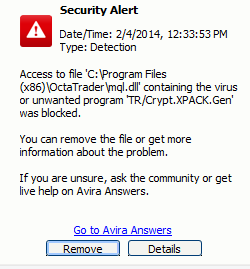 
I'm updated my MT4, but my anti virus detected this threat.

I have tried to re-download the update from another broker. but same threat came up.

Please check digital signature of the terminal.exe file. You have to see something like this


Hey friends I was using this code well before MT4 updated to build 600.. but now it's not working well.

kindly guide me some one..