Friends. After a long work of analyzing the structure of the trading system, a decision was made about major changes in update 1.1 .

So, what awaits us in the new version:

- a global change in the structure of the trading system, which will lead to a decrease in potential profits, but also significantly reduce risks and drawdowns in trade. The life of a trading account will increase significantly

- a change in the settings of the choice of the trading system, now it will remain one (the most reliable) and instead there will only be a choice of aggression due to the possibility of changing the lot. The "Autolot" item will be added when the EA automatically calculates the size based on the current balance and leverage

- We are moving away from the list of recommended currency pairs. Now trade will be conducted on only one, which will reduce the load on the terminal and, again, reduce risks in the event of simultaneous drawdowns on several currency pairs. Now it will be impossible

- the number of orders will increase

Good profit to all

And here are the results of testing update 1.1 with a simulation quality of 99.9%, which is as close as possible to real conditions 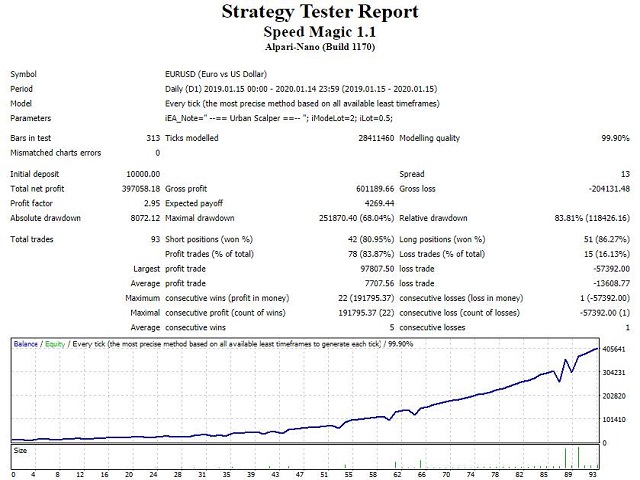 Cherry in the cake specially for my customers. Urban Scalper