Apple - daily reversal to be started (based on the article) 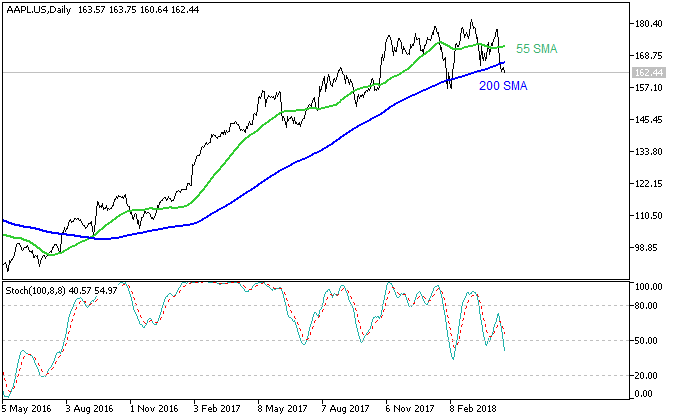 Apple - intra-day recovering (based on the article) 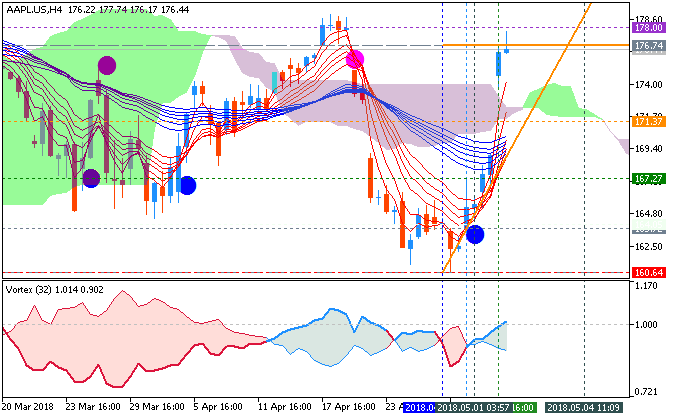 The price is located to be very far from the 50 SMA/200 SMA "golden cross" reversal levels in the primary bullish area of the chart within the following support/resistance levels: 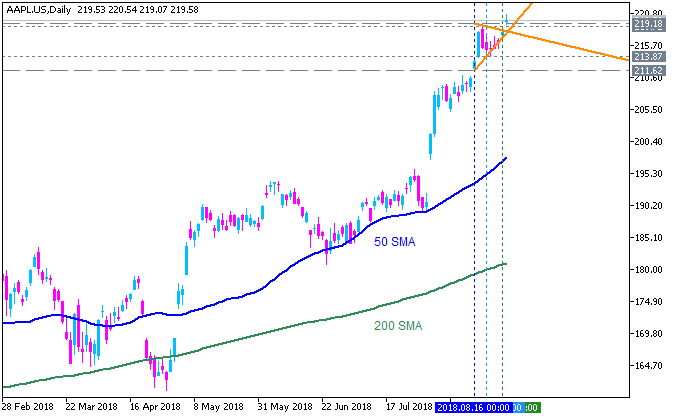 Apple - daily ranging to bullish; weekly ranging bullish; 233 is the key (based on the article) 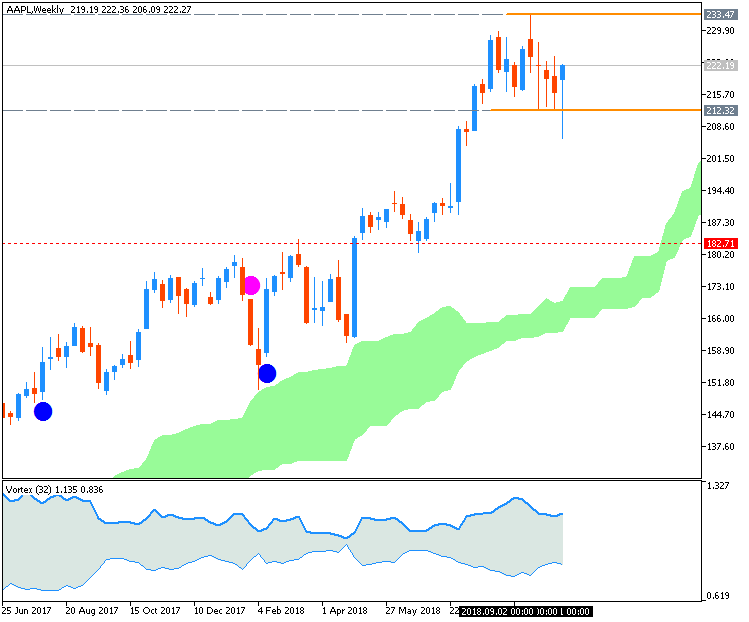 FAANG Stocks - Facebook, Apple, Amazon, Netflix, and Alphabet’s Google (based on the article)

FAANG is an acronym, which stands for the first letters of the five companies Facebook, Apple, Amazon, Netflix, and Alphabet’s Google. These five companies have not only been some of the best-performing large-cap stocks over recent years (although Netflix only qualified as large-cap in 2013, when its capitalization consolidated above the $10 billion threshold), they have defined a zeitgeist, led a roaring bull market, and changed the way many of us live, at least in the world’s more economically developed countries. 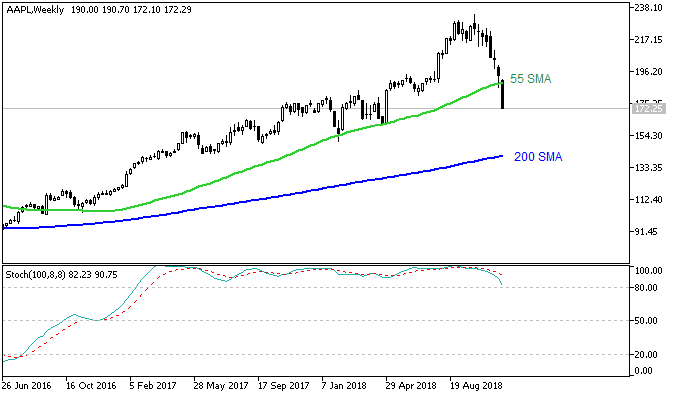 Apple - should we be buying or selling (based on the article) 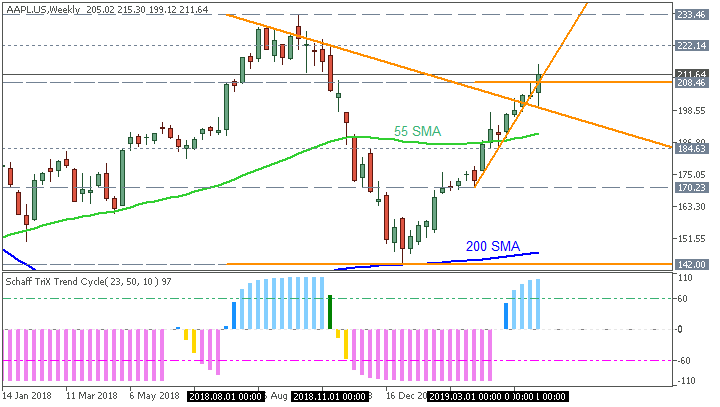 The chart was made on MT5 with standard indicators of Metatrader 5 together with following indicators:

The chart was made with Ichimoku market condition setup (MT5) from this post (free to download for indicators and template) as well as the following indicators from CodeBase: