X2MA universal moving average that displays its higher timeframe values at the current one with the possibility to select a smoothing type from the dozen of possible versions:

It should be noted that Phase1 and Phase2 parameters have completely different meaning for different smoothing algorithms. For JMA it is an external Phase variable changing from -100 to +100. For T3 it is a smoothing ratio multiplied by 100 for better visualization, for VIDYA it is a CMO oscillator period and for AMA it is a slow EMA period. In other algorithms these parameters do not affect smoothing. For AMA fast EMA period is a fixed value and is equal to 2 by default. The ratio of raising to the power is also equal to 2 for AMA.

Indicator X2MA uses the classes of the SmoothAlgorithms.mqh library. Working with that class was described in details in the article "Averaging Price Series for Intermediate Calculations Without Using Additional Buffers". 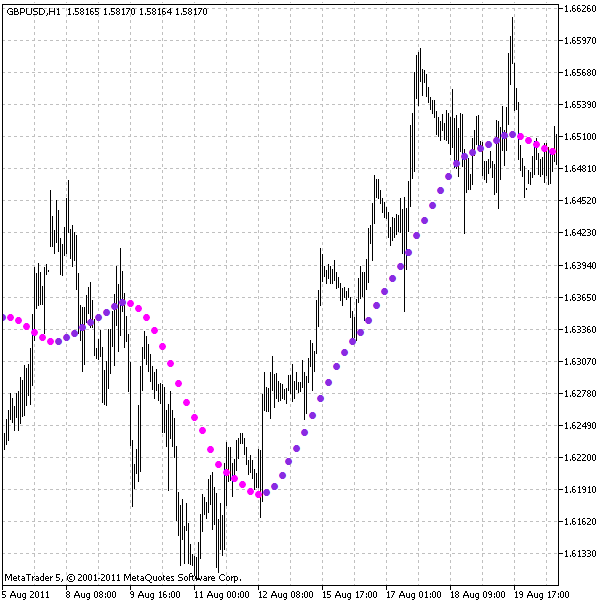 Vertical Horizontal Filter (VHF) shows, if there is a trend or a flat

The typical normalized oscillator varying within the range -100 to +100 and provided with a signal line.

Murrey Lines with calculation at all bars and the possibility to choose a timeframe for lines calculation.