The Mass Index was developed by Donald Dorsey. A special model constructed by the indicator and called 'reversal bulge' should be considered the most important signal from the Mass Index. The reversal bulge is formed when the 25-period mass index, first, exceeds 27 and then falls below 26.5. In this case, the price turn is quite possible independently on the general nature of the trend, and it does not matter, whether prices move up, down or fluctuate within the trading range.

This indicator was first implemented in MQL4 and published in CodeBase on 08.02.2007. 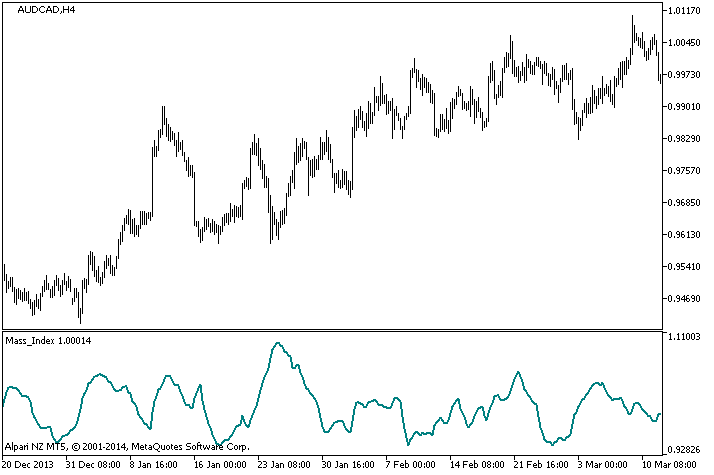 The Chaikin_Volatility indicator with the timeframe selection option available in input parameters.

Special aspects: "holidays problem" is solved (problems arising due to absence of ticks).

This is a moving where effect of retardation is lessened by means of damped cosinusoid defining coefficients' ratios in equation of the linearly weighted average (LWMA).