This is the " Middle-High-Low Moving Average" as described by Vitali Apirin. It is not a single average but rather a correlation of two averages : one being a regular average and the other is an average of highest high and lowest low. Their crosses are showing the current "trend". Used the default parameters proposed by Vitali Apirin — seems that they are rather OK, except by default he is using SMA while I decided to set EMA as the default average method, but I do recommend some experimenting with the parameters.. 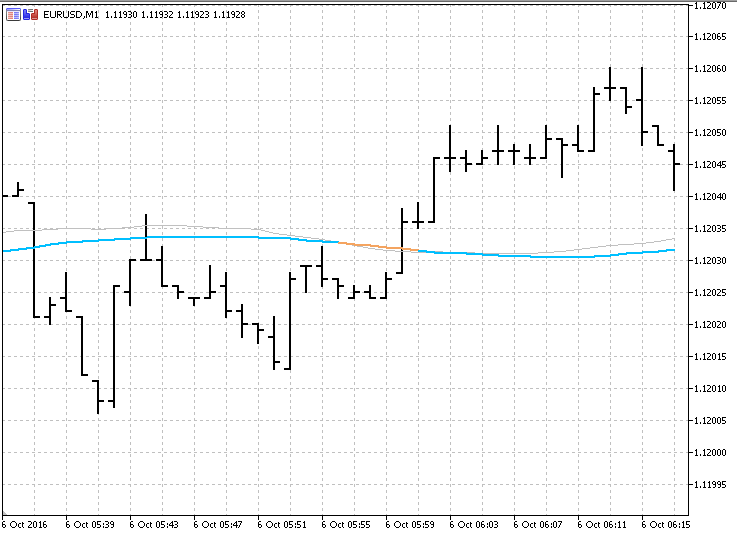 The oscillator based on RSI with adjustable period and color scheme.

The indicator plots the candles based on 4 averages: averages of Open, Close, High, Low.

Another version of the RSI using smoothed prices.