The ZZ Color Retracement based on the Simple ZigZag indicator. In addition to the functionality of the base indicator, the Color Retracemnt analyzes the length of wave movements, highlighting the longer impulse movements in blue and the shorter retracements in red. Medium sized waves are highlighted in gray.

Automation of many graphical constructions, including simple ones like channels, trends (higher highs / lower lows) or Fibo grids, requires defining a "refined movement", i.e. price passing from local minimum to local maximum and from local maximum to local minimum. The ZigZag indicator is most efficient in searching for such movements, as well as in looking for local Highs and Lows.

I have already proposed a simple algorithm for searching local Highs and Lows implemented in Simple ZigZag. The main difference of Simple ZigZag from the conventional one is the much more simple and fast algorithm, as well as the single parameter — typical correction depth.

The ZZ Color Retracement indicator is the development of the idea of automating analytical ZigZag-based constructions. In particular, the indicator detects significant impulse movement and colors them in blue. Short corrective movements are shown in red, while medium flat areas are painted in neutral gray.

The following inputs are used to adjust the indicator: 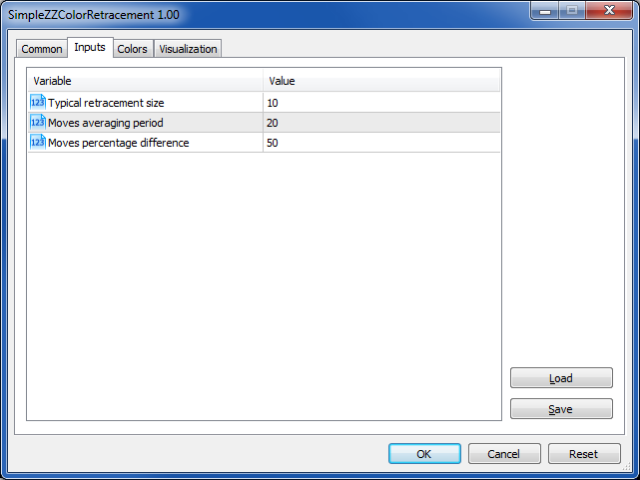 Now, that we have made ZigZag to detect impulse passes, our next step is to apply the Fibo grid. 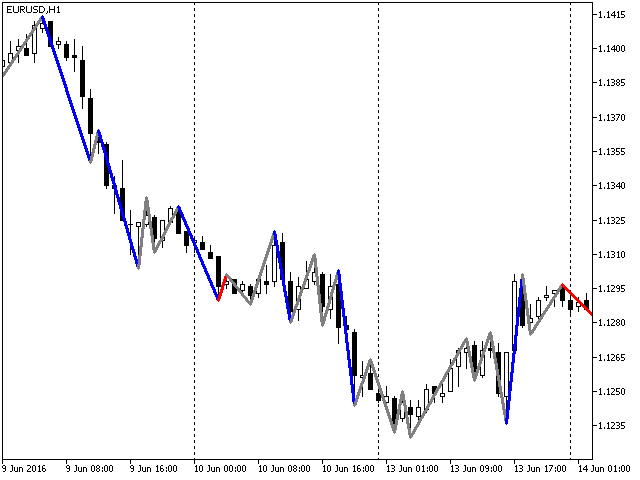 The i-CAiChannel indicator with the timeframe selection option available in input parameters.

Trading system based on the signals of the i-CAi_StDev indicator.

Oscillator with calculations using an algorithm similar to Kaufmann's AMA.

Semaphore signal indicator based on the DSSBressert indicator algorithm.