Forecast and levels for NZD - page 4

[USD - Unemployment Claims] = The number of individuals who filed for unemployment insurance for the first time during the past week. 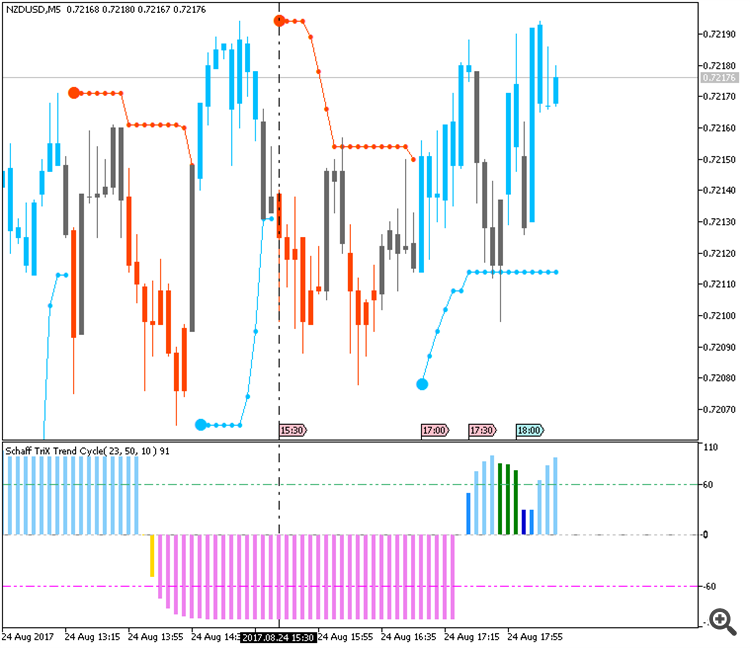 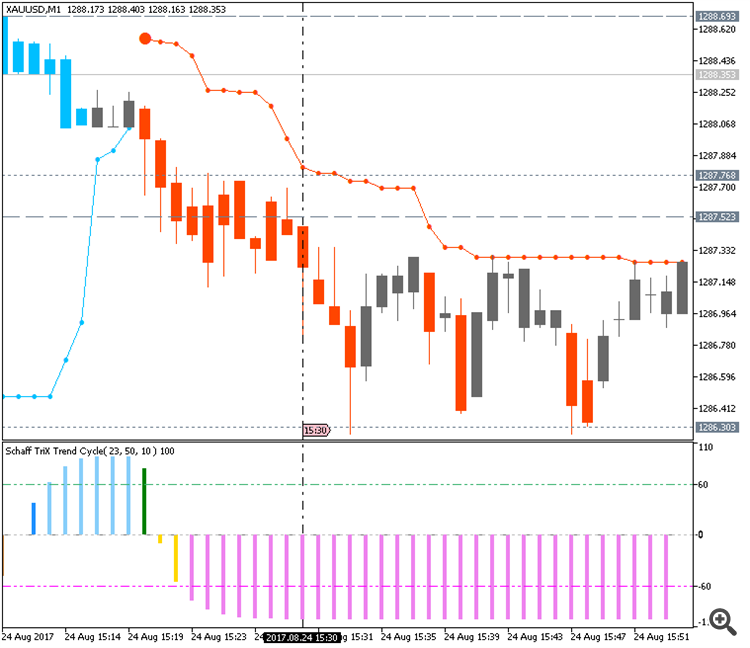 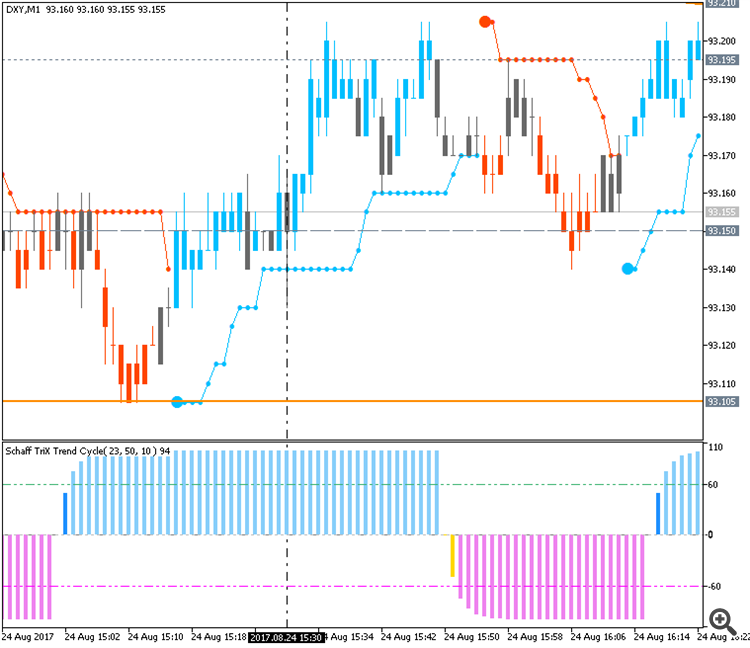 [USD - GDP] = Annualized change in the value of all goods and services produced by the economy. 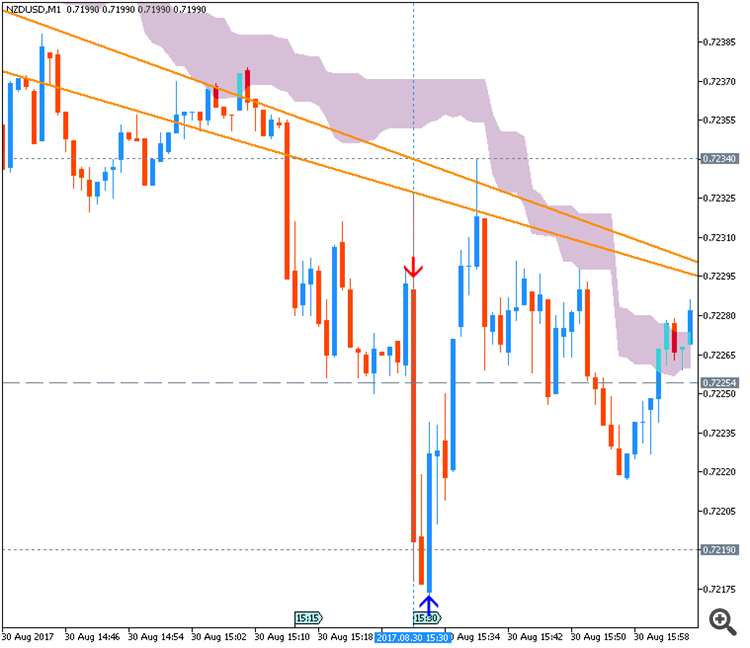 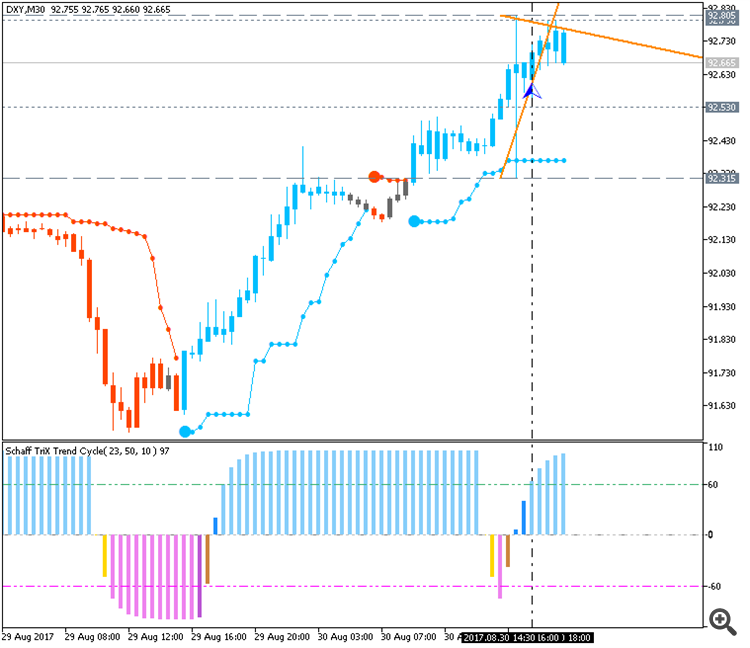 Learn how to design Forecast and levels for Press review 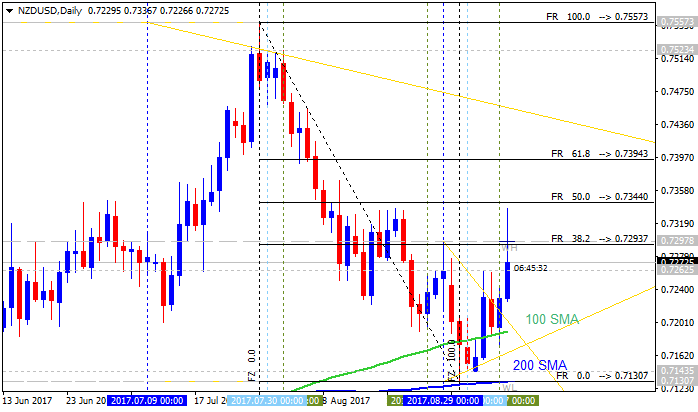 NZD/USD - daily bullish resumed (based on the article) 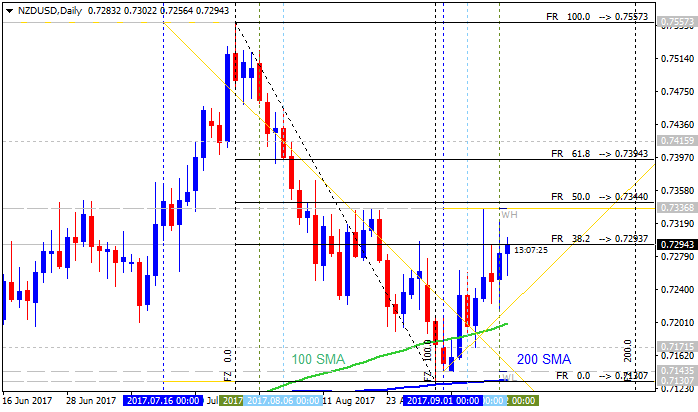 NZD/USD - intra-day breakout with the bullish reversal; 0.7343 is the key (based on the article) 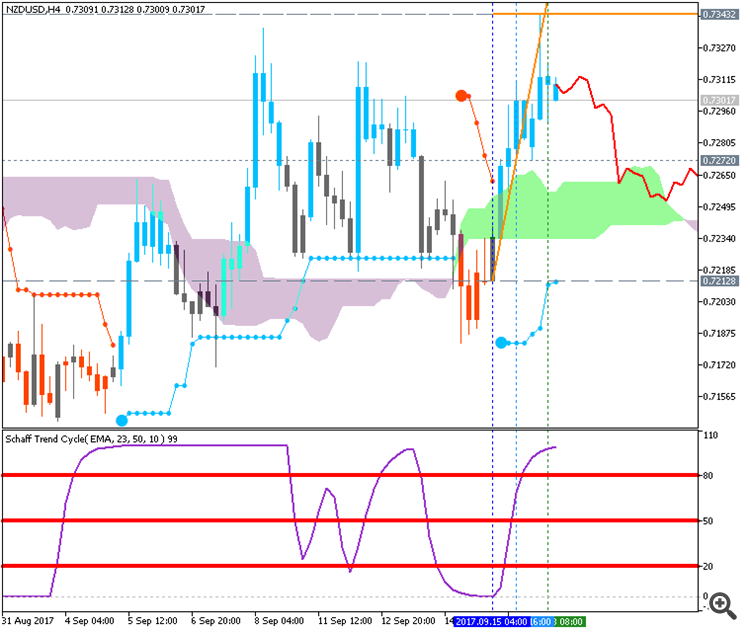 Weekly Fundamental Forecast for NZD/USD (based on the article) 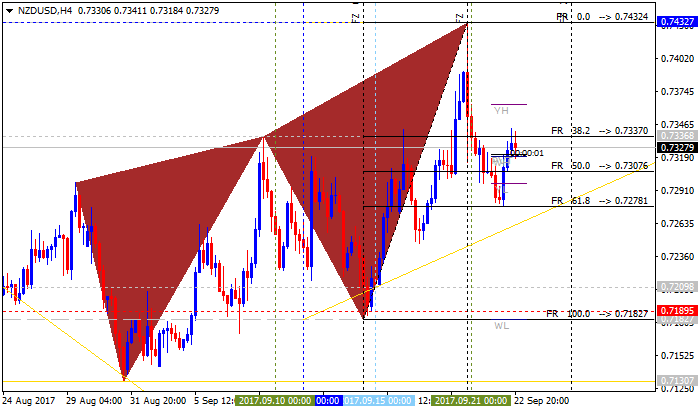 NZD/USD - "The New Zealand dollar remains bid ahead of the election as opinion polls show Prime Minister Bill English as the favored candidate, but fresh remarks from the Reserve Bank of New Zealand (RBNZ) may sway the near-term outlook for NZD/USD as the central bank appears to be on course to preserve the record-low cash rate throughout 2017. Despite the change in leadership, Deputy Governor Grant Spencer may strike a similar tone as his predecessor, Graeme Wheeler, as ‘numerous uncertainties remain and policy may need to adjust accordingly.’ As a result, the, the RBNZ is widely expected to retain the current policy at the September 28 meeting and the central bank may merely attempt to buy more time as ‘GDP in the March quarter was lower than expected, adding to the softening in growth observed at the end of 2016.’ It seems as though the RBNZ will continue to lag behind its U.S. counterpart as the Federal Open Market Committee (FOMC) shows a greater willingness to implement another rate-hike in 2017, and the kiwi-dollar exchange rate may exhibit a bearish behavior going into the end of the month should Deputy Governor Spencer and Co. tame expectations for higher borrowing-costs."

Chart was made on MT4 using iFibonacci indicator and MaksiGen_Range_Move indicator from CodeBase (free to download).

[NZD - Official Cash Rate] = Interest rate at which banks lend balances held at the RBNZ to other banks overnight. 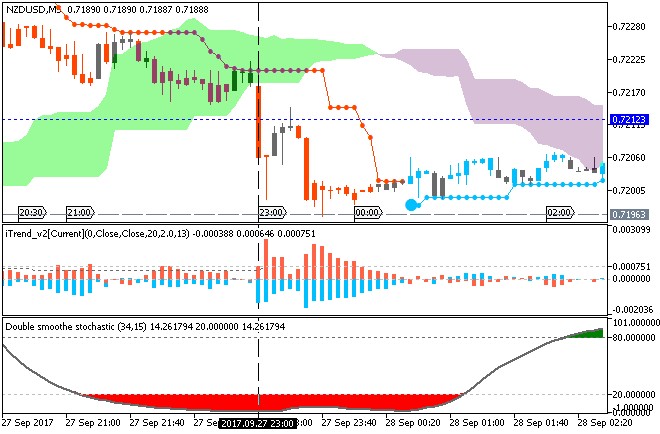 Chart was made on MT5 with Brainwashing system/AscTrend system (MT5) from this thread (free to download) as well as the following indicators from CodeBase:

Learn how to design Press review Forecast for Q1'17 - 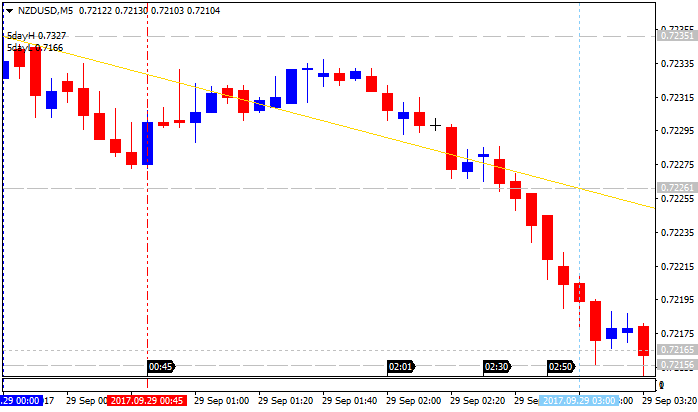 Chart was made on MT4 using 5 day Breakout - indicator and MaksiGen_Range_Move indicator from CodeBase (free to download).

Learn how to design Press review Forecast and levels for

Learn how to design AUDUSD Technical Analysis 2015, Forecast and levels for