The Expert Advisor is intended to be used on Forex hedging accounts. It has not been tested on netting accounts.

When a new position appears, the EA draws a trend line, which can be moved as desired. 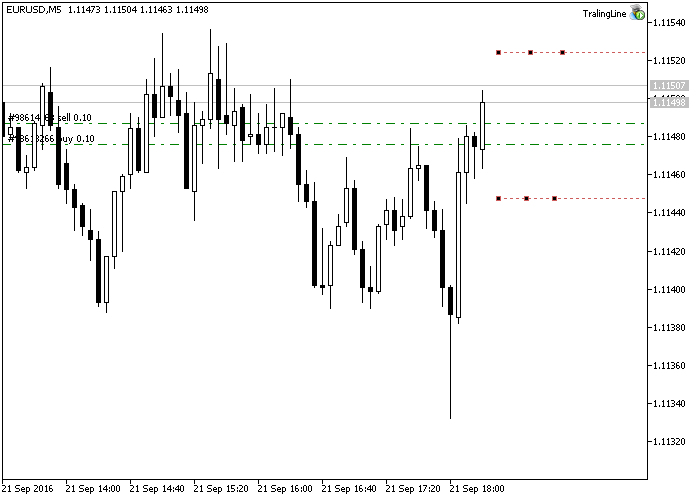 If the trend line is later moved, so that it becomes lower than the Buy position, for example, the EA will generate a message indicating the price and profit or loss with which all positions will be closed. 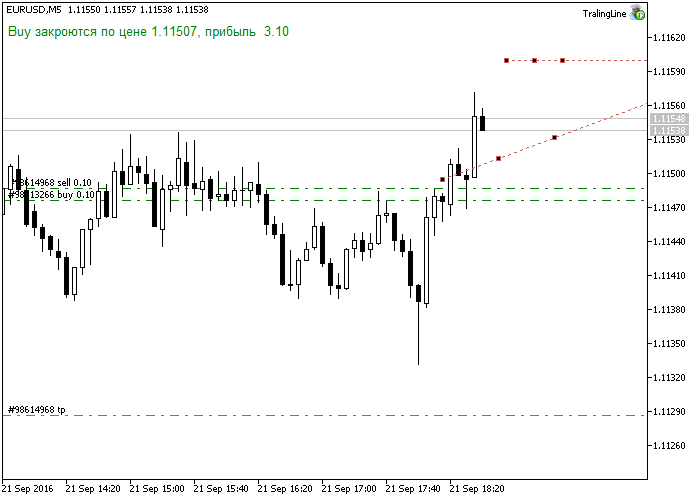 A trend indicator that uses the MACD values multiplied by the averaged price of the financial asset, made as a colored histogram.

The indicator shows the strength of bulls and bears in a simple manner in a single window.

The Waddah_Attar_Trend indicator with the timeframe selection option available in the input parameters.

The Bear_Bulls_Power indicator with the timeframe selection option available in the input parameters.