Is it really necessary to be a programmer to develop trading robots? Do we need to spend years monitoring price charts to be able to "feel" the market? Is it possible for a random entry strategy to survive in the market for quite a long time? All these issues have been discussed in our interview with Dmitry Terentew (SAFF), whose trading robot has been occupying the first page of the Championship from the very beginning.

Hello, Dmitry! Tell us a bit about yourself. How did you start your trading activity?

I am 30 years old. I live in a small town and work as a senior engineer in the Internet service providing company. It all started a long time ago, in 2002. Once I saw stock exchange quotations on TV and became interested. We had a very slow Internet connection at that time and it was a real challenge to download 10-20 megabytes. I did not have much information about online trading before the advent of ISDN.

I studied available materials for several years with long brakes. Then I found your website with plenty of information, articles and convenient MetaTrader 4 trading terminal. I started to explore all that more thoroughly. Then I learned about the Championships and began participating.

So, you have a technical (engineering) background?

No, I was not able to graduate from the institute, unfortunately. I studied in SPbNRU ITMO (Saint Petersburg State University of Information Technologies, Mechanics and Optics). Of course, education is important for my profession. However, my boss believed in my skills when recruiting me. I think, he does not regret about that. In fact, I've created the whole Internet access network from scratch in my town. I was interested in programming since my school years. We had Soviet "Korvet" ("Corvette") computers with BASIC programming language. Now, I program in PHP5, as well as in C. It is necessary to improve the working process. I usually rely on my wit and logical thinking, as well as manuals.

So, you have studied programming on your own? And what about trading? Have you read books or learned from your own mistakes?

Yes, I've learned everything on my own, as I have some spare time at work (I've already been working for 4 years in that company). It is impossible to study trading without books and articles, of course. At first, I decided to use only technical analysis in my activity. I've learned everything from my own mistakes. I had two small deposits at different brokerage companies. They were destroyed. Now, I want to try my luck again. Perhaps, I will be more successful this time. 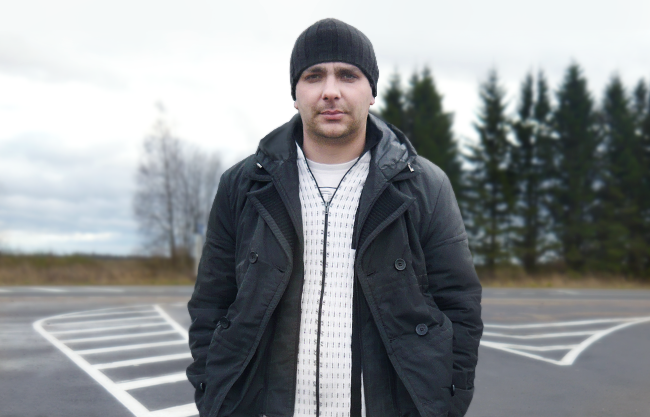 Have you traded manually at first or have you tried to automate your trading activity from the very beginning?

I've tried to automate it right from the start. I didn't have much time to follow the market situation.

Many traders believe that it is necessary to start from manual trading to "feel" the market before moving to the algorithmic trading.

I don't think so. I believe that the automated system should make decisions independently. I think, neural networks are the best solution for that (I have small knowledge of them yet but it seems they represent the future of the automated trading). Computer programs cannot "feel the market". They can only track changes in some parameters (price or indicator values).

I think that the most important thing in trading algorithm is minimization of losses or their rigid limitation by stop levels. Your account should not be destroyed just in three or four deals. I think, traders know that rule - put to risk not more than 2% from the deposit. This rule does not work for the Championship, of course.

But how are you supposed to find ideas for your trading system without monitoring the market?

The program should cope with that on its own, it should also find trading ideas (rules). Neural networks don't have any definite trading idea. The system develops it on its own in the course of training.

Let's talk about your Expert Advisor submitted for the Championship. What rules does it use?

Unfortunately, neural networks are quite difficult to master thought I've already tried to develop something of that sort. My current robot is a simple system using the Moving Average optimized for testing on the period from January 1 to August 1, 2012. It is showing good results for now. The Expert Advisor has been generated by MQL5 Wizard and improved according to the Championship Rules.

Trading based on the Moving Average signals is not possible without monitoring the market. Where do you collect ideas for development of trading robots?

Yes, I understand that. I've read some books, mostly the works of Alexander Elder, as well as the articles on your website and forum. I have not used Elder's strategies "as is". I have borrowed only core trading principles including the rule about 2% from the deposit (this is the basic one). I generate ideas on my own and improve them again and again until I'm sure that a resulting trading robot at least does not suffer losses on different timeframes.

Once I developed a trading robot based on random entry strategy, which considered 2% of permissible losses. I launched it on my demo account and it managed to survive for a couple of weeks.

OK, let's go back to your Championship Expert Advisor. Why does it always trade in 4.9 lots? And why have you selected EURUSD?

EURUSD is the most popular pair of the Championship. Why 4.9 lots? 49 is multiple of 7, while 7 is a lucky number. Well, it brings me good luck for 5 weeks already. I can't call that an intellectual approach, of course, but luck is quite important thing during the Championship. I don't want to trade with more than 5 lots, as I don't want to leave leading positions too quickly. My deposits have not been completely destroyed during the previous two competitions. I hope that my account will survive again.

So, that is not your first competition! What were your previous achievements and what strategies have you used that time?

In 2011, my trading robot traded randomly and finished on 302nd place out of 400 participants. In 2010, it occupied 159th place out of 300 participants (I don't remember the strategy, unfortunately). Speaking short, I like to try different strategies. I hope, I'll manage to prepare a multicurrency Expert Advisor based on a neural network next year, as I like this idea.

Your robot's trading style is quite unusual. It is always in the market opening a long position right after closing a previous one. Why does it behave in such a way?

The popular quotation "Every cook can run the state" can be applied to the Championship. Every user who knows MQL5 at least to some degree can develop an operational trading robot.

Code Base contains a few dozens of modules for generating Expert Advisors using MQL5 Wizard. Have you seen them?

So, it seems that you have not had any difficulties with the modules for the automatic generation of robots in MQL5 Wizard?

I have not seen anything too complicated. All is quite simple. I've spent a few hours plus some more time for passing the automatic tests. It is not difficult to read a ready-made code if you have at least some knowledge of programming. However, I am a network engineer rather than a programmer.

Have you tried to optimize your Expert Advisor on other currency pairs?

Why do most traders choose EURUSD?

I can't answer for all traders, of course. I think, a trading symbol is not important at all. In any case, we are dealing with some constantly changing value. Our task is to predict its future movements using some algorithm. EURUSD is widely used in trading manuals and guidelines. I guess, that is the secret of its popularity.

Have you ever tried to develop a multicurrency trading robot? Why are they not so popular at the Championship comparing to simple Expert Advisors?

No, I haven't. But I want to master that subject and prepare a multicurrency Expert Advisor based on a neural network by the next Championship. I believe that different pairs require different price prediction algorithms. A neural network should cope with that.

What can you recommend to those who has just discovered the world of algorithmic trading?

Do not be afraid to experiment and try some new methods. Read, learn and try! Remember that only he who does nothing never errs.

And finally, why do you need trading at all?

It is a good exercise for my mind in my spare time.

Thank you for the interview, Dmitry. We wish you good luck in everything including the development of trading robots, of course.

I also want to wish good luck to all the Championship participants and spectators!

Today we talk to Anton Nel (ROMAN5) from South Africa, a professional developer of automated trading systems. Obviously, his Expert Advisor just could not go unnoticed. Breaking into the top ten from the very start of the Championship, it has been holding the first place for more than a week.

It's the second time Matúš German participates in the Automated Trading Championship. By the end of the fourth week of ATC 2012 his Expert Advisor has been holding its positions in the TOP-10 having about $30 000. Matúš is from Slovakia, from the little town Bardejov. Matúš is interested in trading for about 5 years and he develops Expert Advisors for 3 years already.

How to Test a Trading Robot Before Buying

Buying a trading robot on MQL5 Market has a distinct benefit over all other similar options - an automated system offered can be thoroughly tested directly in the MetaTrader 5 terminal. Before buying, an Expert Advisor can and should be carefully run in all unfavorable modes in the built-in Strategy Tester to get a complete grasp of the system.