As December 28 is approaching, the list of leaders of the Automated Trading Championship 2012 is becoming clearer. With only two weeks to go until the end of the Championship, Mariusz Zarnowski (zrn) from Poland stands a good chance to be in the top three. His multi-currency Expert Advisor has already demonstrated how it can triple the initial deposit in just a couple of weeks. Mariusz is taking part in the Championship for the fourth time and has shared his exciting experiences with us in the below interview.

Hello Mariusz! Can you tell us a bit about yourself - where you come from and what you do?

I am from Lublin, Poland. I hold a Bachelor's Degree in Computer Science from the Maria Curie-Skłodowska University (MCSU), Lublin and currently work as a programmer for a brokerage firm in Warsaw.

How did you get into trading in the Forex market? Was it before you started working for a brokerage firm?

Yes, it was in 2006, if I am not mistaken. While looking for a job in the Internet, I came across a website that described the rules of market trading with leverage. I found it interesting and decided to give it a try.

My first encounter with algorithmic trading was a few months later. I then got carried away even more, especially with the thought of being able to trade automatically using a robot. After a while, in 2007, I learned about the Automated Trading Championship and participated in it with one of my first robots.

In about a year, when I gained some experience and start-up capital, I opened a real account. 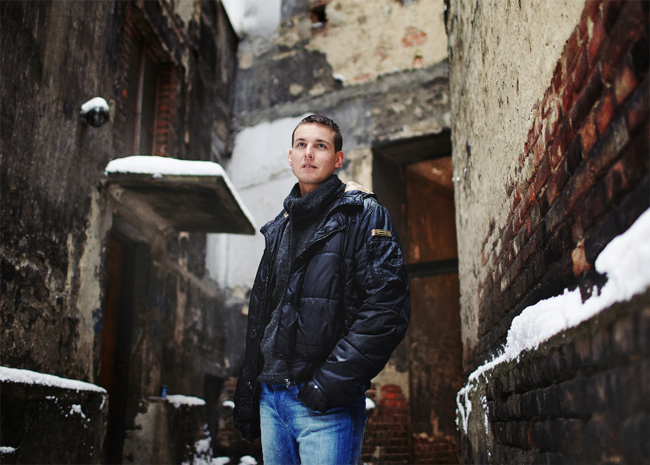 Participation in the Automated Trading Championship is a valuable experience. You can read the published materials to learn more and get to know the new trends in automated trading. For example, I saw Better's triumph in using his neural network in 2007 and got very interested in neural networks. And of course, the Championship is a place where you can meet people from all over the world who share the same interests with you.

Looking back at my previous systems, I now realize how glitchy they were. If I had to use them today, I would not have given them a chance, not even on a demo account. In my old systems, I did not pay as much attention to money management as I do now.

I fell to creating multi-currency systems in 2010. This is where MetaTrader 5 with its advanced Strategy Tester appeared to have greatly facilitated the process of creating and testing EAs. By the way, all of my systems have one thing in common - they are based on different variations of the moving average.

You went through the registration process and were going to participate in the Automated Trading Championship 2011 but did not take part after all. Why?

It was a busy period and I simply did not have enough time to get myself ready with a profit-making Expert Advisor.

You have just mentioned that your EAs share one common feature - all of them are based on moving average. What other indicators, patterns or strategies do you find potentially productive?

I am a big fan of neural networks and other self-learning systems. Only self-learning algorithms are capable of handling constantly changing market environment and volatility. I believe the future of trading lies with such systems.

The majority of the Championship participants favor aggressive money management. What is your choice this year?

The Championship environment makes it hard to get to the TOP without aggressive money management. One of the money management rules I stick with in my Expert Advisor is aimed at smoothing the balance curve by entering the market with a bigger volume following a losing trade.

After losing half of your initial deposit over the first month of the Championship, your Expert Advisor then managed to quickly regain its position and reach an advantageous level of $45.000 in only two weeks. What was behind these developments in your opinion?

In my Expert Advisor, the direction in which a position opens is predetermined for three out of the four pairs it trades. I have wrongly anticipated that EURUSD would be dropping during the Championship. The second reason is that my system is a trend system which is designed with a good price movement in view - around 150-200 pips. But volatility has turned out to be not that high.

The description of your Expert Advisor says that four currency pairs are used - EURUSD, USDCHF, EURJPY and GBPJPY. What has driven you to make such a choice?

I got the best results on these pairs when backtesting. Besides, the fact that EURJPY and GBPJPY do not correlate much with EURUSD allows you to diversify the portfolio which is pretty hard when you simply choose trading pairs.

You have said that you opened a real account a few years ago. Has the trading worked out well for you? Have you managed to make a million?

I opened a lot of real accounts with various brokers. At times I could earn over 1000% in a month. Yet there were times where I was completely ruined blowing my account to 0 and even below. At this point, it is difficult to say whether or not I have profited from trading after all. I think I must have gone slightly in the red [laughing]. But I am only 30 with many years of trading ahead of me and the worst and most disadvantageous experiences being left behind.

How do you consider your chances to win or get in the top three? What do you expect to see in the last two weeks?

If EURUSD fiercely goes down, my Expert Advisor will be working on all four pairs thus getting a chance to win. Otherwise, I will most likely end up in the top 20. This year, my performance in the Automated Trading Championship has come as a pleasant surprise. I have expected to at least finish with positive results which is the aim I have set for 2012.

It is hard to predict the market behavior in the last two weeks of the year. Major companies make their annual reports and balance sheets. Macroeconomic performance all across Europe is still uncertain. In this situation it is difficult to make any forecasts.

How would you spend the prize money, if you won the Championship?

There is a saying "Don't count your chickens before they are hatched". It would be great to get the prize but at the moment I cannot say how I would spend the money.

There must be an Expert Advisor taking part in the Championship that you like better than the rest, apart from your own of course?

My attention was first caught by the system developed by Janusz due to the number of trades it executes. I also found it interesting that he managed to adapt his decision-making model based on the neural network to the hourly time frame. At this point, I think that aler's system is best suited for the real market.

And traditionally, would you like to say a few words to other participants?

Thank you for the great interview, Mariusz! We wish you every success!

Warning: All rights to these materials are reserved by MetaQuotes Ltd. Copying or reprinting of these materials in whole or in part is prohibited.
Last comments | Go to discussion (2)

a rank below me, and no interview for me. :(

Machine Learning: How Support Vector Machines can be used in Trading

Support Vector Machines have long been used in fields such as bioinformatics and applied mathematics to assess complex data sets and extract useful patterns that can be used to classify data. This article looks at what a support vector machine is, how they work and why they can be so useful in extracting complex patterns. We then investigate how they can be applied to the market and potentially used to advise on trades. Using the Support Vector Machine Learning Tool, the article provides worked examples that allow readers to experiment with their own trading.

The Expert Advisor of Evgeny Gnidko (FIFO) currently seems to be the most stable one at the Automated Trading Championship 2012. This trading robot entered TOP-10 at the third week remaining one of the leading Expert Advisors ever since.