The Championship is coming to an end leaving us with vivid impressions of many unusual trading strategies. However, the trading robot of Sergey Pankratyev (s75) is showing really peculiar things - it is trading all 12 currency pairs opening only long positions. Interviewing the developer of this Expert Advisor, we found out that this is not an error but just a response to some certain market conditions.

Hello, Sergey! You have signed up to the Championship during the last possible days but you do not look like a newcomer. Tell us a little about your trading activity.

I cannot say for sure when exactly I've become interested in trading. I can only say that MetaTrader 5 was released a year later. I traded manually for a month and then learned about MetaTrader 4 and decided to try automated trading systems.

Why have you decided to switch to trading robots so quickly?

I've had no desire to constantly sit at my computer lost in anxiety.

So, one month was enough for you to grasp the basics of trading. How much time did you spend mastering MQL4?

I am a programmer and C is my "native" language, and it is very similar to MQL4. Therefore, I developed my first indicator in a couple of days.

Many developers believe that the automated trading is not an ultimate solution, as traders still interfere with robot's operation violating their own implemented rules. Have you experienced something like that?

I even cannot remember the last time I looked at candlestick charts. I have no problems in this regard.

Do you think it is necessary to pass through all psychological problems common to manual trading to better understand the market, or development of a trading strategy can be a purely technical issue?

Perhaps, it is necessary to pass through psychological problems only to assess the benefits of the automated trading. However, this is only my point of view. I've never performed a fundamental analysis, only a technical one. More precisely, my robot analyzes "news" tracking the market reaction.

But where do you find ideas for your trading system if you do not observe the market?

I have more than 10 years of experience in processing electromagnetic "noisy signals". They are not market ones, of course, but still they are very similar to them.

What is your educational background and what do you do for a living?

I have a degree in Science (USATU and USPTU) and I am a chief process engineer working at a manufacturing company. 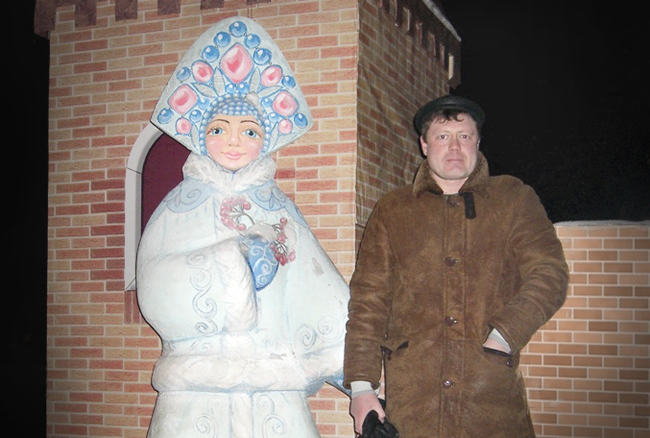 In fact, it trades 12 pairs. I don't use the committee of Expert Advisors, only a single complex one. Ratios, indicators and algorithms are involved in "fitting". MetaTrader 5 is perfectly suited for that.

Well, we can see only deals on 10 pairs in history. Where are the other two? No appropriate conditions for trading?

Perhaps, these positions have not closed yet preventing them from entering the list of closed deals, see https://championship.mql5.com/2012/ru/users/s75 - there are all 12 of them.

Yes, you are right. Does your trading robot use a single strategy with different parameters at each symbol?

In general, yes. But these parameters are corrected right in the program according to the market entry and exit results.

Your Expert Advisor has been performing only long deals. Why?

That has happened due to certain market conditions. Implemented algorithms have reacted in such a way.

Now, we can see that your Expert Advisor has performed long deals at all 12 symbols right at the start of the Championship. Can it be an algorithm error?

When my Expert Advisor "does not know" what to do, it opens a long position. That is "always-in-the-market" strategy. Hedging is the main purpose of applying the multicurrency version. I have not had enough time to remove some inefficient or poorly fitted symbols.

But did your Expert Advisor perform sell deals during the preliminary tests? And what was the profit obtained in the tester, if I may ask?

Let me just show you an extract from the report:

The idea of hedging is not new, of course. It was greatly popularized by Bulgarian Participant Manov at ATC 2010. Does your Expert Advisor have something to do with his ideas?

No, it does not. However, I've noticed his trading robot in 2010 and liked his tactics of "adding". I want to do something similar and less risky. I've already started development but it is incomplete so far.

Your Expert Advisor is operating on H2. What is so special about it?

The actually used time frame is rigidly implemented in program settings. Therefore, the time frame of the current chart is not used. This method is traditionally more convenient for me causing less confusion.

Manov's strategy was successful in only one of the three Championships. What is the reason, in your opinion?

I think that this strategy should be correctly combined with hedging, also it is necessary to pay attention to indicators. As far as I understand, Manov's trading robot has not considered the "past" events (indicators).

What are the general principles of your trading robot?

I used the tester to fit (select the most suitable) charts, functions and ratios, including SL and TP values. I also analyzed statistics on market entry/exits which was corrected during the autonomous operation.

How serious was the optimization in your case? Did it demand considerable resources?

The system was tested for about a week, till I developed the methodology. After that, I managed to reduce the testing period down to one day (I used dual-core Intel 2GHz, 2GB RAM). I used different intervals: from January 2012, 2 months, 1 month, week. М1 time frame and "Open prices only" mode were used in the tester.

Why haven't you used MQL5 Cloud Network? It would have saved much time.

I've tried it (not in this case though), but the effect was inconsiderable. The applied test algorithm did not allow any other method of testing because statistical data during test passes was written to the data file located on my PC (the tester was used in non-standard way).

Note from the Organizers: Actually, it is no longer a problem to receive large data arrays from test agents (including the use of MQL5 Cloud Network). See the following forum thread: https://www.mql5.com/en/forum/6411 and the article Visualize a Strategy in the MetaTrader 5 Tester.

How are deal volumes at each symbol selected?

Speaking about the risks, if your Expert Advisor had traded with twice as large volume, would it have come first or would not have survived till the competition end?

The greater the risk, the greater the likelihood of both rises and falls. My objective is not to fly too high but to test another version of my trading robot. I have taken the most acceptable risks (according to the test results).

It is believed that a good strategy must be simple. But don't you think that your strategy is too simple to be true?

Well, let those who think it to be simple develop something similar and try to receive better results.

Your Expert Advisor has 15 subscribers in Signals service. Have you thought about creating paid signals based on your strategies?

No, I haven't. But the idea seems to be interesting. I rarely visit Forum and News in recent times.

We will not ask who is most likely to win in the Automated Trading Championship 2012. But who is the most worthy of that from the current TOP-10, in your opinion?

All Participants deserve victory. The market will define the luckier ones.

What would you say to those who have not managed to show profit during the Championship? What would you like to wish to all the Participants and Spectators?

Thank you for answering our questions, Sergey. We wish you good luck!

How to Prepare MetaTrader 5 Quotes for Other Applications
The article describes the examples of creating directories, copying data, filing, working with the symbols in Market Watch or the common list, as well as the examples of handling errors, etc. All these elements can eventually be gathered in a single script for filing the data in a user-defined format.

Interview with Alexey Masterov (ATC 2012)
We do our best to introduce all the leading Championship Participants to our audience in reasonable time. To achieve that, we closely monitor the most promising contestants in our TOP-10 and arrange interviews with them. However, the sharp rise of Alexey Masterov (reinhard) up to the third place has become a real surprise!

Interview with Sergey Abramov (ATC 2012)
The trading robot of Sergey Abramov (26405) is staying in TOP-10 since the second week. However, it caused much anxiety for its developer. As it turned out, the robot contains a small error in position close block. The robot has been developed almost exclusively on the basis of the past years' results.