Hello, Ruslan! It is the first time you are participating in the Championship and you are already close enough to a winning position. Where are you from and how long do you deal with the automated trading?

I live in the Far North in Khanymey village of Yamalo-Nenets Autonomous Okrug. I started developing Expert Advisors a year ago after I tried to trade manually using the terminal of VTB24 Bank called onlinebroker. Then VTB24 offered MetaTrader 5 platform. While using the platform, I also had some MQL5 programming experience. At first, I did not have enough knowledge, as I was not quite good at C++. My daughter Elvira, who is a programmer and mathematician graduated from Tomsk university, helped me to master all the peculiarities of the language.

First of all, I tried to generate Expert Advisors and test them. Then I decided to develop trading robots following my own mathematical models. I selected the Expert Advisor based on ATR and started to improve it. As a result, I had about 15 Expert Advisors based on various models at the beginning of the Championship. I have chosen the most reliable of them according to the test results. However, the final optimization has been performed on a light-duty netbook, as I was on vacation that time having a rest in one of the Altai health resorts. Therefore, the number of test passes was small. Now, I use the remarkable feature of the strategy tester – connect all available home PCs to perform optimization works. That helped me to increase productivity as much as eight times.

Judging by your answer, you have a good mathematical background. What do you do for a living?

I work in the department of instrumentation, automation and remote control of one of the Gazprom Neft's oil-extracting enterprises. I do not have a mathematical background but I graduated from Tomsk Institute of the Automated Control Systems and Radioelectronics (TIASUR, now it is TUSUR) as an engineer-physicist. Math has always been my favorite subject.

What does the name of your trading robot Zirus mean?

That's simple - it is made of the letters of my first and second names - ZIyatdinov RUSlan. 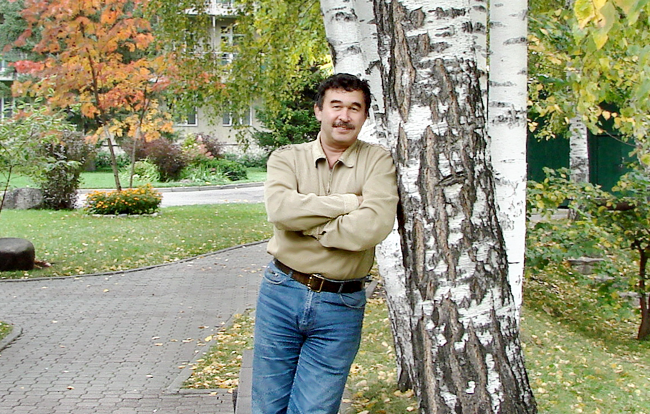 You have prepared well for the Championship having as many as 15 versions of the trading robot! It seems that you are in constant search of new ideas. Where do you find them?

When I started developing Expert Advisors, I had little success, at first, as programs behaved in quite a different way than they were supposed to. They did not execute the implemented algorithms. However, it all improved in the course of the learning process. Finally, I was able to implement my ideas. The search for new ideas is going on continuously. After all, changes in a single condition generate a completely different Expert Advisor with a completely different behavior.

So, you don't have experience in writing MQL4 programs. Does this fact cause any difficulties in mastering MQL5 language and MetaTrader 5 terminal?

Yes, I have started right from MetaTrader 5. I don't know if I had any difficulties but I think that I feel more and more accustomed to MQL5 environment. However, I still have a lot of things to learn but there is enough room for creativity already.

Have you developed your indicators? What is more difficult to create - an indicator or an Expert Advisor?

I have not developed my own indicators yet, though I have some ideas. Expert Advisor development is much easier for me, so far. I use only one built-in ATR indicator in development.

You have said that you used your own mathematical models. What trading tool is more reliable, in your opinion - a simple standard indicator or a modern indicator based on science achievements?

When I was trading manually on a demo account, I noticed that trading based on the intuition is often more profitable than the indicator-based one. Thus, I believe that an Expert Advisor should be developed based on a preliminarily prepared model to have more chances to make profit. All indicators have a probabilistic component. The impact of this component is more significant when dealing with history data than in real trading.

In fact, the trading itself is rather probabilistic by nature - you may suffer a loss or you may not, like in that popular joke about the odds of meeting a dinosaur in the street. Do you agree?

Of course, the market movements are predicted with some probability. The most cherished dream of each trader is to catch a trend. Thus, the search for the profitable Expert Advisor is an endless activity. I have heard about neural networks but I have not come to know them better yet, unfortunately. I will try them when I have enough time. The market requires a different approach each time and does not accept rigid rules resembling a living being.

Judging by your avatar, you are a cheerful and sociable person. What are the main qualities of a successful trader?

Well, if a trader uses a profitable trading robot then that trader has all reasons to be cheerful. :) I don't have much experience but I think that a trader should have iron nerves, unemotional and calculating mind and ability to outsit the losses if that is the part of the plan. Considering all this, the automated trading is the best solution.

How would you briefly describe your trading system?

In general, the robot probes the market conditions searching for a trend and waiting till the market starts moving in the necessary direction.

This is exactly what we can see now - the percentage value of profitable trades is not very high, which is typical of trend strategies. It is not a usual case at the Championship. How did you find such a strategy?

Opening positions with a rigidly specified lot always leads to significant losses, until the trend is formed. Thus, I decided to enter the market in small lots over some certain periods of time within a defined profit "channel". This method increases the chances of finding a trend with minimal losses.

However, trend strategies are also known for their considerable drawdown. What were the results of the automatic tests? What was the drawdown and the profit?

The automatic tests from January 1 up to August 1, 2012 showed only $4 000 of profit. I don't remember the drawdown. My own tests were more promising showing $50 000 of profit. By the way, tests from October 1, 2012 up to present day do not show the same brilliant results, as the Championship ones.

The market was very favorable to my strategy during the Championship. There were many long-term trends that allowed my trading robot to make more and more profit. If the market becomes more volatile, my Expert Advisor will suffer long drawdowns and significant losses similar to the ones at the beginning of the Championship. But the market has been showing reliable long-term trends instead allowing my Expert Advisor to reach TOP-10.

Your Expert Advisor is trading the most popular symbol on M30. What is so special about this time frame? If we examine the chart, we can see that the trends can actually be seen more clearly on M30. Did you know about that beforehand?

No, I didn't. I tried different time frames. It seems to me that М30 reflects the market dynamics, as well as its trend.

You are adding 0.5 lots to your position. Tell us a little about your money management system. Is it based on averaging? When do you decide that it is time to stop?

There is no averaging in my money management system. If floating losses exceed 700$, a position is closed and opened in the opposite direction at 0.5 lots. It is quite interesting - the less is the position volume, the more volatile market is acceptable when increasing the volume. Therefore, maximum volumes are rare in my strategy, as you may have noticed.

So, your profit was not too small during the preliminary tests in the tester. How do you feel about occupying one of the leading positions at the end of the competition. Have you expected that?

Well, considering the results of the preliminary tests, it would be too bold to expect such Championship results. The market behaved in the way that was expected by my Expert Advisor. The fact that my trading robot has been accepted for the Championship after all that multiple tests and corrections is a great achievement in itself. Thus, it was a pleasant surprise when I found my trading robot in ТОР-10.

Have you tried to develop a trading robot for other currency pairs or have you focused your attention exclusively on EURUSD?

No, I haven't. I have not realized all possible ideas for EURUSD yet. When I was trading manually on a demo account, I discovered an interesting correlation between currency pairs allowing traders to receive a stable profit. I used Excel to create the charts of correlations between different currencies in real time and generate signals for performing deals. It would be good to implement that in a multicurrency Expert Advisor.

So, you want to develop a multicurrency trading robot? What prevents you from doing that?

As I've said, development of a multicurrency trading robot will be my next objective. Until then, I need to create the appropriate mathematical model for such a robot considering my limited experience in searching for correlations between currencies.

There are as many as 4 multicurrency Expert Advisors in TOP-10 at the moment. How do you evaluate their chances for success?

All Participants can be successful but I think that multicurrency Expert Advisors are more likely to succeed.

Thank you very much for the interview, Ruslan. We wish you good luck during the last week of the Championship!

I want to thank the Championship Organizers for the opportunity to test my skills in the automated trading along with the most experienced professionals in the field. Good luck to all the Championship Participants! Remember that everything is in your hands.


I would also like to wish good luck to those who have not been accepted to the Championship. Just go ahead, try again and win!

Warning: All rights to these materials are reserved by MetaQuotes Ltd. Copying or reprinting of these materials in whole or in part is prohibited.
Last comments | Go to discussion (1)

As December 28 is approaching, the list of leaders of the Automated Trading Championship 2012 is becoming clearer. With only two weeks to go until the end of the Championship, Mariusz Zarnowski (zrn) from Poland stands a good chance to be in the top three. His EA has already demonstrated how it can triple the initial deposit in just a couple of weeks.

The trading robot of Sergey Abramov (26405) is staying in TOP-10 since the second week. However, it caused much anxiety for its developer. As it turned out, the robot contains a small error in position close block. The robot has been developed almost exclusively on the basis of the past years' results.