It was only this summer that Vitaly Antonov (beast) has learned about the upcoming Automated Trading Championship and got to know MetaTrader 5 terminal. Time was running out, besides, Vitaly was a newcomer. So, he randomly chose GBPUSD currency pair to develop his trading system. And the choice turned out to be successful. It would have been impossible to use other symbols with the strategy.

Have you already participated in the previous Championships, Vitaly?

No, this is the first time I'm taking part in the Automated Trading Championship. I knew about Forex long ago. But it was only in May that I occasionally saw an advertisement and decided to study the foreign exchange market more closely. It was a plain interest, I just wanted to know better what Forex is.

You mean that it was only half a year ago that you got to know the terminal and the Championship? But, nevertheless, you've managed to write the Expert Advisor and now you are fighting for the prize. How is this possible?

To be precise, I came to know about the Automated Trading Championship and the terminal less than half a year ago - in July. "How is this possible?" - I think that Forex trading is a game, it's something like a casino, etc. And it is said that beginners are lucky in such a games. The strategy that I've implemented in my Expert Advisor does not have any rigorous justification. Therefore, I think that the profit gained by my trading robot is a pure "luck" in some sense.

MACD and probability theory are mentioned in the Expert Advisor description. Do you have some relation to Math?

I am a student and I study applied mathematics and physics.

I was sorting various strategies at first and then I was trying to use different mathematical models with them. So, I consider both theory and practice (technology). I think that both aspects are important for a successful trader.

Where have you got the ideas?

I read a few books about market trading, though I don't remember the authors already. But I quickly realized that I was just wasting my time because the authors never revealed any concrete things. But I can understand them. They are not interested in disclosing any of their trading methods and strategies.

I've examined comments at mql5.com forum. It is possible to find something useful there! 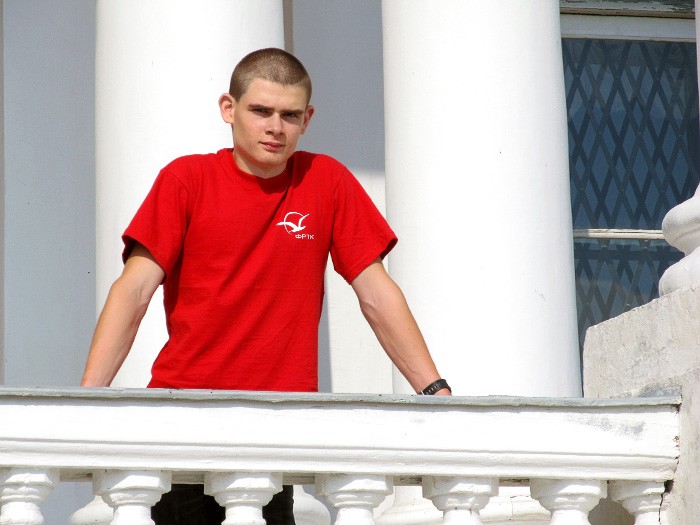 Why have you chosen GBPUSD?

I've selected it occasionally and used it to perform all further calculations. I tried some other pairs but only after all the calculations had been finished. But since each pair has its own features, the Expert Advisor always failed when working with them.

Do you have your own understanding of the market and its principles?

I think that all market movements are somehow connected to the world events. I haven't found any definite connection yet and perhaps I won't be able to do that in the nearest future, as it is a rather time consuming task. Therefore, all market processes are deemed to be random and I describe them using the mathematical model that allows to calculate the probability of various events.

How quickly have you managed to learn MQL5?

I knew the languages С and С++ before I got to know the terminal. So, I didn't have any problems while learning MQL5. I mastered it pretty quickly. There were two most helpful things during the learning process - Documentation and mql5.com forum.

I have written the code the way I used to do it - from scratch. Therefore, I have deleted everything MQL5 Wizard had created by default. There are no log entries, as the algorithm is simple and I can easily understand what my Expert Advisor is doing.

The trading robot contains MACD indicator. When the Expert Advisor receives a buy/sell signal, it calculates the probability of the fact that the price will actually fall/rise. Depending on received results and the current balance, a lot size is calculated and an order is positioned.

The main words here are "the probability of the fact that the price will actually fall/rise". How have you managed to implement this?

I have calculated everything manually before the Championship and made an assumption that these probabilities will always be the same when similar signals are received. The Expert Advisor acts better in case of considerable price oscillations. For example, the GBPUSD curency pair is calm now and its balance chart is in almost horizontal position.

The chart is looking very attractive. Are you ready to let your trading robot work on a real account in case of its victory?

No, I'm not. As I've already said, the algorithm implemented in the Expert Advisor has no rigorous justification. And eventually it can ruin the whole deposit.

The number of your Expert Advisor's profitable trades is less than 50%, though in most cases the opposite situation is more typical. What was the optimization criterion?

Optimization was carried out considering maximum profit. There are only two input parameters.

Have you observed the same percent of profitable trades when working in the tester?

Yes, it was the same in the tester. There are still plenty of things to work upon!

Have you noted any other Expert Advisors during the Championship and why?

I want to note the trading robot of lf8749 for its stability and also the Expert Advisor of Xupypr, which survived a serious drawdown but then managed to reach the same level. It will be interesting to study it, as its source code is available.

Do you think that MetaTrader 5 terminal tester lacks something? And what do you like most of all?

I don't think the tester lacks something but it seems to me that visual testing speed must be improved, as it is not very convenient at the moment: when I switch the slider to the extreme right position, a very sharp jump from the fast mode to the extremely fast one occurs. This mode is very useful at the early stages of a trading robot creation, as it allows to track errors quickly and keep an eye on the Expert Advisor actions.

But I need visualization only at the very beginning. Later on I use optimization and statistics to calculate mentioned probabilities.

If you have been looking for a successful trader or a profitable strategy, what parameters would have been the most important for you?

Maximal drawdown and profitability, of course!

Do you use trailing stop to close positions?

No, trailing stop is not used. The fact is that I didn't know about it when I was preparing and submitting the Expert Advisor for the competition. If I had known, I would have added it, of course.

How much time do you need to study trading and to get stable results?

I think, at least a year. The main thing for me now is my university studies. I don't have much time for anything else. Of course, if I had had plenty of time, studying of market trading would have taken much less time but it is impossible.

What is necessary to become a successful trader?

I think, it is necessary to work a lot like in any other activity.

Who, in your opinion, is more likely to win among the current TOP-10 participants?

I think it is the current leader. I mean, the Expert Advisor of lf8749 from China.

What can you recommend for those who want to participate in the Championship and win?

It is difficult to say something definite. I have not much experience myself. I can only recommend to communicate with experienced professionals and to work a lot, of course. I would also like to wish good luck to all the participants. And may the best win!

And finally, why is your Expert Advisor called "beast"?

You know that there are market animals called a "bear" and a "bull". So, I've created a new one.

Thank you for the interview, Vitaly. We wish you good luck in the Championship and success in trading!

Interview with Dr. Alexander Elder: "I want to be a psychiatrist in the market"

I think financial markets are like manic-depressive patients. Sell when they have mania, and buy when they have depression. The envelope helps me determine where these levels of depression and mania are. There is a joke: "A neurotic is a man who builds castles in the skies, psychotic is the one who lives in them, and a psychiatrist is a person who collects the rent." I want to be a psychiatrist in the market. I want to collect the rent from the madness of the crowd.

Since the first Automated Trading Championship we have seen plenty of trading robots in our TOP-10 created with the use of various methods. Excellent results were shown both by the Exper Advisors based on standard indicators, and complicated analytical complexes with weekly automatic optimization of their own parameters.

The Basics of Object-Oriented Programming

You don't need to know what are polymorphism, encapsulation, etc. all about in to use object-oriented programming (OOP)... you may simply use these features. This article covers the basics of OOP with hands-on examples.