The Expert Advisor by Ge Senlin (yyy999) from China got featured in the top ten of the Automated Trading Championship 2011 in late October and hasn't left it since then. Not often participants from the PRC show good results in the Championship - Forex trading is not allowed in this country. After the poor results in the previous year ATC, Senlin has prepared a new multicurrency Expert Advisor that never closes loss positions and uses position increase instead. Let's see whether this EA will be able to rise even higher with such a risky strategy.

When did you start trading Forex?

I have been trading on the Forex market from August 2007. First I tried to trade on a demo account and then I started to understand Forex step by step. And from March 2009 I've been trading on a real account. But my manual trading was not really successful, so I began to study automated trading systems.

Do you have any other job in addition to Forex trading?

I work as a computer teacher in a University. I am familiar with programming, which helped me to start studying automated trading. And since only the the MetaTrader trading platform by MetaQuotes supports automated trading, I started to study your MQL language, and tried to develop my own Expert Advisors for trading.

Was it easy for you to learn MQL4 and the new MQL5? Do you like MQL5?

It was very easy for me to learn MQL4 and MQL5, since I teach programming to my students at the University. In addition I develop various programs. As for the two languages, I prefer MQL5 because of its great functionality.

So you trade using Expert Advisors, don't? Is it profitable?

Since July 2009 I have been trading on my real account using my own EA. By using a small real account I basically test the performance of an Expert Advisor, its stability and profitability. Results are sometimes good, and sometimes are bad. It depends on how good the EA's strategy matches the market trend.

Do you create Expert Advisors to order?

In addition to creating Expert Advisors for my own purpose, I have a lot of orders from other traders and I develop EAs for them also.

Do you participate in the Jobs service at MQL5.com? There are a lot of orders.

I tried to participate in the Jobs service. But unfortunately I haven't fulfilled any order there due to language problems. So I basically develop Expert Advisors for Chinese Forex traders. 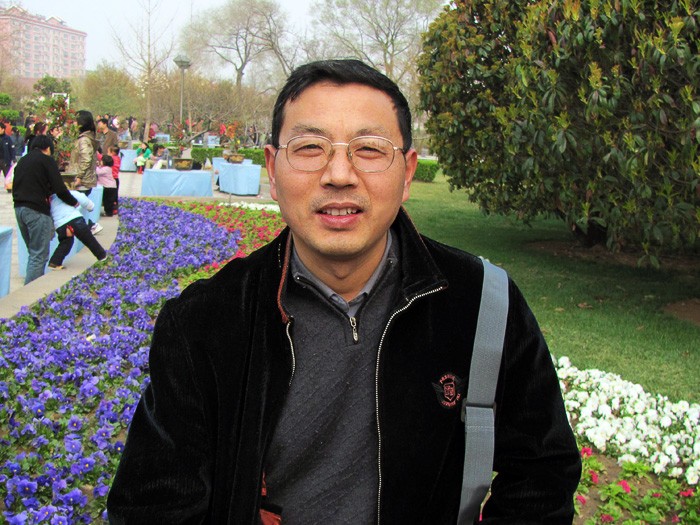 Financial trading is very popular in China. Is there any special Chinese way or style in trading?

Yes, financial trading is extremely popular in China. But mainly it's about China's local securities trading. As for Forex trading, it is not so popular as the foreign exchange market is not completely open in China. Therefore, it seems that Chinese foreign exchange trading is yet indefinite and has not found any particular style and appropriate methods.

Do you also trade securities?

Of course, it's Forex. Forex has high profitability and high risk at the same time, and I like this combination. Forex is traded in the T+0 mode, both long and short trades are possible, it provides a large leverage and other exciting features, which are unavailable in securities trading conditions. Finally, the most important fact is that I can trade Forex using the MetaTrader Platform, which is really good for implementing my own trading strategies in Expert Advisor. The platform provides functions for back-testing on price history, real-time live and demo trading, good tools for finding mistake in manual trading, making timely improvements and adjusting my trading strategy.

Last year you also participated in the Automated Trading Championship, but you were not so successful. This year your EA has good results. Have you made any useful conclusions from the previous Championship, which helped you to create a new EA?

True, last year my EA was not successful. It was programmed to trade 5 currency pairs. But due to some programming problem, or because I didn't take into account the running environment of the MT Server during actual Championship, as a result it only traded one currency pair during the competition. This is one of the reasons for my poor participation. Also the trading system was based purely on indicators - perhaps this is another reason.

Therefore, I didn't try to use that EA for this year Championship. I have chosen a different strategy and developed a new EA for participating in the ATC 2011.

Its trading looks like a multicurrency martingale. It is similar to the EA of Dimitar Manov from Bulgaria. Did you intentionally use this principle?

It looks that the principles of our EAs are similar. But I didn't know it. Actually, my Expert Advisor uses the rules similar to the previous year EA. Of course, I've made a lot of changes and improvements in it. It has been adjusted to trade multiple currencies. I've also increased the number of parameters for optimization.

Only one Expert Advisor can be submitted for the Championship, so last year I participated with that EA. Unfortunately its code had some errors. This year I was more careful and prepared an improved EA with a much better back-testing.

As for the Martingale system, unfortunately, I don't understand its specific principle. My system has a basic line where it can close loss a trade at the bottom of a channel, because my EA also monitors the loss or profit of the account at any moment of time.

Your EA does not use Stop Loss and Take Profit. Why?

I also don't use Trailing Stop, because if set trailing stop, it will lead to no later profitability gained after closing the trailing stop order.

How does the EA close positions? What principle does it use?

It only close profitable positions, adding volume to loss positions and waiting until it closes with a profit.

Your EA trades 8 symbols of 12 trade pairs available. Why did you choose these pairs? Did you try it with other pairs?

I also attempted on other currencies. In fact, it can run all the 12 pairs. But during testing, I couldn't find proper parameters for other currencies. During individual tests of symbols, the rest 4 pairs, the EA received loss or less profit. So when when running all pairs simultaneously, funds were used inefficiently, and at the same time it also increased the risk factor. At last I selected current 8 currency pairs for trading.

Your EA trades at the beginning of each hour. Why have you chosen this style of trading - to show good testing time during preliminary automatic checks or for a different reason?

Yes. It works at the beginning of each hour. There are several reasons. Firstly, it runs on H1 period and uses the same period for finding trading signal. Secondly, I wanted to reduce the EA running time, to cut consumption of CPU resources, because running multiple currency pairs at the same time, if trade oftener, will use more CPU resources. This would have two results: the first one is that it wouldn't pass the preliminary testing of the Championship, as not meeting the Championship rule; the other is that during the Championship, the multicurrency EA would take too much CPU resources and then lose signal, so as to affect the EA real effectiveness.

What results did you Expert Advisor have during testing? What results do you expect from your EA in the Championship?

During back-testing, it was profitable of course. As for this Championship, if I hope I can finally stay in the top 10, which will be quite a satisfying result. Of course, it all depends on luck. Because the market is unpredictable and random, the current equity has exceeded my expectation before Championship. But to be the winner of Championship, in addition to an excellent Expert Advisor, you also need more opportunity from the market, it means you need a better luck. For now my EA is quite lucky.

If your Expert Advisor wins the Championship, will you let it trade on your real account?

Yes. In fact, the previous EA that is similar with this one has been used on my real account for trading. However, the previous one has lower risk. Well, if the risk for the current EA is set on a more reasonable level, using a more conservative way to open positions, I would use it on a my real account.

Usually there are many participants from China in the Automated Trading Championships, but no one from China earned prizes yet. Why? What do you think about it?

I think, there are the following reasons. First, forex trading is not allowed in China, so Forex theory and technology is short of research. And it is only beginning of automated trading theory and technology, which may be why Chinese participants can't win the Championship.

Do you watch the Championship? What do you think about other Expert Advisors?

I would like to single out the strategies of Tim and ias. Especially I like the way ias adds positions and its money management methods. I think his EA has all the chances to stay on top of the Championship table. As for other participants, as I mentioned before, in addition to a well programmed Expert Advisor, they also need some luck. So I wish good luck to all of them.

Also I would like to thank MetaQuotes Software Corp. for supporting automated trading, for providing such a good platform for studying trading and developing programs. Hope your MetaTrader trading platform will bring even more happiness to more traders.

Thank you for the interview. Good luck!

Analyse and examples of techniques how trading analysis can be performed on MetaTrader 5 platform, but executed by MetaTrader 4. Article will show you how to create simple signal provider in your MetaTrader 5, and connect to it with multiple clients, even running MetaTrader 4. Also you will find out how you can follow participants of Automated Trading Championship in your real MetaTrader 4 account.

The Expert Advisor of Ilnur Khasanov (aharata) is holding its place in our TOP-10 chart of the Automated Trading Championship 2011 participants from the third week already, though Ilnur's acquaintance with Forex has started only a year ago. The idea that forms the basis of the Expert Advisor is simple but the trading robot contains self-optimization elements. Perhaps, that is the key to its survival? Besides, the author had to change the Expert Advisor planned to be submitted for the Championship...

Dr. Tradelove or How I Stopped Worrying and Created a Self-Training Expert Advisor

Just over a year ago joo, in his article "Genetic Algorithms - It's Easy!", gave us a tool for implementation of the genetic algorithm in MQL5. Now utilizing the tool we will create an Expert Advisor that will genetically optimize its own parameters upon certain boundary conditions...

Interview with Boris Odintsov (bobsley) is the last one within the ATC Champions League project. Boris won the Automated Trading Championship 2010 - the first Championship held for the Expert Advisors in the new MQL5 language. Having appeared in the top ten already in the first week of the ATC 2010, his EA brought it to the finish and earned $77,000. This year, Boris participates in the competition with the same Expert Advisor with modified settings. Perhaps the robot would still be able to repeat its success.