CNY - Chinese banks will be closed in observance of the Spring Festival :

And we will have many high impacted news events for AUDUSD. All of them are here :

The Australian dollar weakened against its U.S. counterpart on Friday, as demand for the greenback remained supported after the Federal Reserve announced plans to further taper its monthly bond-buying program.

Most important (high impacted for AUDUSD) :

AUDUSD Fundamentals (based on dailyfx article)


So, almost whole the week without China ...

The total number of building permits issued in Australia in December was down a seasonally adjusted 2.9 percent on month in December, the Australian Bureau of Statistics said on Monday, standing at 16,141 and falling for the third straight month.

That missed forecasts for a contraction of 0.5 percent following the 1.5 percent decline in November.

On a yearly basis, building permits spiked 21.8 percent - also shy of estimates for an increase of 23.4 percent and down from the 22.2 percent surge in the previous month.

if actual > forecast = good for currency (for EUR in our case)

The seasonally adjusted Markit Purchasing Managers' Index rose to 52.2 in January from 50.8 in December. Moreover, the improvement in operating conditions in January was the strongest since April 2010.

The rate of growth in manufacturing output accelerated in January and was the fastest in close to three-and-a-half years. Total new business also grew at a sharper pace, with some panellists highlighting the impact of rising new export orders. 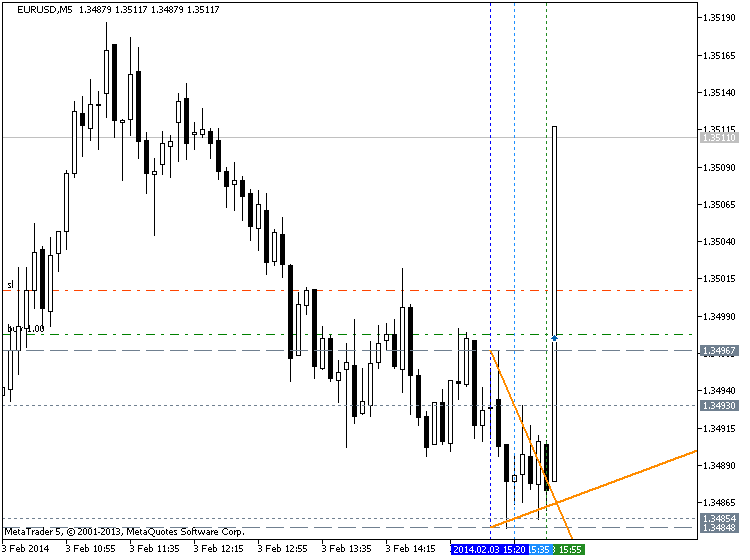 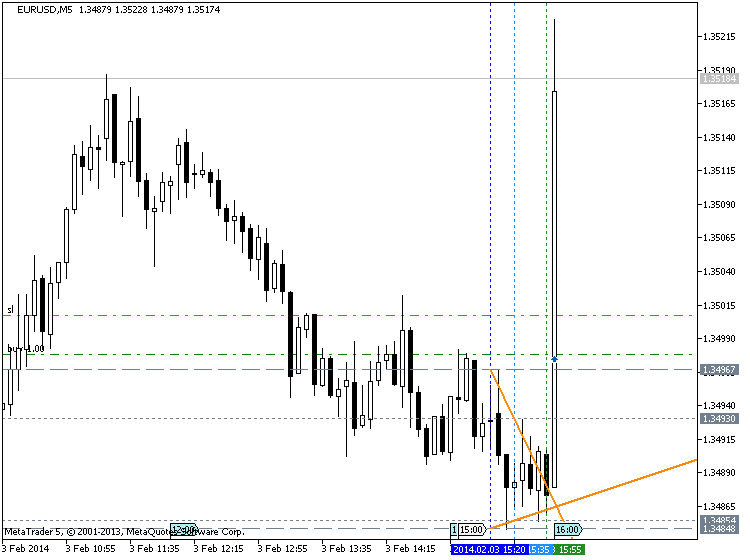 The Reserve Bank of Australia on Tuesday retained its benchmark cash rate unchanged at 2.5 percent as expected, saying that interest rate stability is the most "prudent course" for monetary policy at present.

In a statement today, Governor Glenn Stevens said that the bank's monetary policy "is appropriately configured to foster sustainable growth in demand and inflation outcomes consistent with the target."

"On present indications, the most prudent course is likely to be a period of stability in interest rates," he noted.

The Reserve Bank Board expects inflation to be somewhat higher than forecast three months ago, but still consistent with the 2-3 percent target over the next two years, Stevens noted.

He also pointed out that the exchange rate had declined further, which, if sustained, would assist in achieving balanced growth in the economy.

if actual < forecast = good for currency (for EUR in our case)

The number of unemployed people in Spain rose significantly in January, fuelling concerns over the country’s economic outlook, official data showed on Tuesday.

The total value of retail sales in Australia climbed a seasonally adjusted 0.5 percent on month in December, the Australian Bureau of Statistics said on Thursday - standing at A$22.581 billion.

The headline figure matched forecasts, although it slowed from the 0.7 percent gain in November.

Among the individual components, sales in food retailing gained 2.5 percent, along with cafes, restaurants and takeaway food services (0.5 percent) and department stores (0.3 percent).

Australia posted a seasonally adjusted merchandise trade surplus of A$468 million in December, the Australian Bureau of Statistics said on Thursday.

That blew away forecasts for a deficit of A$200 million following the upwardly revised surplus of A$83 million in November (originally reported as a deficit of A$118 million).

The U.S. trade deficit widened by more than expected in the month of December, according to a report released by the Commerce Department on Thursday.

The Commerce Department said the trade deficit widened to $38.7 billion in December from a revised $34.6 billion in November. Economists had expected a deficit of $36.0 billion.

The wider than expected trade deficit came as the value of imports edged up by 0.3 percent, while the value of exports dropped by 1.8 percent.

FF calendar description :
It provides valuable insight into the bank's view of economic conditions and inflation - the key factors
that will shape the future of monetary policy and influence their interest rate decisions

The Australian currency swung from highs to lows on Friday following the release of the Reserve Bank of Australia's (RBA) quarterly Statement on Monetary Policy in which the bank reiterated that a sustained period of steady interest rates was necessary.

"The Australian dollar has depreciated by around 5% since the November Statement in response to economic developments both at home and abroad, according to the bank's statement. This unwound the appreciation over the preceding few months, leaving the currency around 12% lower than it was at the time of the May Statement."

The bank said that, if sustained, lower levels of the exchange rate will assist in achieving balanced growth in the economy.

The nation added a net of 113,000 nonfarm payroll jobs last month, dropping the unemployment rate of 6.6 percent, lowest in the past five years, the the U.S. Bureau of Labor Statistics says Friday. Employment grew in construction, manufacturing, wholesale trade, and mining. Both the number of unemployed persons, at 10.2 million, and the unemployment rate, at 6.6 percent, changed little in January. Since October, the jobless rate has decreased by 0.6 percentage point. 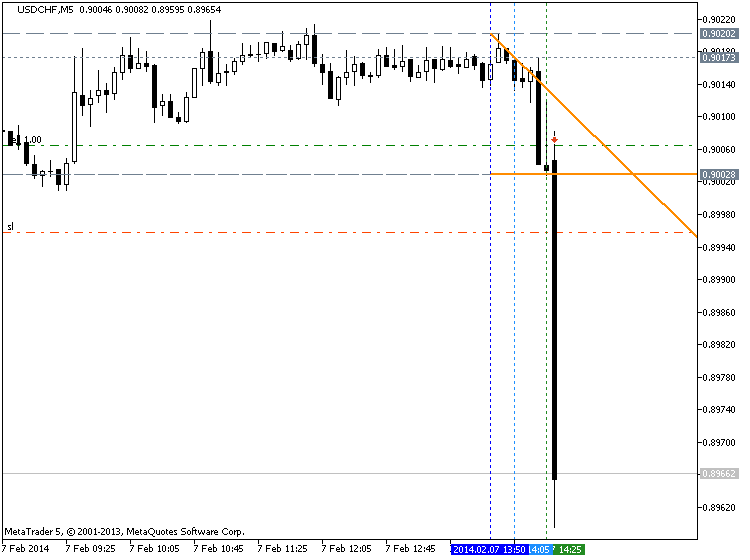