EURUSD heads towards 200 hour MA (based on forexlive article) 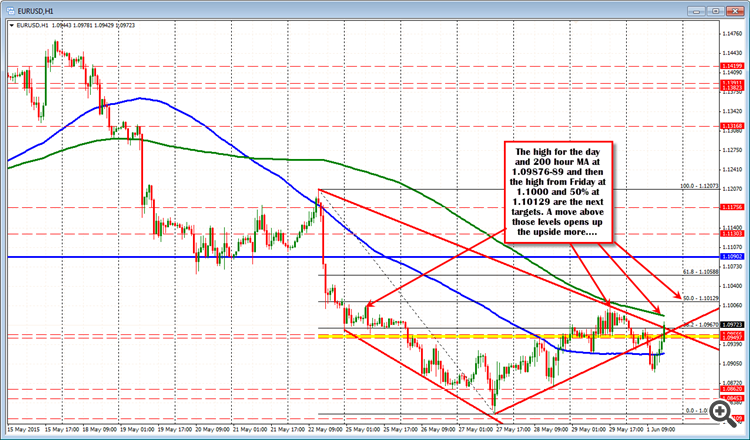 EUR/USD Below 1.0950 on Greece Concerns (based on marketpulse article) 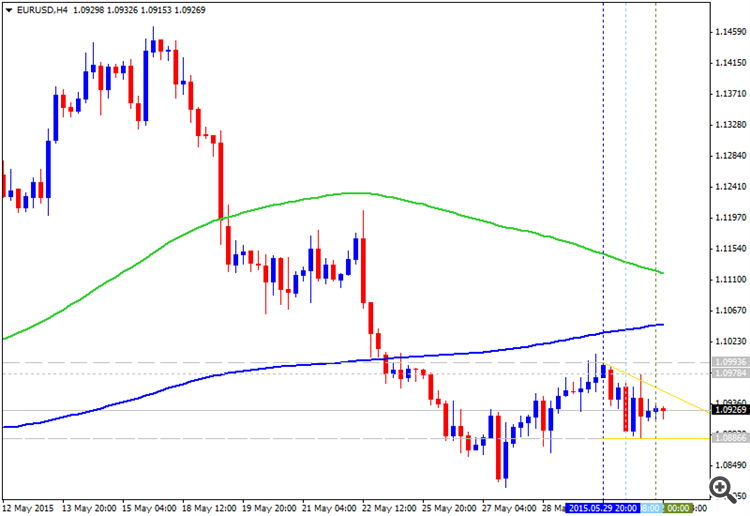 Mounting concern about Greece’s future is taking a toll on the euro — and yes, the dollar is benefiting from that — but an aggressive rally in the greenback is unlikely while U.S. data remains weak, analysts said.

The euro skidded 0.8 percent to around $1.0892 on Monday after Greece missed a self-imposed Sunday deadline to reach a deal with its lenders to unlock crucial aid. An agreement is seen as key for Greece avoiding a debt default and dodging a potential exit from the euro zone. 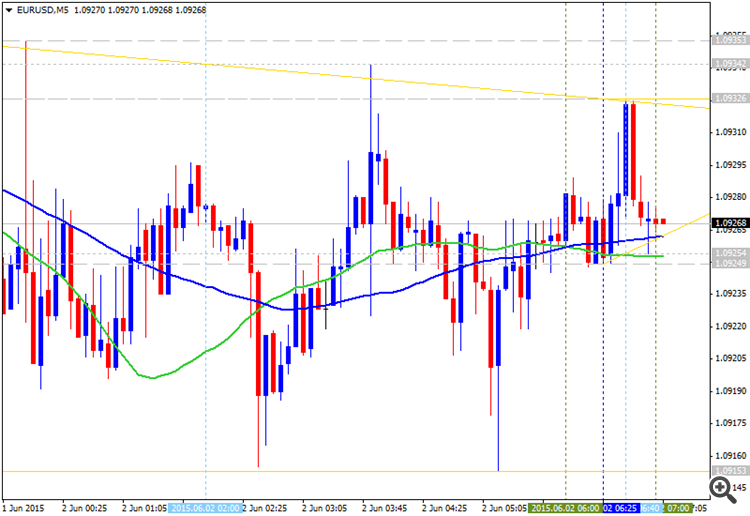 “We have moved from a situation where Greece really wasn’t an issue and people were not pricing it in to now, where it is becoming an issue for the euro,” Geoffrey Yu, a currency strategist at UBS, told CNBC.  “I wouldn’t say the euro is going to correct massively yet, because even under a negative scenario where Greece missus a (debt) payment, Greece is largely quarantined and the risks are not systemic.”

[AUD - Cash Rate] = Interest rate charged on overnight loans between financial intermediaries. Short term interest rates are the paramount factor in currency valuation - traders look at most other indicators merely to predict how rates will change in the future.

"Having eased monetary policy last month, the Board today judged that leaving the cash rate unchanged was appropriate at this meeting. Information on economic and financial conditions to be received over the period ahead will inform the Board's assessment of the outlook and hence whether the current stance of policy will most effectively foster sustainable growth and inflation consistent with the target."

Forex technical analysis: EURUSD rises on Greek deal. We have been down this road before (adapted from forexlive article) 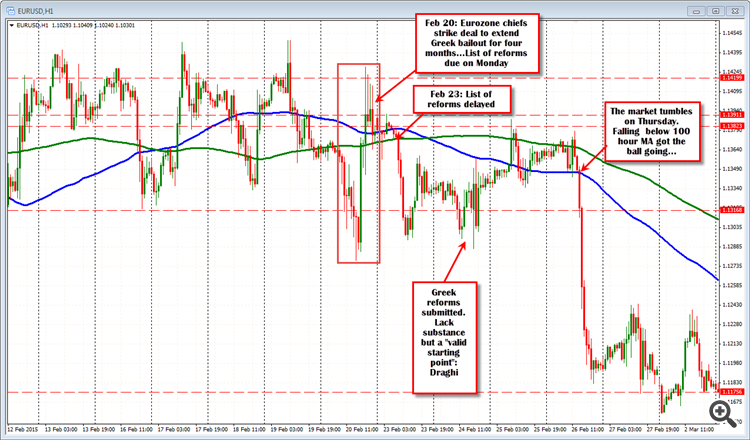 "EURUSD has rallied today on the headlines and is currently testing the 100 day MA which comes in at the 1.1082 level. The pair has moved through the highs from March at 1.1052. This is now a level to get back below if the bears are to take back control. The swing low from Jan comes in at 1.1097. This area between 1.1082 and 1.1097 should be a tough resistance area." 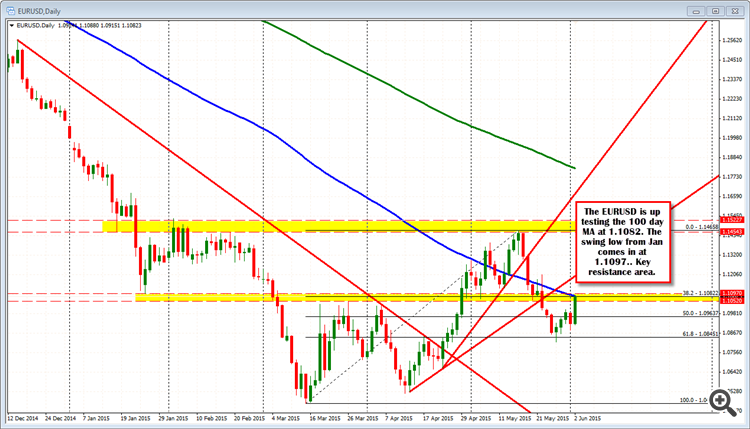 EUR/USD Technical Analysis: Aiming Above 1.13 Figure (based on dailyfx article) 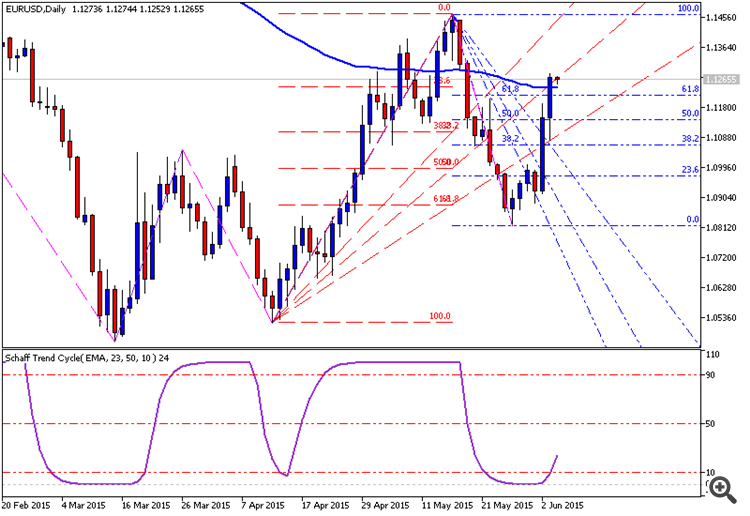 Australia posted a merchandise trade deficit of A$3.888 billion in April, the Australian Bureau of Statistics said on Thursday - or down 216 percent from the previous month. 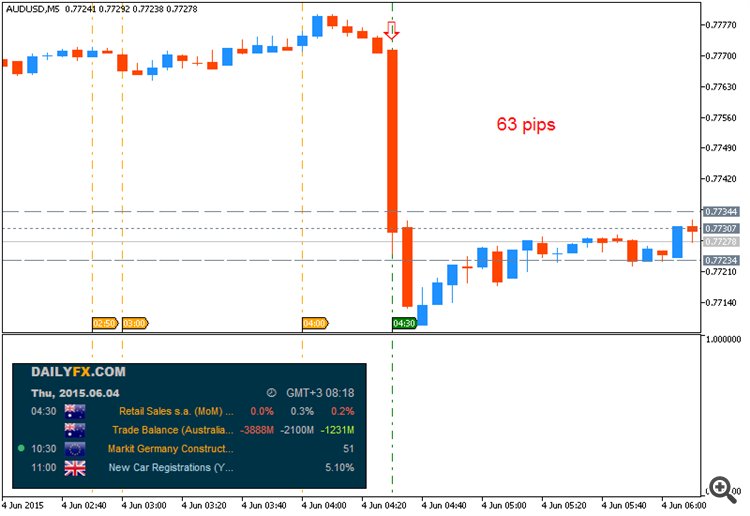 EUR/USD Technical Analysis: Rebound Capped Above 1.13 (based on dailyfx article) 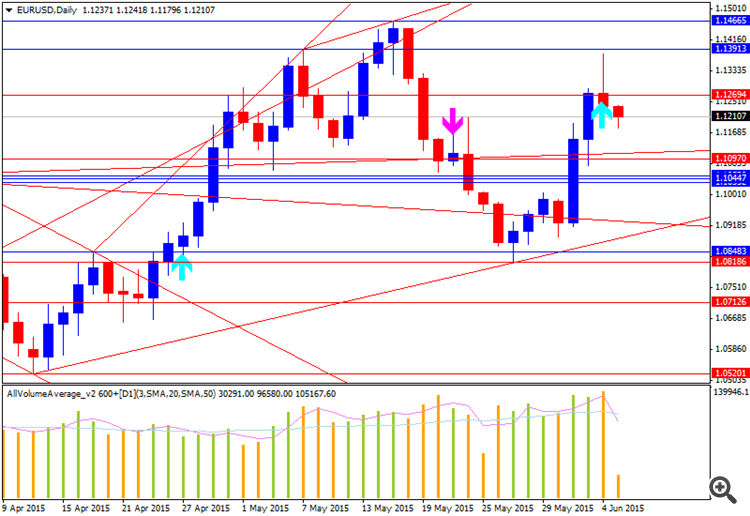 The Euro paused to digest gains having reversed upward as expected against the US Dollar following two days of aggressive gains. Near-term resistance is at 1.1320, the 50% Fibonacci expansion, with a break above that on a daily closing basis exposing the 61.8% level at 1.1439. Alternatively, a reversal below the 38.2% Fib at 1.1202 clears the way for a test of the 1.1005-55 area (23.6% expansion, horizontal pivot). 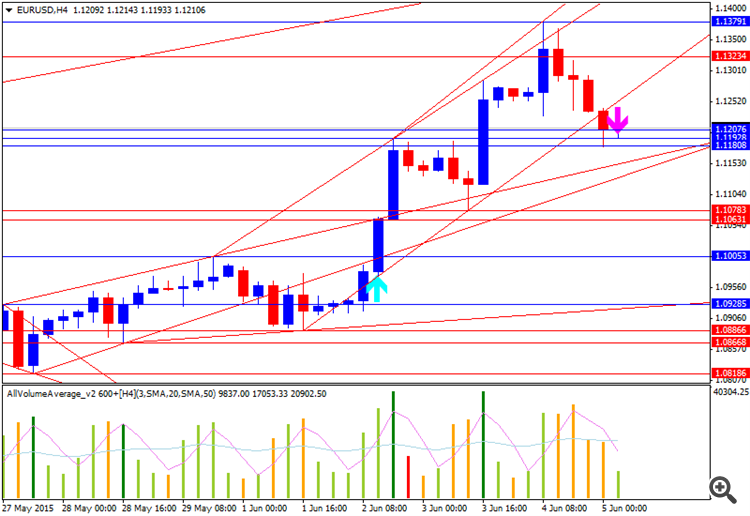 [USD - Non-Farm Employment Change] = Change in the number of employed people during the previous month, excluding the farming industry. Job creation is an important leading indicator of consumer spending, which accounts for a majority of overall economic activity.

"Total nonfarm payroll employment increased by 280,000 in May, and the unemployment rate was essentially unchanged at 5.5 percent, the U.S. Bureau of Labor Statistics reported today. Job gains occurred in professional and business services, leisure and hospitality, and health care. Mining employment continued to decline."

"The EURUSD has pushed higher in early NY trading.  The pairs bullishness is being attributed today to reports from a French official that Pres. Obama told delegates that the strong dollar posed a problem. The White House denied the report. Better German industrial production and a higher trade surplus may have also contributed to better tone in the European's common currency.  The stronger US employment report has been taken off the front pages for the time being." 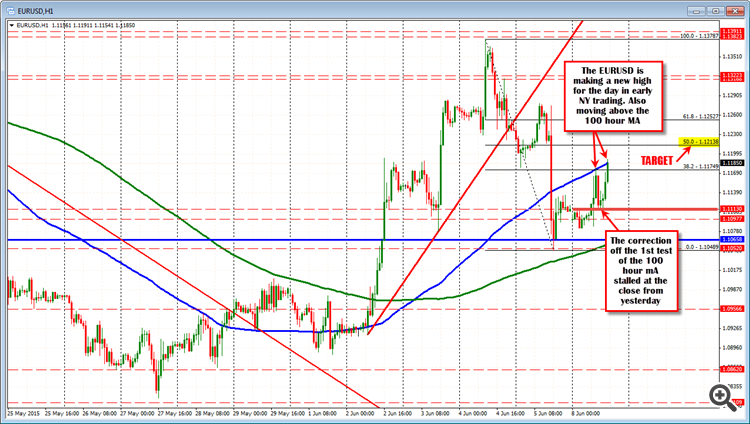 "So the bulls are in control. The 100 hour MA is being pushed. The 50% looms above. Look for sellers on a test, but sellers will have to show that they can take back control in this EURUSD bullish day.   That means moving back below those levels which were resistance. The 100 hour MA, the 38.2% retracement at 1.11749 will be the first levels to go below and stay below if the sellers are to take back control."