1276
psaTrading 2018.05.31 22:13 2018.06.01 00:13:33 #331
Stock trading continues to be penalized by fears of political instability in Europe. With the scenario in Italy moving towards a resolution via a “political government” but the outlook in Spain to point to the fall of government tomorrow with the vote on the motion of censorship. But the concern that we are facing an imminent trade war is also in the offing, with US President Donald Trump adding more fuel to the fire.
Major Currencies Forecasts EUR/GBP Forex News

1276
psaTrading 2018.06.01 08:28 2018.06.01 10:28:17 #332
In the pre-opening, the European indices rehearsed with some gains. As a first step, financial markets should react to the formation of a new government in Italy. After the negotiations were over, President Mattarella appointed Giuseppe Conte to the position of Prime Minister. Giuseppe Conte will have as deputy prime ministers, Matteo Salvini and Luigi di Maio, the leaders of the Nord League and the 5 Stelle Movement. For the finance portfolio Giovanni Tria, an academic, was appointed, with very critical positions on the path that the European integration process has taken, blaming Germany for it. In an initial phase, Italian assets may react favorably to the end of the impasse but will later consider the positions defended by Giovanni Tria. In addition to the new developments in Italy, European investors will have to face another challenge: the imposition of tariffs on European exports of steel and aluminum to the US. Donald Trump's decision raises the specter of a phase of protectionism that will shake up world trade.
Daily Market Analysis by EUR/USD: Trading The Italian Forex News 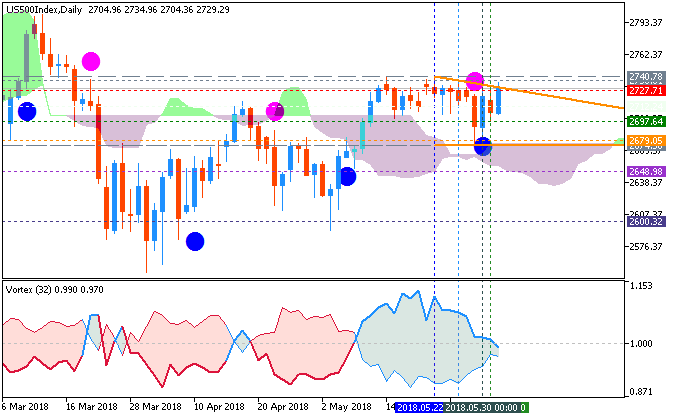 Press review Forecast and levels for Something Interesting

1276
psaTrading 2018.06.04 22:28 2018.06.05 00:28:50 #335
The beginning of the week was marked by a positive trend registered by most European indices and by various sectors of activity. The utilities and banking sectors lead the gains. Societe Generale rose 0.73%, while Unicredit fell 1.34% on the day the Financial Times said the two institutions are considering a merger. This news was not officially confirmed. On the other hand, Air France KLM was among the best performers, after AccorHotels said that it is analyzing the acquisition of a stake in the airline.
Market View; World Stock Eur/usd Daily Market Reviews by

1276
psaTrading 2018.06.06 19:40 2018.06.06 21:40:22 #337
European markets closed in different directions, though contained. During today’s session, investors’ sentiment was influenced by the political situation in Italy, as well as the comments made by the central banks. Yesterday, just a few “more populist” words from the new Prime Minister Conte in the Senate were enough to cause a rise in Italian yields (especially those with a maturity of two years). Today, this upward movement of Italian sovereign yields remained, which again penalized the banking sector.
Comments and forex-analytics from World Stock Indexes Trading Italian election rattles world 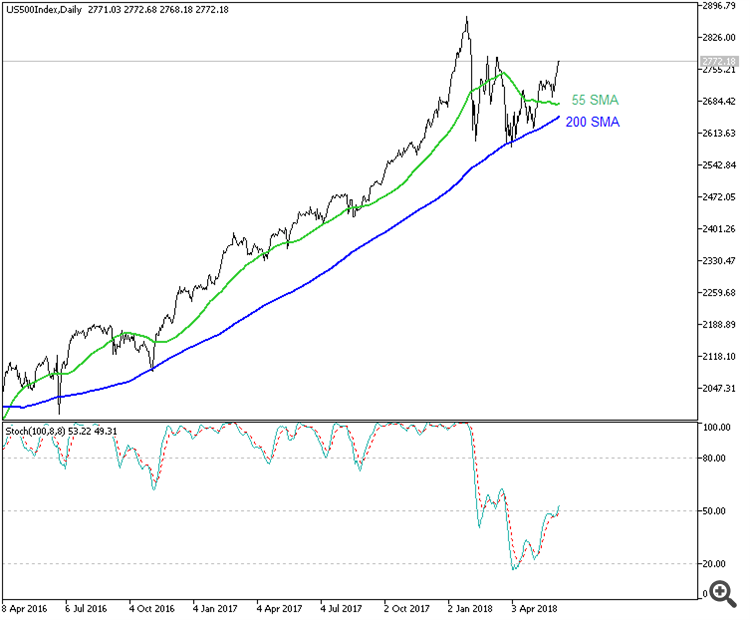 1276
psaTrading 2018.06.07 11:04 2018.06.07 13:04:36 #339
In the pre-opening, the European indices rehearsed with some gains. Today will be the scene of the contrast between two factors. On one hand, the good performance of Wall Street, which should benefit the most cyclical sectors in Europe. But on the other hand, investors will have to face a new upward movement in yields but this time has a different nature. Yesterday, the session was driven by a rise in sovereign yields, but unlike in previous days, was not due to the political situation in Italy. Spurring the new upward movement of these interest rates were statements by Peter Praet. The ECB's Chief Economist has stated that this institution is progressively more confident that it will reach its goal of 2% of inflation. These statements indicate that during next week's meeting the topic on the end of the debt acquisition program will certainly be debated.
Market View; World Stock World Stock Indexes Trading Eur/usd

1276
psaTrading 2018.06.08 20:02 2018.06.08 22:02:40 #340
The day was slightly negative for most European markets, with investors waiting for the G7 meeting this weekend in Canada as well as the European Central Bank meeting next week. In fact sales pressure has focused mainly on the financial, automotive, chemical and commodity sectors. In Germany, the economic data published sparked fears about the state of the country's economy. After yesterday data on orders to industry have disappointed the market, today it was announced that industrial production fell 1% in April compared to the previous month (against a forecast of a slight increase of 0.30%), while exports decreased 0.30%, in line with the estimates. In some German newspapers circulate rumors, not confirmed, that Deutsche Bank is studying a merger with Commerzbank. In this market, Commerzbank fell 1.96% and Deutsche Bank fell 1.22%.
*Daily Forex market overviews Market View; World Stock USDCAD news
1...272829303132333435363738394041...47
To add comments, please log in or register