The data on addings are stored in a string comment to a position in the following format: number of addings/last trade price/last trade volume. 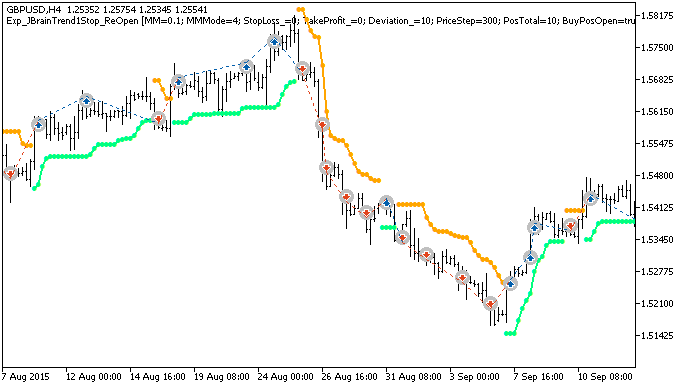 Fig.1. Examples of trades on the chart

Opening and Сlosing on time v2

The Expert Advisor opens and closes at a certain time comparing two iMA indicators having different periods. A trade having a specified volume is opened at a specified symbol. Setting Stop Loss and Take Profit. Select position type: Buy or Sell.

The XMA_BBxATR_Cloud indicator with the timeframe selection option available in the input parameters.