The Championship fervour has finally subsided and we can take a breath and start rethinking its results again. And we have another winner Alexander Arashkevich (AAA777) from Belarus, who has won a special prize from the major sponsor of Automated Trading Championship 2011 - a 3 day trip to one of the Formula One races of the 2012 season. We could not miss the opportunity to talk with him.

Hello, Alexander! Tell us a little about yourself. How long have you been in trading?

Hello, I'm from Belarus. I work as an ACS (Automated Control System) engineer on a co-generation power plant. I am in trading for quite a long time already beginning from around 2007. I enjoy the process of development and programming. The tester will show, if my work is successful.

Have you already participated in the Championship? With what success, if you have?

I am a regular participant of the Championships (as soon as I had heard about them) since 2007. My previous results were rather poor:

But at least I managed to test my abilities under conditions close to real-life ones.

Can you say that your first steps were actually troublesome (2007 using MQL4 and 2010 using MQL5)?

If you mean the results of the Championships, then yes! But if you mean a process of an Expert Advisor development in 2007, it was quite easy. But while switching to MQL5 in 2010, it was relatively difficult to get used to it after MQL4 at the beginning. I think it is easier to write average and complex Expert Advisors in MQL5, while MQL4 is best suited for writing simple ones. My principle is the simpler, the better!

How difficult is it to program a trading system?

As soon as I heard about Forex in 2007, I immediately decided to try my hand in trading. But it is necessary to test trading strategies using the tester to be sure about them. That is how I started to write Expert Advisors. It is not very difficult to program a system, especially since I have some programming experience in VBA and C++. But it is much more difficult to develop a profitable trading system.

Why have you chosen GBPUSD? Have you checked your strategy using other symbols?

Judging by the messages in the "Experts" log, you have not applied ready-made classes from the Standard library. Why?

I was transferring my Expert Advisor from MQL4, therefore, my main objective was to develop the very basics of the robot correctly. I've just had no enough time to study ready-made classes.

Why is your Expert Advisor called otkat2? Are market entries performed during corrections?

Basically, yes. "Otkat" means correction of max and min values of a previous day, the figure "2" means the second version of the Expert Advisor. The first one was in 2010.

I have tried quite a lot of trading strategies. I developed half of them from scratch. Besides, I took some of them from the Internet, studied principles of their work and inserted my own corrections. Also, I often implemented some ideas to my Expert Advisors.

I use a "frame" of some trading robot to include market entry/exit conditions and input parameters in it. Then I check it in the tester with the volume of 1 lot trying to eliminate soft spots etc. 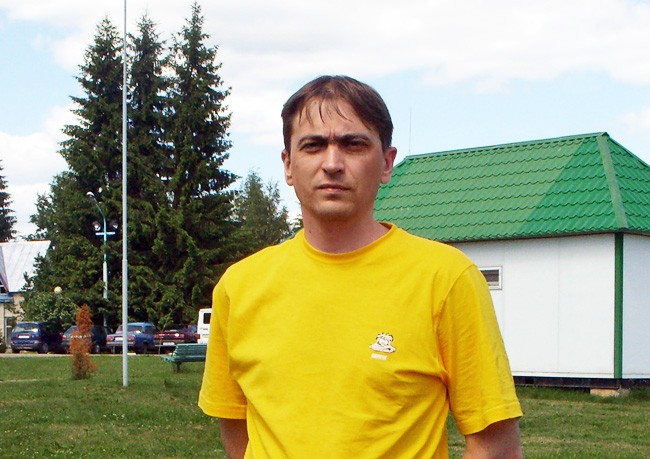 Have you tried MQL5 Wizard to generate Expert Advisors?

No, I haven't. I think, it is much easier to modify a trading robot and search for errors, in case you have developed it yourself...

At the beginning of the Championship the balance curve was rather smooth. But while the balance value was increasing, the Expert Advisor started to open positions with the highest volume and the balance chart became more uneven.

There is no point in applying some complex MM systems in that case. The Championship is quite swift-passing. You have to take some risk within reasonable limits to be able to win.

You can truly be considered a veteran of the Automated Trading Championship. Is there any difference between the Championships that were held in different years? What events have been most remarkable for you?

Well, I think, I can't be called a veteran. I analyzed all the championships once, and it turned out that a lot of people took part in three or four of them. In 2007 we have witnessed an overwhelming advantage of Better, in 2008 there was a persistent struggle to the very end, only the Championship in 2010 was relatively peaceful and bobsley won thanks to his initial victory. In 2011 we have seen incredible leaps of the Champion (Xupypr). The main difference is that the number of participants has decreased while transferring to MQL5.

Do you read the interviews with our participants that we publish? Many of them have noted your Expert Advisor. What can you say about this?

Of course, I do! I'm very pleased that my Expert Advisor captured attention of bobsley. Unfortunately, it suffered some losses after that.

I like profitable Expert Advisors with a solid balance line. I mean such robots as the ones of Tim, Pirat and sbraer. But they are scalpers, unfortunately. The trading robot of beast also has a good curve. All Championship interviews are interesting in their own way.

What can you recommend to those participants who completed the Championship with a negative result?

Don't give up! Analyze the results, find the reasons of your loss, avoid unreasonable risk and join the battle again!

Are you happy with your result? Would you like to improve something?

Well, as I've got the prize, I certainly can't be dissatisfied! I would like to write a multicurrency Expert Advisor for the next Championship. I feel a good perspective in that field.

And, of course, I am grateful to the Major Sponsor of the Automated Trading Championship 2011 - MIG Bank for this wonderful prize! I also thank MetaQuotes Software Corporation for arranging such an interesting Championship.

Thank you for your interview, Alexander! We wish you a pleasant journey and exciting impressions at the Formula 1 Grand Prix.

Analysis of the Main Characteristics of Time Series

This article introduces a class designed to give a quick preliminary estimate of characteristics of various time series. As this takes place, statistical parameters and autocorrelation function are estimated, a spectral estimation of time series is carried out and a histogram is built.

Expert Advisor Visual Wizard for MetaTrader 5 provides a highly intuitive graphical environment with a comprehensive set of predefined trading blocks that let you design Expert Advisors in minutes. The click, drag and drop approach of Expert Advisor Visual Wizard allows you to create visual representations of forex trading strategies and signals as you would with pencil and paper. These trading diagrams are analyzed automatically by Molanis’ MQL5 code generator that transforms them into ready to use Expert Advisors. The interactive graphical environment simplifies the design process and eliminates the need to write MQL5 code.

The article familiarizes the reader with exponential smoothing models used for short-term forecasting of time series. In addition, it touches upon the issues related to optimization and estimation of the forecast results and provides a few examples of scripts and indicators. This article will be useful as a first acquaintance with principles of forecasting on the basis of exponential smoothing models.

Create Your Own Graphical Panels in MQL5

The MQL5 program usability is determined by both its rich functionality and an elaborate graphical user interface. Visual perception is sometimes more important than fast and stable operation. Here is a step-by-step guide to creating display panels on the basis of the Standard Library classes on your own.