Interview with Olexandr Topchylo (Better) is the second publication within the "ATC Champions League" project. Having won the Automated Trading Championship 2007, this professional trader caught the attention of investors. Olexandr says that his first place in the ATC 2007 is one of the major events of his trading experience. However, later on this popularity helped him discover the biggest disappointment - it is so easy to lose investors after the first drawdown on an investor account.

Olexandr, your participation in the 2007 Championship was brilliant. What were the bonuses of the first place in the Automated Trading Championship 2007 for you?

My first place in the ATC 2007 catalyzed a leap in my career - I switched from trading on my account only to managing investors' accounts.

In general, participation in the Championship provides an opportunity to test strategies in conditions close to reality. The three-month stand-alone operation of a program reveals its defects, which cannot be detected in the tester or short-term trading on a demo account. However, the benefit can be obtained not only by participating in the competition, but also by simply observing it carefully. The Automated Trading Championship is a unique competition for traders, where you can see detailed online statements and terminal logs. Analyzing the statistics of leaders allows you to evaluate the prospects of various approaches to the development of trading systems. By analyzing outsiders' terminal logs you can learn from mistakes of others.

Your winning Expert Advisor was based on a neural network. You said that the neural network was developed in C++, and then translated into MQL4. Now we are launching an open source project for creating a neuronet engine in MQL5, which is designed to help traders to create a network in a few clicks and paste it into the Expert Advisor code. Would you like to participate in this project?

Yes, I've read this forum topic. It's a very interesting project! Although now everyone can find neural networks in existing freeware-libraries, but there is one peculiarity. Neural networks require huge computational resources, and by coding such a network in pure MQL5 you can use the cloud computing service, which was recently launched on the MetaTrader 5 platform.

I won't be able to participate in the project, since I have no time. Also, I'll hardly use the results of this project, since I create neural networks for specific tasks. But for beginners this will be a very useful resource. 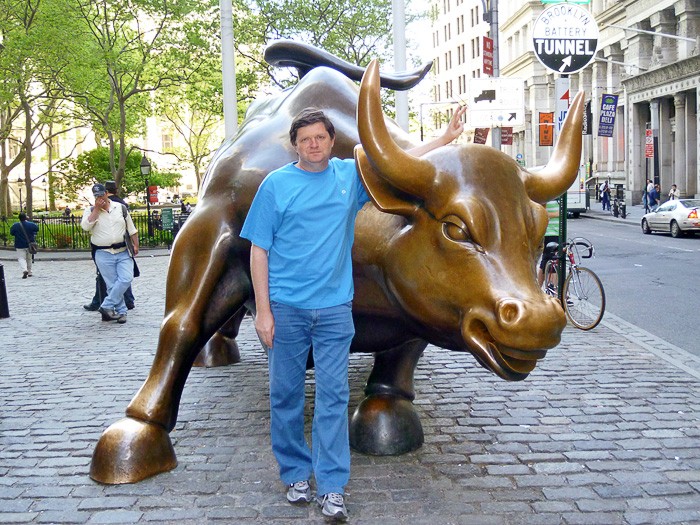 Do you use neural network based strategies on investors' accounts?

Does it mean that they are more effective?

I can't just say that neural networks are more efficient than other methods. This is not a panacea. This is just one of the numerous approaches to the development of trading systems, and it's quite a complicated one. I've tried many different approaches, tried all the known Expert Advisors that are based standard indicators, and only neural network based EAs showed acceptable results.

We have seen the results of your trading on investors' accounts. Judging from the table, the profitability decreased. What is the reason for that - market changes or something else?

Yes, the market is constantly changing, and often these changes in its behavior are impossible to determine based on the charts, they are hidden, and we can't know their reasons. And it is almost impossible to predict how many a trading system can work without adjustments and configurations. In my experience, strategies with elements of adaptation are most durable.

Last year I modified my system more often than necessary. If I had not changed its parameters, the year would be profitable. But unfortunately I found out it too late, only in the tester.

Can you tell more about the elements of adaptation? In one of your interviews you said that strategies can be improved using committees of neural networks and learning classifier systems. What is really effective in practice?

I tested committees of neural networks, but they didn't give much performance gain for my system. I gave up the idea of committees and don't use them anymore. Research of learning classifier systems had to be postponed for a while due to other projects, but I will come back to this idea later.

As for the elements of self-adaptation, a trading system must have a minimum of pre-fixed parameters. Most of the parameters should be calculated on the basis of the recent price history, for example do not use a fixed Stop Loss at 100 or 200 pips, but bind it with ATR. Then in the volatile market the value of Stop Loss will be greater than on the quiet market - this is the simplest example of self-adaptation.

Now you manage investors' accounts. Do you continue to trade for yourself? Have you tried to trade on other markets?

I invest my own money too in the PAMM accounts that I manage. Forex is my main source of income. I don't trade now on other markets, though I've long planned to start trading stocks and futures. If brokers will offer the MetaTrader 5 platform, I will use it of course.

Olexandr, what were your most successful experience and the biggest disappointment in trading?

The most successful experience - was winning the championships: the Automated Trading Championship 2007 and "The road to Formula 1" contest of MIG Bank in 2009. I won a trip to a Formula One race in Abu Dhabi. I myself would hardly ever go to the races, and this was an exciting chance and I received a lot of fun. An unforgettable experience!

As for the disappointment... I guess when I got a more or less significant drawdown on my account, and investors began to leave from me. Investors are so sensitive, it's not easy to keep them. 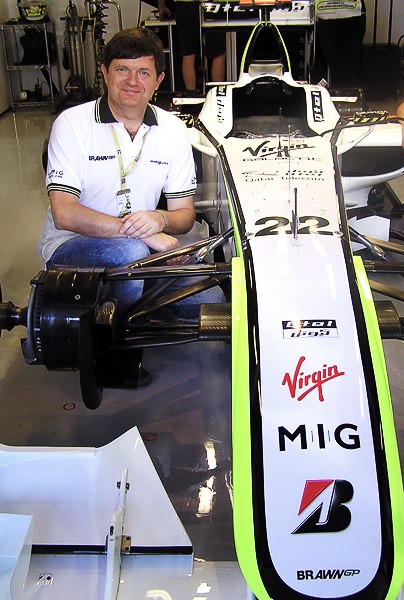 No, you can trade manually. This one-month contest was held on the basis of the MetaTrader 4 platform.

What is more complicated for you - to fully trust an Expert Advisor like in the ATC, or to continuously monitor the market and trade manually at the contest from MIG?

A contest of Expert Advisors, like the Automated Trading Championship, is easier for me - you develop a program, send it and then simply watch.

Tell us about the Expert Advisor that is fighting for the prize this year. Does it differ from the one that won the ATC 2007 prize?

The program for the ATC 2007 had been written and tested for a few months. Before the start of the Championship, I tried it on a real account and it earned me some money. For the current competition I developed a simple EA in 2-3 weeks. This is an absolutely new application, which is not connected with the 2007 winner. The EA trades three pairs - EURUSD, GBPUSD and USDCHF, since they showed equally good results during testing. It enters based on limit orders. It doesn't use any indicators.

How do you prepare for the competition?

Well, preparation for the ATC includes development of the algorithm, implementation in MQL and testing. In addition it involves a painful process of choosing parameters that determine the riskiness of trade (lot size). On the one hand, the risks need high to let you fight for prizes. On the other hand too large lots may ruin any profitable system, and the results of the Championship may be disappointing. And we all want to finish it with good results. Such is the dilemma. I think that if the winning criterion was not just the maximum balance, but any of the values that considers the profit to risk ratio, there would be completely different EAs in the Automated Trading Championships.

This is our second ATC with the MQL5 language. How easy was it for you to learn it? Was your C++ programming experience helpful?

In addition to C++ I have experience of programming in Algol, Fortran, Pascal, Java, C... Naturally, for programmers it is fairly easy to switch from the 4th to the 5th version. Perhaps this is a little problematic for those who learned MQL4 programming only.

Do you like MQL5? What are the benefits of MQL5 in terms of writing automated trading systems?

Frankly, I have not used MQL5 after the 2010 Championship and until this summer - there was no need. The MetaTrader 5 platform is not yet so popular with brokers.

But the benefits of the new version include certainly the support of classes and object-oriented approach. Also MetaTrader 5 is a much better platform for strategy testing - it has support for multi-currency systems and floating spreads.

We've launched online services of Jobs, Market, Signals and MQL5 Cloud Network. What do you think about them? Do you participate in them?

I could be a potential customer of MQL5 Cloud Network and take advantage of the available resources. Also I may probably participate in the Market as a potential seller. I think these services will have a good future as soon as there is a critical mass of traders working on live accounts via the MetaTrader 5.

And here is the most important question, perhaps. What is your receipt of success in the ATC?

You need to things to win the Championship - a good trading system and some luck.

What do you think about the current ATC and its participants? Are there any interesting Expert Advisors in your opinion? And your wishes or instructions to the participants.

It's early yet to make any conclusions about the Expert Advisors. Balances are smaller than a year ago, but I think it's temporary. I've looked through the list of participants - there are many familiar developers. I wish good luck to all them!

Olexandr, thank you for the interview. Good luck!

What is common between skydiving, Futures, Hawaii, translations and spies? We didn't know it until we've managed to communicate with disqualified participant Atsushi Yamanaka (alohafx). His has a creed "Life is Good!", and one can hardly doubt that. It was interesting to know that distances between the continents are not an obstacle for communication among our Championship's participants.

Ukrainian programmer Andrei Moraru (enivid) is an active participant of the Automated Trading Championship beginning from 2007. Andrei had already come in our view at that time and now we have decided to find out if there occured any changes in his attitude towards trading and selection of trading strategies for the past four years, and also to know about his new Expert Advisor.

A student from Germany Tim Fass (Tim) is participating in the Automated Trading Championship for the first time. Nevertheless, his Expert Advisor The_Wild_13 already got featured at the very top of the Championship rating and seems to be holding his position in the top ten. Tim told us about his Expert Advisor, his faith in the success of simple strategies and his wildest dreams.