This is the first interview in the "ATC Champions League" project. Roman Zamozhniy (Rich) from Ukraine was the winner of the first Automated Trading Championship in 2006. In addition, he is a regular participant of our Championships - he has not missed a single contest. In this interview, we talked about Roman's first place and tried to figure out what is necessary for successful participation.

Roman, what experience does participation in the Championship give? What were the bonuses of your first place in the Automated Trading Championship 2006?

Let's start with bonuses. First of all, I got confidence in the trading platform, in that I can create a reliable code that I can safely use myself and sell it if necessary. Also, the Championship is an excellent place for meeting new people. There are a lot of interesting people and even more interesting ideas on the ATC website and in the MQL5.community forum. During the Championship, you can find a lot of valuable ideas for future use among the users' comments. Also, the victory gives confidence in that on the basis of the first two bonuses, you can implement almost anything in automated trading. It is difficult to judge about the experience. By the time of my participation in the ATC 2006, I already had a large programming experience, including participation in complex projects, so for me personally ATC was just part of that. For other participants the Championship surely gave a different experience

Did you continue to earn money on Forex after receiving the first prize? Does Forex meet your financial expectations?

Trading provides additional earnings. Before beginning to trade, I figured its cash-flow potential in the form of a short calculation. Well, the actual results do not differ much from the calculated ones. Boring as it may seem, but money likes to be counted, especially before you start working, not after that.

Do you think trading in today's volatile financial conditions can also be profitable? Is it risky?

Investing in periods of financial crisis is becoming riskier. But trading is the same. Trading and crisis are in different realities. And definitely my trading results do not depend and have no effect on the global financial situation. We are traders - speculator, we buy cheap and sell dear, and there is no crisis (if you guess right).

You have long been acquainted with Forex and still trading. And so many people can not make friends with Forex. What is their problem?

Figuratively speaking, a lot of beginners are fussy. Having found a potentially profitable strategy, instead of trading it and meanwhile looking for a new one, they simply trade it a little, then give up and then start looking for a new one. Trading is everyday work. I've been trading my strategy for almost three years and am not going to change the system, though I keep trying other system variants. Therefore, if you want to become successful in the market, you should be patient.

How do you see the further development of trading?

In my opinion, nothing will change. Emotions have always been engaged in trading, and they will remain. The most emotional and most intelligent of all will try to translate trading rules into a code to get rid of emotions. Some people like the process and the drive - they will not change anything. And someone is just a passerby, who stops for a moment and then goes further to do something else. 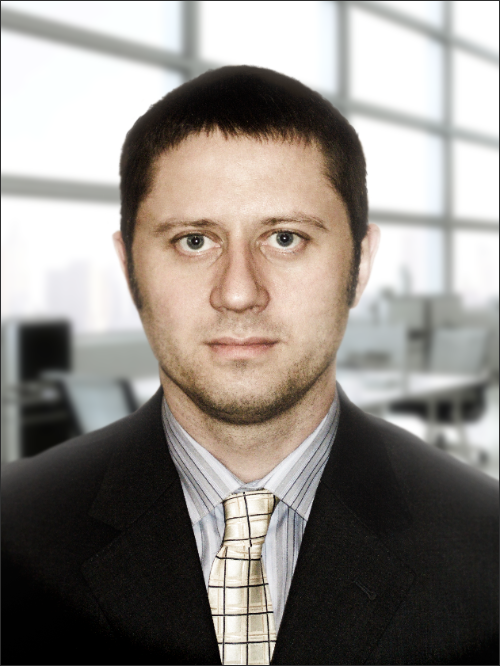 Let's go back to the Championship. Do you participate with a new Expert Advisor this year or use any parts from previous competitions?

The logic of this EA is completely different from all my previous contesting programs. Now I am preparing an article about my EA, in which I will publish the source code. I hope that for the next ATC I will create something radically different from all the preceding EAs.

Now I'm thinking about the EA algorithm for the 2012 contest, while the idea of an Expert Advisor for the current competition appeared in October 2010. The most difficult stage of preparation is finding an idea and developing an algorithm. After that coding takes only a week or two. Then I have a one-month break and mentally check the shortcomings of the algorithm, kind of a stress test. If I don't like something, or change my mind, or have any ideas how to improve, then again I have a week of programming. And so I work until September.

Was it the same easy for you to program your idea last year during the first MQL5 Championship?

Yes, that was the same easy last year. MQL5 is perfectly documented. As I said before, implementing is easy, an the most difficult part is the idea and ​​the algorithm. The language is a tool, just a language, there should be something you want say. New features of the language make programming much easier in many aspects. I can say that MQL5 is well thought and very convenient to use.

Many are afraid to move to MQL5, thinking that the language is much more difficult. What can you say to them - is it really so?

Perhaps they look at sample codes and see the implementation of indicators and Expert Advisors only in the model of object oriented programming and inadvertently suggest that the language implies only this paradigm of coding. But that's not true. Choose the most convenient way of coding for you, the one that is more comfortable and understandable to you. The language itself, I think, is now even simpler, since it supports both procedural and OOP paradigm. There are a lot of new functions. But if you can't learn them, no one makes you use them in MQL5.

To support the development of the new language we've launched various services - Jobs, Market, Signals and the MQL5 Cloud Network. Do you participate in them?

I myself do not participate in these services. The reason is simple - lack of time. Jobs and Market are surely brilliant services. They equip the serious project with a civilized secondary market. As for the MQL5 Cloud Network, probably it's a good thing, but I have Linux, which unfortunately does not work with the cloud.

What does it take to win the Championship? With what feelings and expectations have you came to the new competition?

For winning the ATC you need luck. Championships constitute a series of independent trials in terms of the probability theory. Past experience doesn't predetermine the future. I will not say that for me the important thing is not to win but to participate. In any competition the main goal is winning. But I wouldn't bet on my victory.

Do you follow the performance of other Expert Advisors participating in the Automated Trading Championship 2011?

Rather, I follow the comments of the Championship - the most interesting things and ideas appear there. Perhaps, I will be able to find new fresh ideas. And I'd like to wish a fair trend to all Participants!

Thank you for the interview. Good luck!

Antonio Morillas from Spain (sallirom, by the way - it is reversed surname!) was first who doubled his starting balance from the beginning of the Championship and thus attracted our attention. His trading strategy is extremely risky. We decided to talk to Antonio about risk and luck as these are part and parcel of Automated Trading Championship.

On the second day of the Championship the Expert Advisor created by Matúš German (gery18) increased its capital by 2.5 times and took the lead being ahead of all competitors. Matúš himself doubts his Expert Advisor will win, he thinks that luck and high risk were the reasons of such unexpected rise.

In the second week of the competition, the Expert Advisor of Sergey Nikitin (VNIK) trading on two currency pairs EURUSD and EURJPY got featured on the very top drawing away from the rest. Multicurrency Expert Advisors always attract attention in the Championship, especially those that show good results. We talked with Sergey about the role of luck in a trader's life and his way of trading.

Ukrainian programmer Andrei Moraru (enivid) is an active participant of the Automated Trading Championship beginning from 2007. Andrei had already come in our view at that time and now we have decided to find out if there occured any changes in his attitude towards trading and selection of trading strategies for the past four years, and also to know about his new Expert Advisor.