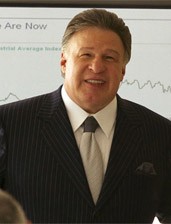 An options trader and technical analyst who had a string of 18 profitable years clocking an average return of 72%.  His first loss was in 1990 with a 35% drawdown.

He described his style as only taking risks when the odds are in his favor.  After an extensive two year study he identified ‘life expectancy’ profiles for market moves.  For example he noticed that an intermediate swing on the Dow during a bull market is typically 20%.  After that 20% has been realized the odds of further advances are diminished significantly.

Understanding this makes a big difference he says, like when a life insurance policy is written the risk profile of an 80 year old is very different from that of a 20 year old.  Sperandeo believes that the most common reason for failure with technical analysts is that they apply their strategies to the market with no allowance for the life expectancy of the bullish or bearish move. 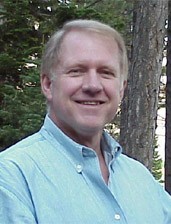 The pioneer when it comes to computerized trading systems.  Inspired by the work of Richard Donchian he began developing futures trading systems in the 1970s.  Seykota tested and implemented his ideas using an IBM 360.  This was well before the days of online stock trading, back then such computers were the size of a large room and were programmed using punch cards.

Originally he wrote trend following systems with some pattern recognition and money management rules.  By 1988 one of his clients’ accounts was up 250,000% on a cash-on-cash basis.  Today it is reported that his daily trading efforts consist of the few minutes it takes him to run his computer programs and generate the new signals.

Ed attributes his success to good money management, his ability to cut losses and the technical analysis based systems he created.  He refers to fundamentals as “funny-mentals” explaining that the market discounts all publicly available information making it of little use. 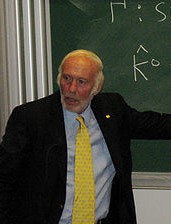 Sometimes referred to as the “Quant King” he is also a maths guru and a very smart cookie who studied maths at MIT and got a Ph.D. from UC, Berkeley.  Simons deciphered codes for U.S. department of defence during Vietnam and went on to found Renaissance Technologies in 1982 and at the start of 2013 was managing over 15 billion.

He Co-authored Cherns-Simons theory in 1974; a geometry based formula now used by mathematicians to distinguish between distortions of ordinary space that exist according to Einstein’s theory of relativity.  In addition to this it had been used to help explain parts of the string theory.

Renaissance Technologies is a quantitative hedge fund that uses complex computer models to analyze and trade securities.  A $10,000 investment with them in 1990 would have been worth over $4 million by 2007. 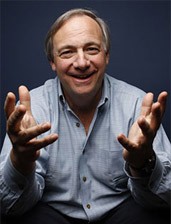 Placed his first trade at the age of just 12, studied finance at Long Island University and got and MBA from Harvard in 1973.  Dalio traded futures early in his career and founded Bridgewater Associates in 1975 when he was just 25.  From the moment he started managing money Dalio kept notes in a trading diary with the hope that his ideas could later be back tested.

Now king of the rich hedge fund industry, Dalio controls the world’s biggest hedge fund Bridgewater Associates which has about $130 billion in assets.  His flag ship fund ‘Pure Alpha’ has had an average annual return of 15% from 1992 – 2010 and has never suffered a loss over 2%.  Big bets on U.S. and German government bonds saw his funds surge about 20% in 2011; a year where most hedge funds struggled.

Dalio focuses heavily on understanding the processes that govern the way the financial markets work.  By studying and dissecting the fundamental reasons and outcomes from historical financial events he has been able to translate this insight into computer algorithms that scan the world in search of opportunities.  He says by doing this research it provides “a virtual experience of what it would be like to trade through each scenario”.

Ray is particularly interesting because he does not believe in an approach devoid of understanding fundamental cause-effect relationships.  He has however been able to use technical analysis to identify mispriced assets based on fundamental information.  So to say that Ray gives fundamentals analysis the back seat to technical analysis would not be entirely accurate.

Well defined systems, processes and principles are his key when is comes to making investing decisions.  All strategies are back tested and stress tested across different time periods and different market around the world to ensure that they are timeless and universal.  The strategies are all about looking at the probabilities and extreme caution is exercised; for a hedge fund Bridgewater uses relatively low leverage of 4 to 1.

While the hedge fund industry as a whole has an average correlation to the S&P 500 of 75% Dalio claims to have discovered 15 uncorrelated investment vehicles.  Bridgewater focuses mostly in the currency and fixed income markets but uses powerful computers to identify mispriced assets on dozens of markets all over the world.  To find so many different uncorrelated investments requires stepping well beyond the realm of the stock exchange. 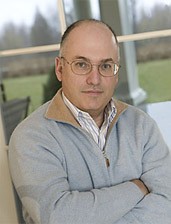 Now a well know force on Wall Street due to his world class performance and high volume of trading which accounts for about 2% of the daily volume on the New York Stock Exchange.  Steven started trading options in 1978 and made $8,000 on his first day.

Steven keeps his activities very secretive but his style is understood to be high volume hair-trigger stock and options trading.

He believes that 40% of a stocks price fluctuations are due to the market, 30% to the sector and 30% to the stock itself.

Despite the great performance of SAC Capital their best trader makes a profit on 63% of their trades while most of the traders are profitable 50-55% of the time.  Interestingly 5% of their trades account for virtually all their profits.  Something to keep in mind the next time you get a spam email claiming that your can buy a 95% accurate ‘Stock Trading Robot’.

Steven attributes the success of SAC to the breath of experience and skills found in the people working for the firm.  They look for traders who have the confidence to take risks, those who wait for someone to tell them what to do never succeed. 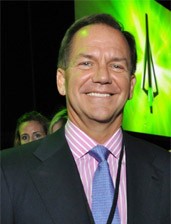 Both a discretionary and systems trader who had his early success trading cotton futures.  Jones majored in economics at the University of Virginia in 1976 and got a job working for the cotton speculator Eli Tullis not long after graduating.  The greatest lesson that he learnt from Eli was emotional control but was later fired for falling asleep on the job after a big night out on the town with his friends.

Much of his fame came from predicting the 1987 stock market crash from which he pulled a 200% return or roughly $100 million.  Jones claims that predicting the crash was possible because he understood how derivatives were being used at the time to insure positions and how selling pressure on an over priced market would set off a chain reaction.  He says that you need a core competency and understanding of the asset class you are trading.

He attributes his success to a deep thirst for knowledge and strong risk management.  Jones is a swing trader, trend follower and contrarian investor who also uses Elliot Wave principles.  Most of his profits have been made picking the tops and bottoms of the market while often missing the ‘meat in the middle’.  Jones believes that prices move first and fundamentals come second.

A self professed conservative investor who hates losing money.  He tries to identify opportunities where the risk/reward ratio is strongly skewed in his favor and does not use a lot of leverage.  In his eyes a good trader is someone who can deliver an annual return of 2-3 times their largest draw down.

if actual > forecast = good for currency (for CAD in our case)

The U.S. dollar was slightly higher against the Canadian dollar in early trade on Tuesday, but the pair looked likely to remain locked in recent ranges as concerns over political deadlock in Washington continued.

The greenback found some support after President Barack Obama repeated Monday that he is willing to negotiate with congressional Republicans on a range of topics, including healthcare and energy policy, but only after the government is reopened.

President Obama also called on Congress to raise the government borrowing limit ahead of the October 17 deadline, when the Treasury Department has estimated the U.S. government will not have enough cash to pay its bills.

The Canadian dollar showed little reaction after official data showed that the country’s trade deficit widened unexpectedly in August, expanding to CAD1.31 billion from a deficit of CAD1.19 billion in July. Analysts had expected the deficit to narrow to CAD1.0 billion.

The loonie, as the Canadian dollar is also known, was slightly lower against the euro, with EUR/CAD easing up 0.12% to 1.4020.

International Monetary Fund Chief Economist Olivier Blanchard said Tuesday that a prolonged failure to raise the U.S. debt ceiling would "almost certainly derail the recovery", and warned the U.S. to slow the pace of its deficit reduction program.

U.K. industrial production declined unexpectedly in August and at the fastest pace since September 2012, driven by downward contributions from all main sectors, especially the dominant manufacturing activity, official data showed.

In the same month, the visible trade gap narrowed from July, but the shortfall for the three months to August increased, raising concerns about the third quarter growth.

Industrial production declined unexpectedly by 1.1 percent in August from July, the sharpest fall in 11 months, following a modest 0.1 percent rise in July, data from the Office for National Statistics showed Wednesday.

The latest data put a dent into hopes that the British economy may have grown by as much as 1 percent quarter-on-quarter in the third quarter, IHS Global Insight's Chief UK economist Howard Archer said.

The British Chambers of Commerce yesterday said economic growth will be around 0.9 percent to 1 percent in the third quarter and signaled hopes of upward revisions to the whole-year forecast.

The International Monetary Fund on Tuesday upgraded the outlook for the U.K. growth to 1.4 percent this year from 0.9 percent. In 2014, growth is seen accelerating to 1.9 percent.

Samuel Tombs at Capital Economics also pointed out that today's figure dampen hopes that the recovery picked up much more pace in the third quarter as well as undermines hopes that the economy is finally rebalancing. 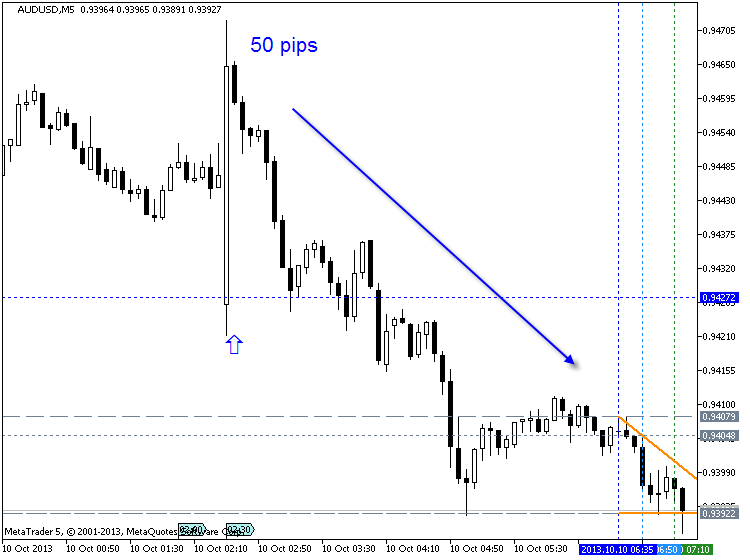 Australia's unemployment rate was a seasonally adjusted 5.6 percent in September, the Australian Bureau of Statistics said on Thursday.

That was below forecasts for 5.8 percent and down from the revised 5.7 percent in August (originally 5.8 percent).

The participation rate eased to 64.9 percent - shy of forecasts for 65.0 percent, which would have been unchanged from August.