And this situation  was changed for now : the market condition is in still ranging but support/resistance lines were moved "far away from each other"

I think - the most interesting pair for the next week will be USDJPY. because as I see - Chinkou Span line is crossing historical price (on open bar), and if it will be crossed on close bar so we may have good breakdown :

The Reserve Bank of Australia on Tuesday decided to retain its benchmark cash rate at record-low of 2.5 percent, in line with economists' expectations.

At the meeting, the Reserve Bank Board noted that the current setting of the monetary policy remained "appropriate".

The Board said it will "continue to assess the outlook and adjust policy as needed to foster sustainable growth in demand and inflation outcomes consistent with the target."

In a statement, RBA Governor Glenn Stevens said Australian dollar rose recently, but is still about 10 percent below its level in April. A lower level of the currency than seen at present would assist in rebalancing growth in the economy, he said.

Stevens said the full effects of easing in monetary policy since late 2011 are still coming through, and will be for a while yet.

The economy has been growing a bit below trend over the past year and this is expected to continue in the near-term as the economy adjusts to lower levels of mining investment, Stevens noted.

Australia Has A$815 Million Trade Deficit In August

Australia posted a seasonally adjusted merchandise trade deficit of A$815 million in August, the Australian Bureau of Statistics said on Wednesday - marking a 41 percent gain from the previous month.

The headline figure missed forecasts for a shortfall of A$400 million, but it narrowed significantly from the revised deficit of A$1.375 billion in July (originally called a shortfall of A$765 million).

The U.K. service sector continued to perform strongly in September and thereby round off the best quarterly performance of the sector since the second quarter of 1997, data from Markit Economics showed Thursday.

The headline Markit/Chartered Institute of Purchasing & Supply Purchasing Managers' Index dropped slightly to 60.3 in September from August's near seven-year high of 60.5.

That signaled another strong rise in activity on a monthly basis, and extended the current run of continuous growth to nine months. The sharp increase in activity was once again supported by incoming new business.

September's survey showed employment growth accelerating to a solid rate that was only fractionally lower than June's near six-year high.

Finally, operating costs continued to increase during the latest survey period. Efforts to pass these higher costs onto clients were generally thwarted by ongoing price competition.

if actual > forecast = good for currency (for CAD in our case)

The Ivey Purchasing Managers Index was at 51.9 on a seasonally adjusted basis in September, indicating that purchasing activity in Canada expanded from August.

The index, which measures changes in economic activity as indicated by a panel of purchasing managers from across Canada, is sponsored by the Richard Ivey School of Business at Western University.

The employment index for September was at 53.5, indicating employment was higher than in the previous month.

The inventories index was at 54.2, indicating inventories were higher than in the previous month.

The prices index was at 64 in September, indicating prices were higher than in the previous month.

All figures above are on a seasonally adjusted basis.

The unadjusted Ivey Purchasing Managers Index was at 59.4 in September.

I think - most interesting pair for the next week will be USDCAD. Because if we look at H4 timeframe - Chinkou Span is almost crossed with price (on open bar), and it is bearish on D1 timeframe. Thus, if we will have breakdown on H4 - the price will come to the cloud (ranging) ... so - it is 'Ranging Bearish' for the next week.

if actual > forecast = good for currency (for EUR in our case)

Germany's overall exports recovered in August from July, while the growth in imports increased marginally, data from the Federal Statistical Office showed Tuesday.

Despite an increase in exports, the foreign trade surplus declined to EUR 13.1 billion in August from EUR 16.2 billion in July. On a seasonally and calendar adjusted basis, the surplus totaled EUR 15.6 billion.

On a yearly basis, exports decreased 5.4 percent and imports dropped 2.2 percent in August. 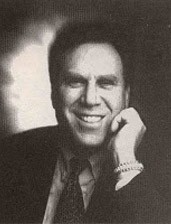 Originally a stock analyst but got sick of having to write bullish investment advice on overpriced companies.  He developed and combined several technical indicators in an effort to determine lower risk entry points for his trades.  Schwartz found success when he shifted to technical analysis and focused on mathematical probabilities.

He ran his account up from $40,000 to $20 Million and also won the U.S. Investing Championship in 1984.  When asked if Technical Analysis works he replied “I used fundamentals for nine years and got rich as a technician”.  A big advocate of moving averages, Schwartz identifies healthy stocks by looking for positive divergences in price action over the broad market. 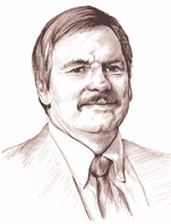 Lost all his capital several times while learning to trade including one occasion when he lost more than his entire net worth.  In 1982 he sold naked calls on Cities Service that expired deep in the money.  His account dropped from $165,000 to a deficit of $350,000 in a matter of days; a total loss of $815,000 when taking into account for the money that he lost in his family’s accounts.

Not one to give up, after five years Mark had totally recovered from the losses but vowed never to sell another naked option.  He attributes his turn around in success to the development of what he calls the ‘Cumulative Tick Indicator’.

There is a widely used indicator called the ‘Tick’ that measures the number of NYSE stocks whose last trade was an uptick minus the number whose last trade was a downtick.  When the ‘tick’ indicator is above or below a neutral band the ‘cumulative tick indicator’ starts to add or subtract the ticks from a cumulative total.  This works as an over brought and over sold indicator.  When it reaches extremes of bullish or bearish readings the market tends to reverse direction.

In 1989 Cook finished second in the US Investing Championship trading stocks and in 1992 after shifting to options he won the championship with a return of 563%.  Now he trades options holding them 3-30 days and day trades S&P 500 and NASDAQ futures.