This indicator is a modified variant of the Relative Strength Index (RSI).

The main difference of this indicator from its standard equivalent is the possibility to change the smoothing algorithm by selecting an appropriate one out of ten algorithms present:

It should be noted that Phase parameter has completely different meaning for different smoothing algorithms.

It is quite natural that some smoothing variants require some different interpretation of the indicator signals. Oversold/overbought levels are indicated in dynamically changing variant based on the Bollinger Bands ® to provide more accurate work with them. 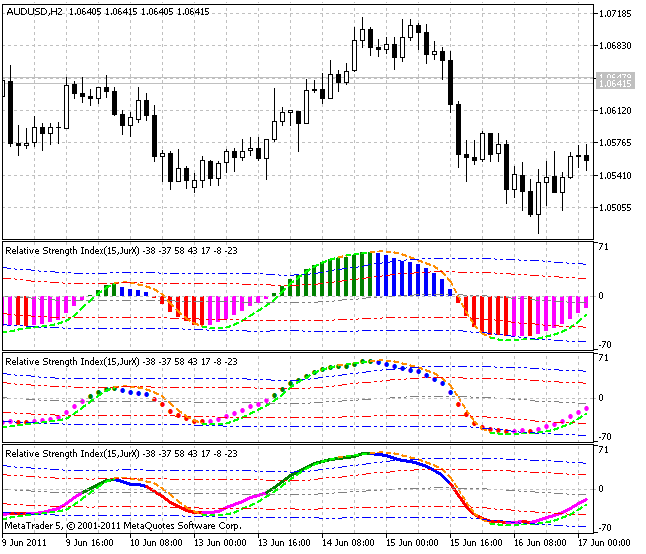 Stalin is one of the so-called «signal» indicators, as it provides a trader with accurate market entry points.

DailyPivot_Shift indicator differs from the common DailyPivot indicator, as the main levels can be calculated with day start shift.