One more from the creations of John Ehlers.

Best described by Ehlers himself: 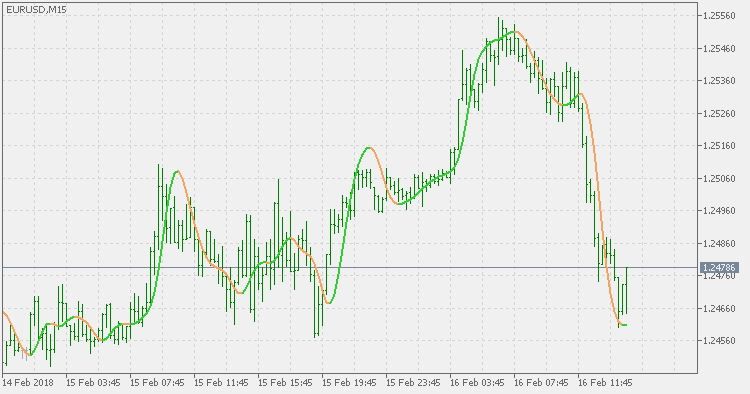 This is a conversion of Kalman bands originally developed by Igor Durkin. Values are the same as MetaTrader 4 version except that we are using possibilities that MetaTrader 4 does not have to make the indicator easier to use.

The DSL version of Williams' Percent Range does not use fixed levels for oversold and overbought levels, but is having a sort of dynamic (discontinued signal lines) calculated to identify those levels. That makes it a bit more responsive to market changes and volatile markets.

The DSL (Discontinued Signal Line) version of Stochastic does not use a moving average in a classical way for signals, but is instead calculating the signal lines depending on the value(s) of the stochastic. Thus, we are having two things : a signal line and a sort of levels that can be used for overbought and oversold estimation.