At any given time, there are always several alternative models of value dynamics. Some models have a higher probability of implementation, while others have a lower one.

As of the development of the fractal structure on May 13, 2022, it could be assumed that the model of the future dynamics of gold quotations, which is designated FMFS-I (75%), has the highest probability of being realized. 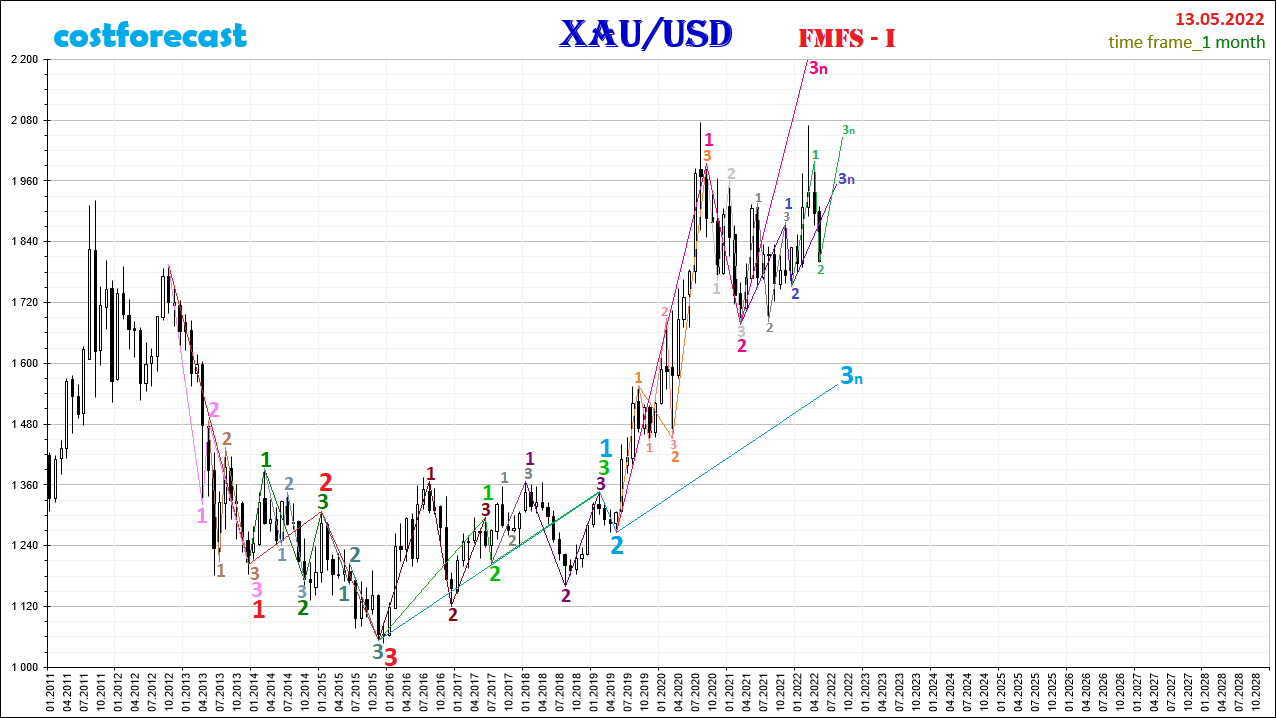 According to this model, over the time period from mid-May to the end of September, the price of gold should have doubled from $1,800 to $3,600. 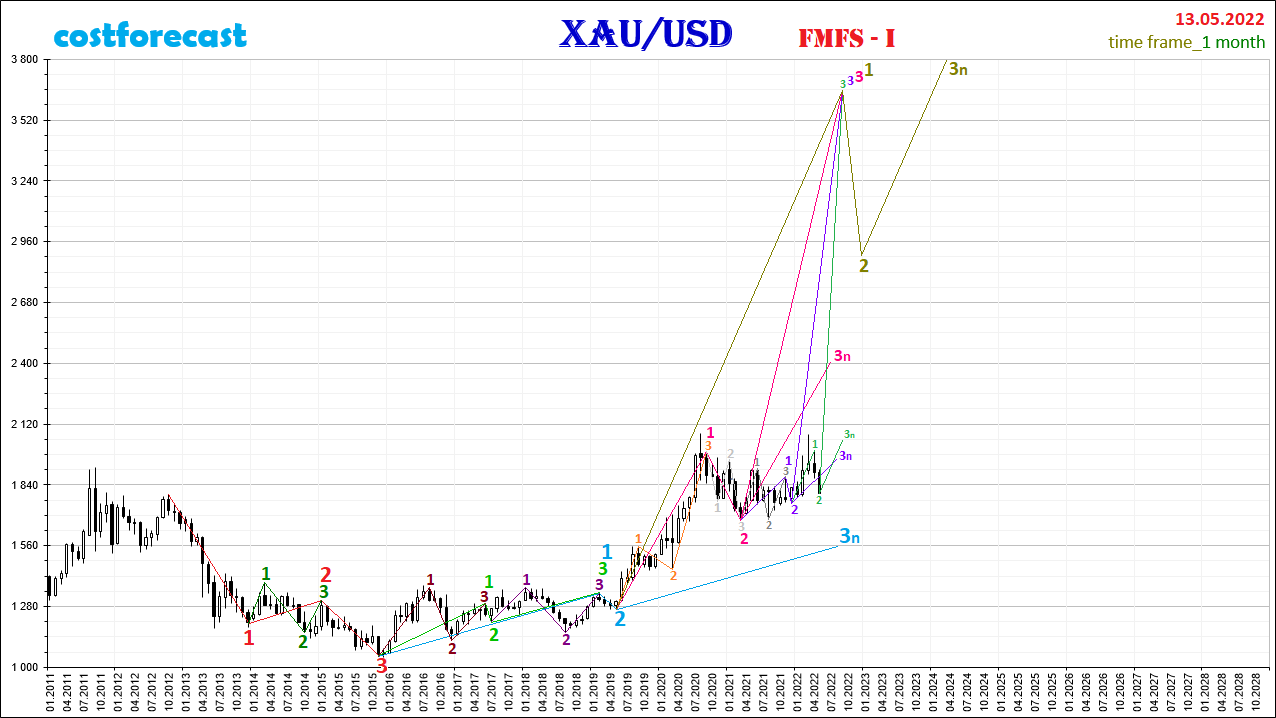 However, by 07/01/2022 it was already clear that this FMFS-I model would not be implemented, since the dynamics began to develop according to an alternative scenario, which had a lower probability of implementation as of 05/13/2022 (25%). 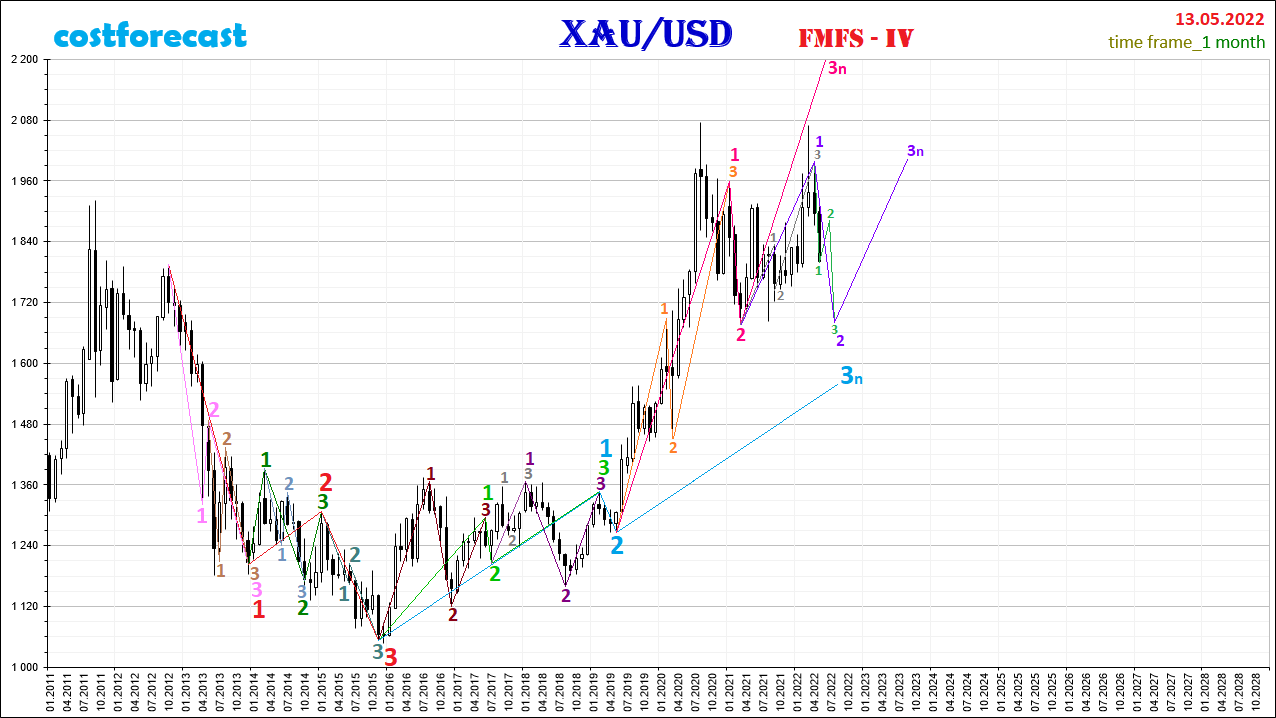 According to an alternative model, the decline in gold quotes should have continued to the level of $ 1,700 as part of the formation of a fractal, which is indicated in the FMFS-IV model of 05/13/2022 in green and which should become the 2nd segment of the fractal of a higher order in the fractal structure, indicated on this graphics in purple. 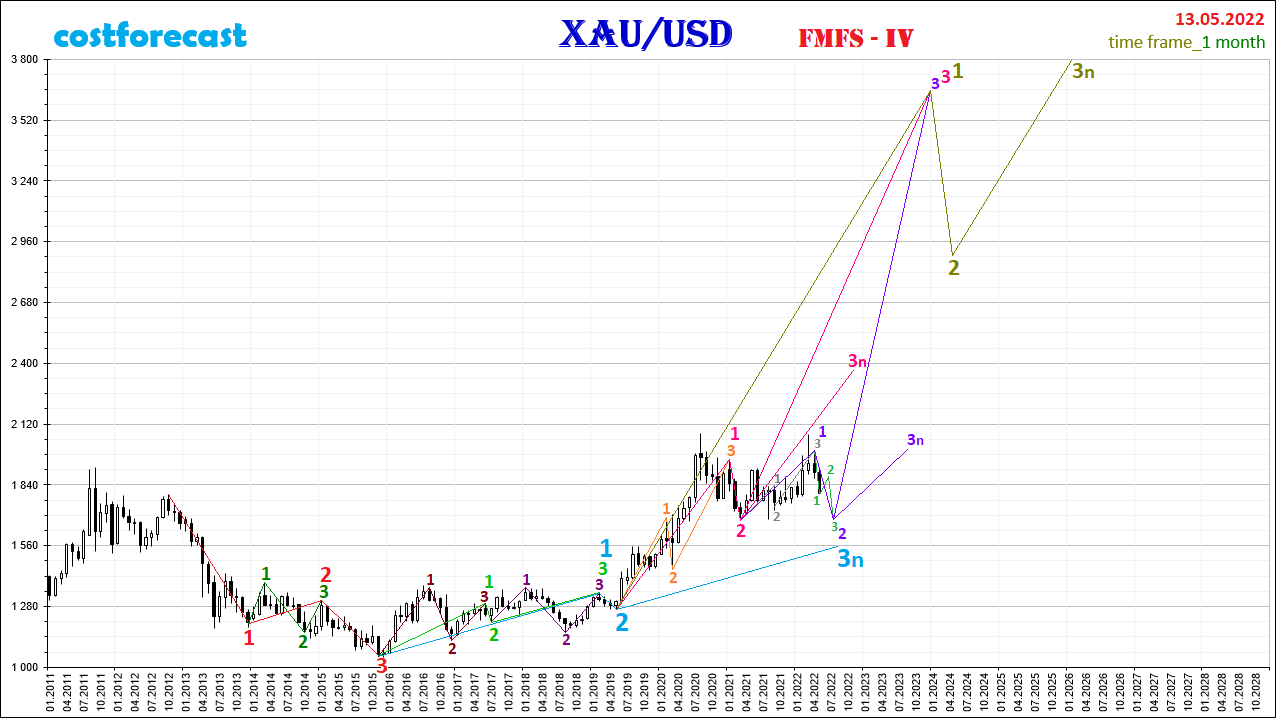 As of 09/01/2022, we can say that the decline in gold quotes ended as part of the end of the 2nd segment of the fractal, indicated in purple on the chart. 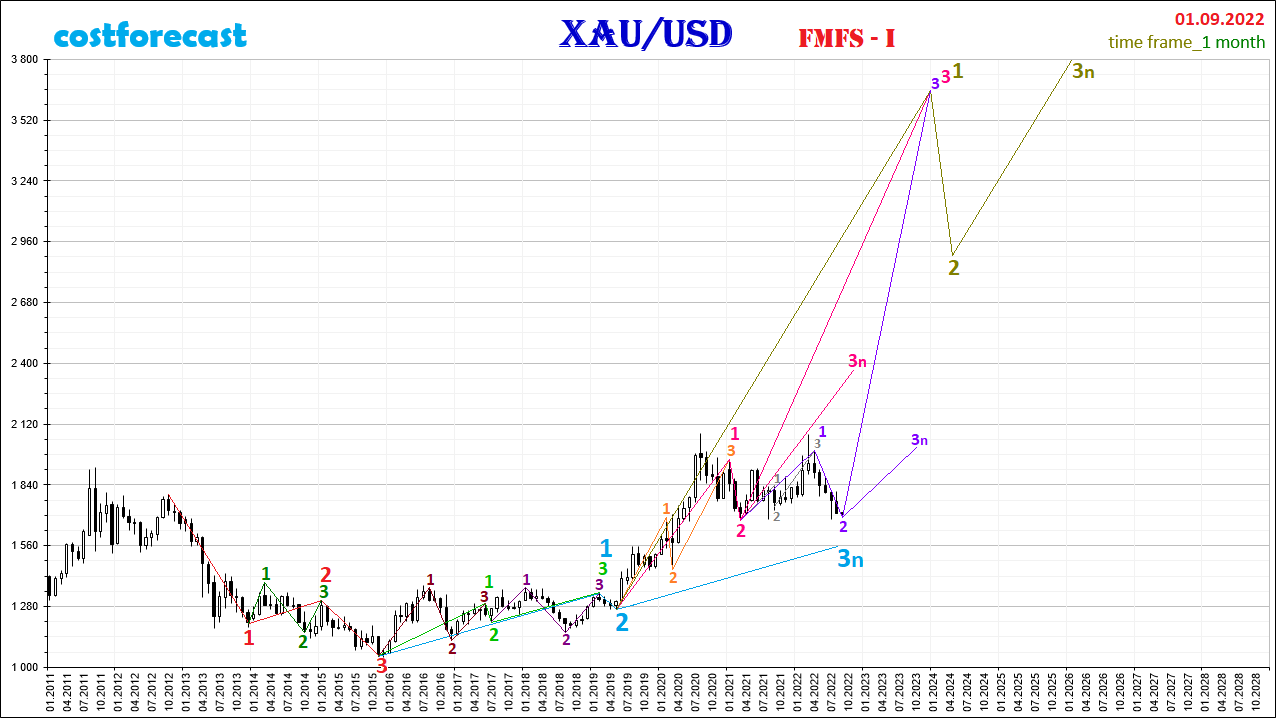 According to this model, which as of 09/01/2022 has the highest probability of realization of 95%, the upcoming dynamics of gold quotations will rise to the level of $3,600 per troy ounce as part of the formation of the 3rd segment of the fractal, indicated in purple on the chart.

INDICATOR FOR PROFESSIONAL TRADERS! I MADE GOOD MONEY.

SCALPING BY THE AUTHOR'S INDICATOR. NICE EVENING TO TRADE!

Technical analysis of the Dow Jones index for 2022.

AUD/USD: in range. Is the upward correction close to completion?