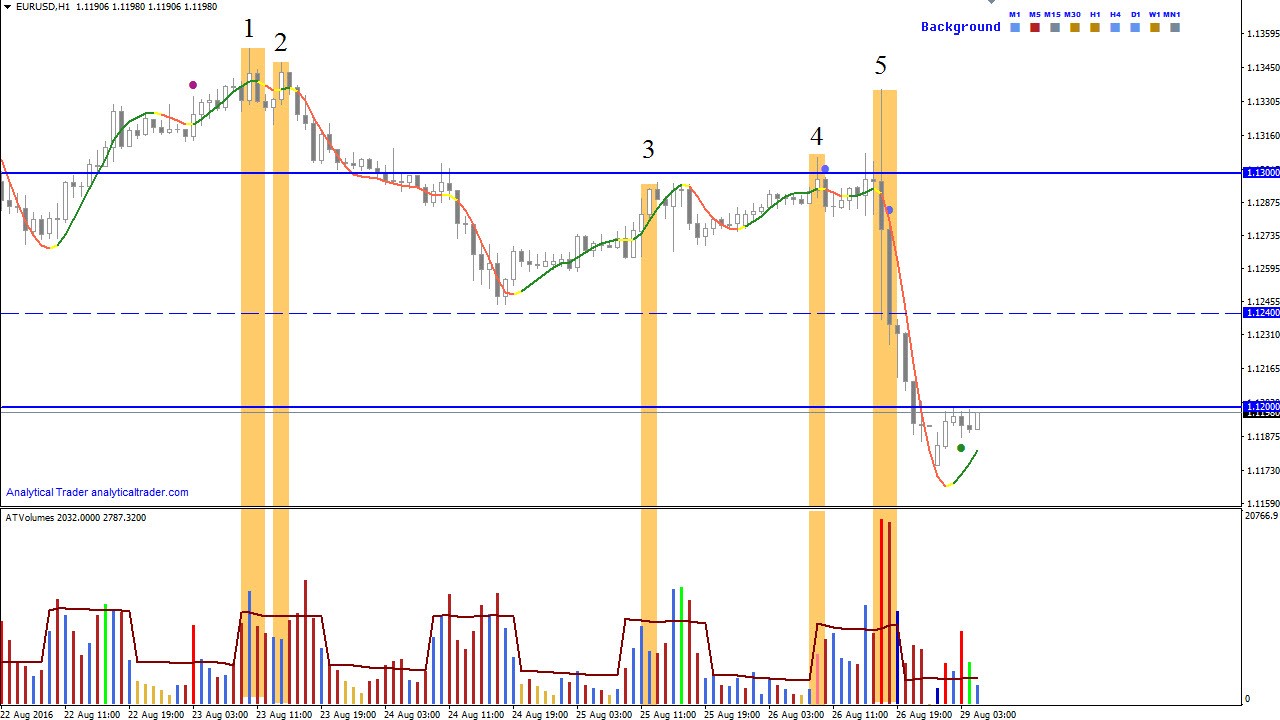 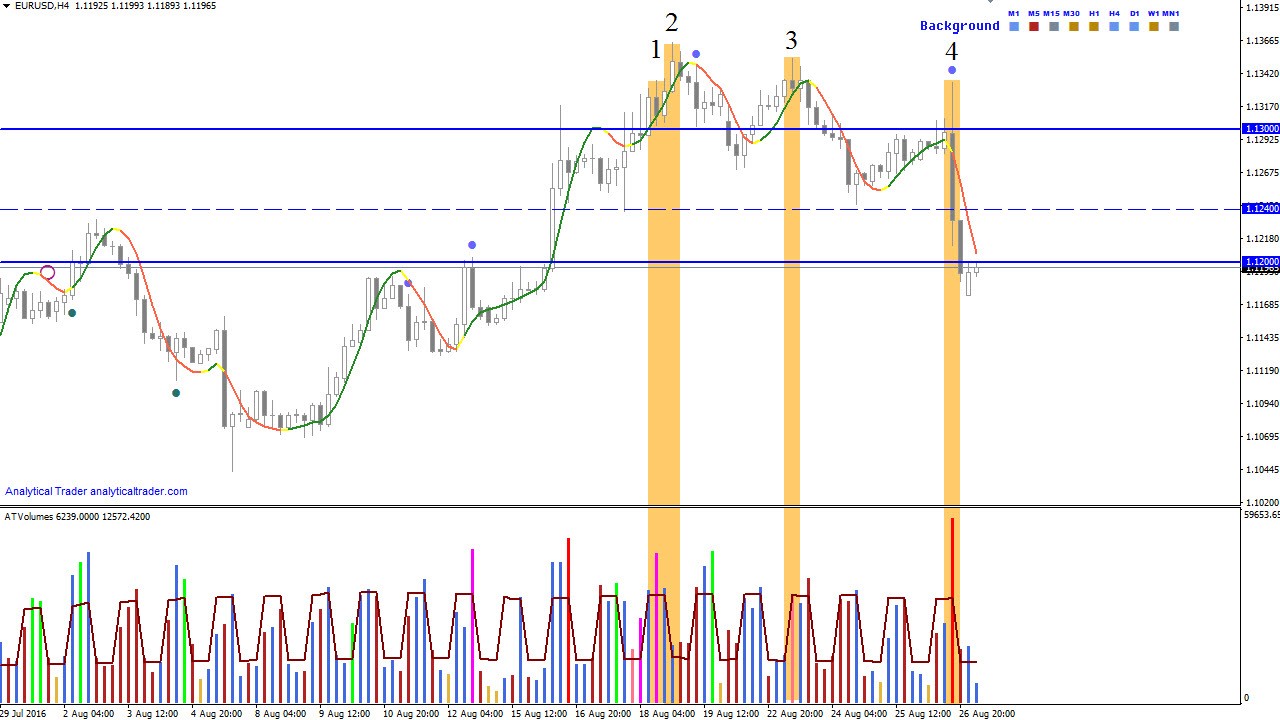 In point 1 there was a combination of turning bars, which together can be seen as “Up-Thrust”. This is a significant signal of the weakness. At point 2 – the successful “No Demand”.

In point 3 and 4 these were successful “No Demand ” again, which confirmed the weak character of the market. In point 4, the signal can also be regarded as “Up-Thrust”. The low volume and narrow spreads suggest that supply has overcome demand.

In addition, the weakness of the market confirmed the signals from TF H4: down bar with high volume in point 1, “No Demand” in point 2, followed by a decrease in prices, “Up-Thrust” in point 3 and the breakdown level of 1.124 in point 4.

Forex and Cryptocurrency Forecast for January 13-17, 2020

EURUSD - Trading Planner : This is how students can create a trade plan and execute it.

[SOLVED] ✓ How to prevent confusion while on the markets.

SR Strategy: to find out where the market gives us the best opportunity to open new positions.