The Kijun-Sen is a major indicator line and component of the Ichimoku Kinko Hyo indicator, also known as the Ichimoku cloud. It is generally used as a metric for medium-term momentum. The Kijun-Sen line calculation utilizes the following formula:

This version of Kijun-Sen adds one option not known in the original Kijun-Sen indicator - smoothing. The smoothing is done not by smoothing the result, but by smoothing the prices prior to being used for calculation. Hence the lag is lessened and the result is still smoother. That way some possible fake signals are filtered out. 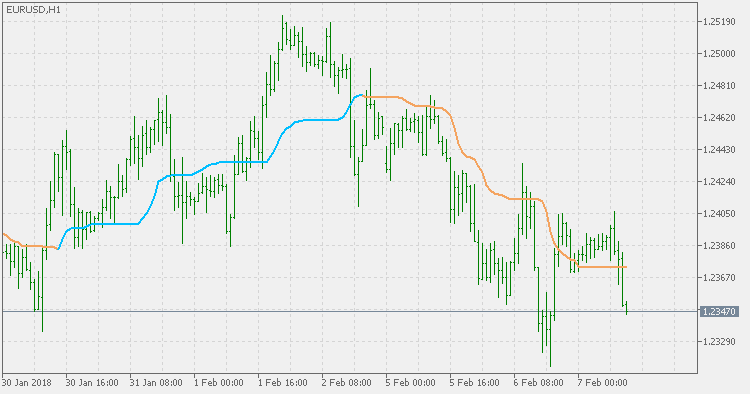 Commodity Channel Index (CCI) is a versatile indicator that can be used to identify a new trend or warn of extreme conditions. Donald Lambert originally developed CCI to identify cyclical turns in commodities, but the indicator can be successfully applied to indices, ETFs, stocks, and other securities.

The Volume Rate of Change indicator (VROC) measures the rate of change in volume over the past "n" sessions. In other words, the VROC measures the current volume by comparing it to the volume "n" periods or sessions ago.

MACD TEMA is even a bit more "faster" than MACD DEMA so, depending on the parameters, in scalping mode (short calculating periods) or trending mode (when longer periods are used. Never forget that MACD is primarily a momentum indicator and that it is the main goal of MACD.