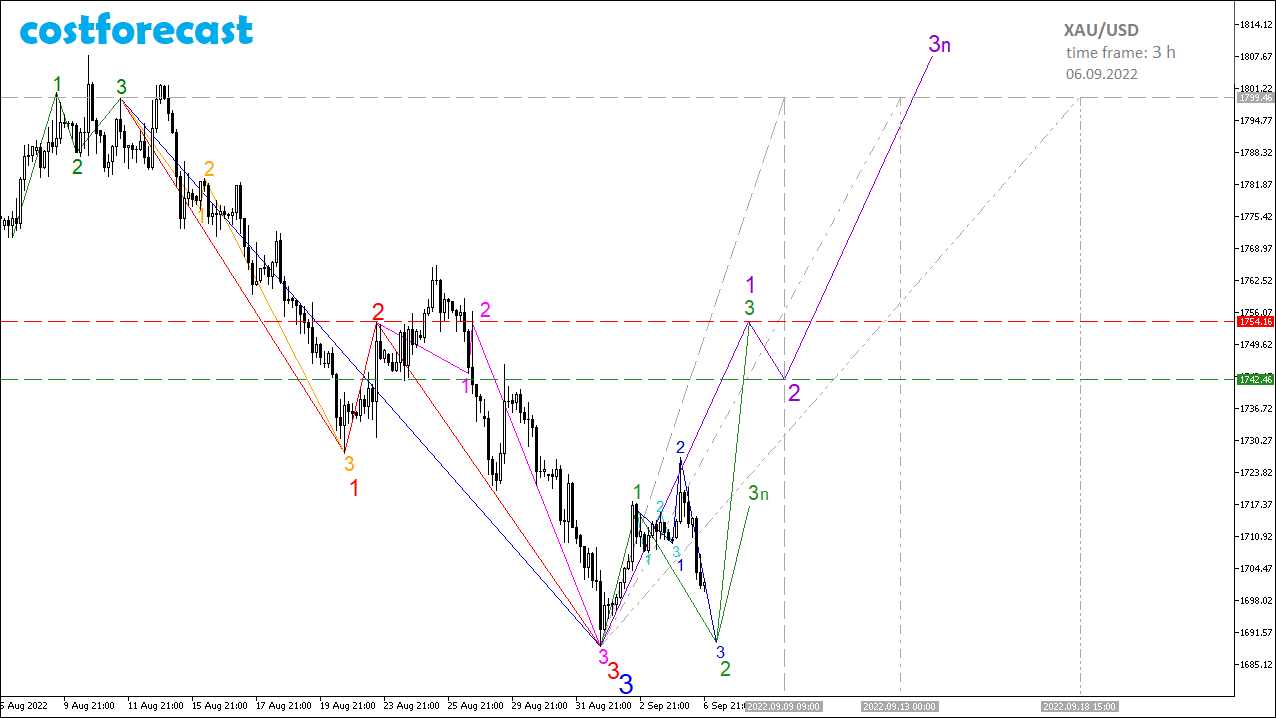 Analyzing the fractal structure of the chart of the dynamics of the GOLD quotes, built with a time frame of 3 hours, as of 09/06/2022, we can assume that the current dynamics of the quotes is in a downtrend as part of the formation of the 3rd segment of the fractal, which is indicated on the chart in dark blue. This dark blue fractal is formed as an F15 fractal from Alphabet of Niro Attractors and represents the 2nd segment of the higher order fractal, which is marked in green on the chart.

At the moment, it can be assumed that the green F13 fractal will be the 1st segment of a higher-order fractal, which is indicated in purple on the chart and which can subsequently form as an F21 fractal from the Alphabet of Niro Attractors as part of the formation of the 3rd segment of which Gold quotes will rise above $1,800 per troy ounce after 09/15/2022, bouncing off $1,745, which will end the 2nd segment of the purple fractal F21.

By clicking on the link, you can get acquainted with the Alphabet of Niro Attractors and the Method for modeling the dynamics of value in the financial market.

In the article “When will Dow be Low?” the application of the modeling method is shown on the example of the dynamics of the values of the Dow Jones index.

Monitoring of current models of future price dynamics on the costforecast channel.

SCALPING BY THE AUTHOR'S INDICATOR. NICE EVENING TO TRADE!

The Most Wanted EA

90/10 Strategy: Definition, How It Works, Examples

EUR/USD and EUR/JPY At Risk of Fresh Decline