The script is designed for setting two shift parameters and the number of calculated data for an indicator, EA or another script via the global variables. It is also possible to automatically iterate over the data range from the initially set bar until the zero bar with a delay.. Provided is an example of linear regression indicator in conjunction with the attached script..

The script has the ability to manage the indicator both in manual mode (set shift - positioning the linear regression object with the mouse) or in the automatic mode (set shift - positioning the linear regression object through setting the new coordinates with a shift of -1). nual and automatic management mode is set using the _Emulated global variable: _Emulated=0 - manual mode, _Emulated=1 automatic mode.. Setting the global variable value is performed either using the "F3" global variables, and also by deleting the "Auto Emulate" or "Manual Emulate" text labels - which changes the value to the opposite..

The example of use on different periods is provided in the figures below.. 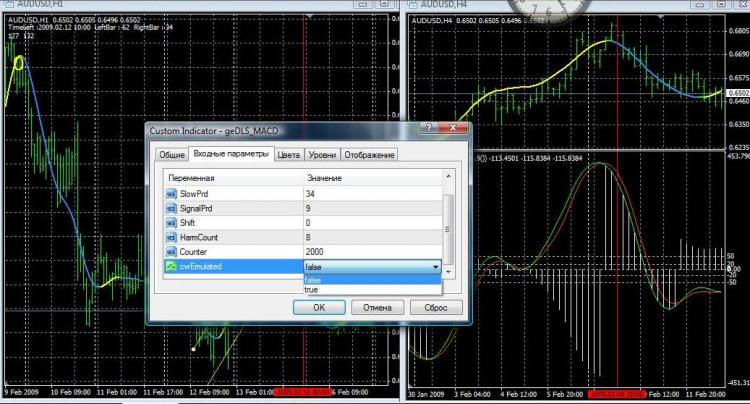 Displayed are the points of shift location accordance on different periods 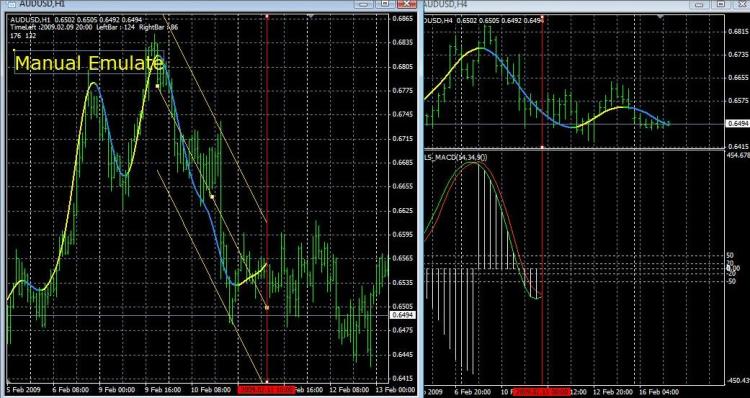 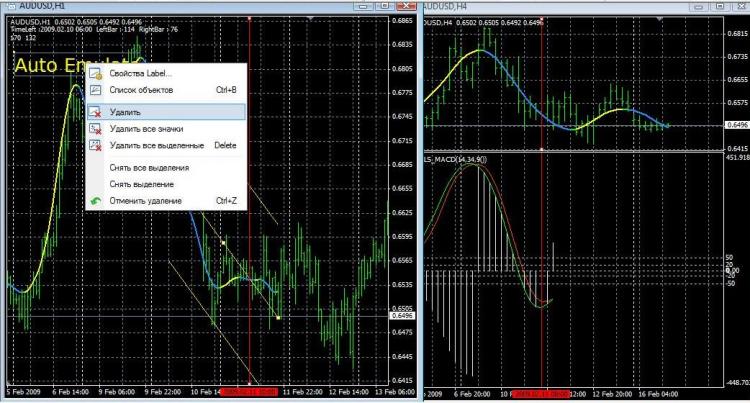 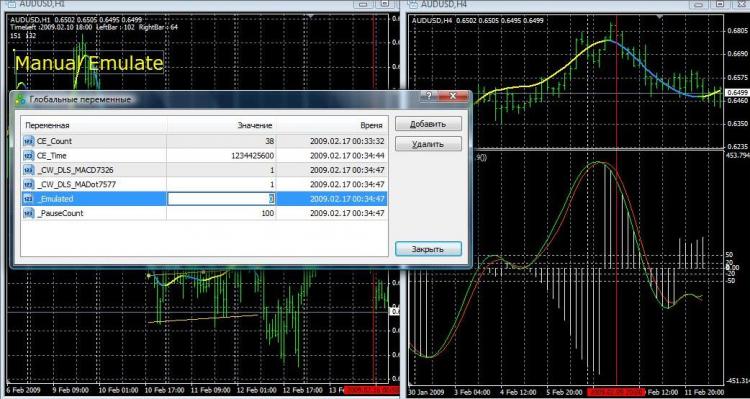 ds_Ticks - Ticks on the price chart

Expert Advisor based on the Sidus indicator.

Expert Advisor based on the Sidus indicator.

The script plots a "Tic Tac Toe" chart in the form of Japanese candlesticks.