Nasdaq will hit 10,000 in the very near future (based on the article)

Google share price is located far above Ichimoku cloud in the bullish area of the chart: daily price is breaking 978 resistance level to above for the bullish trend to be continuing. 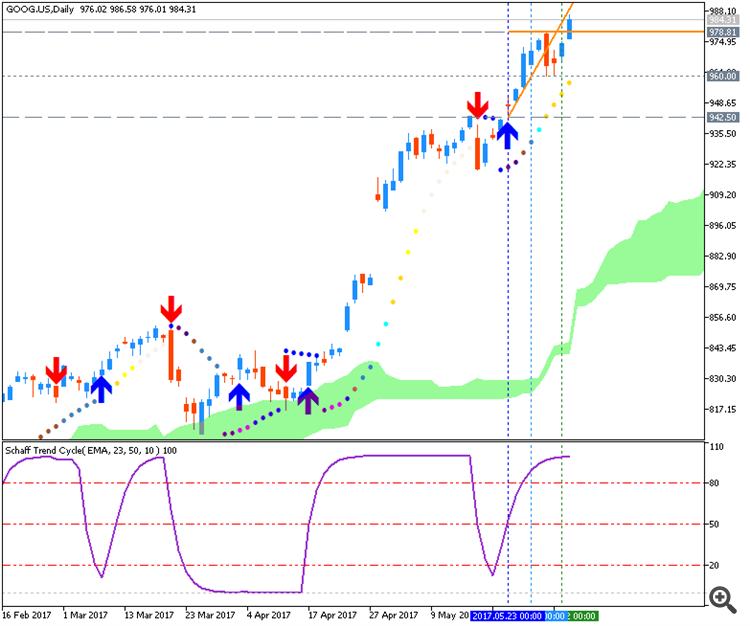 Apple shares are on bullish ranging within 155/152 s/r level to be above Ichimoku cloud: the price is testing 155 resistance to above for the bullish trend to be resumed. 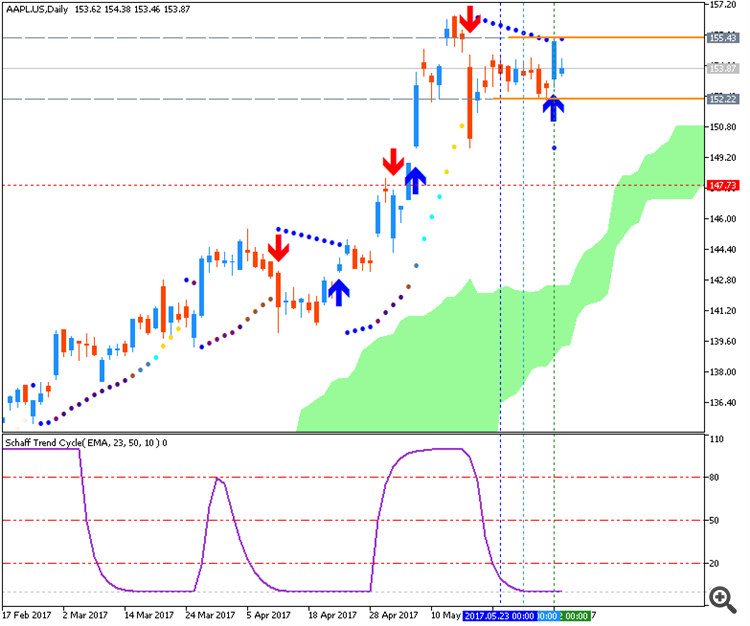 Apple Google The Best Stocks Of 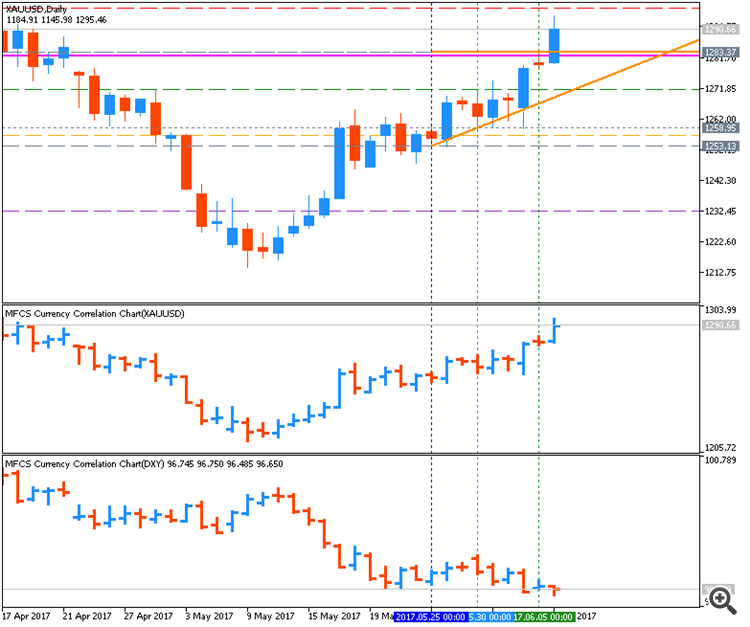 The following CodeBase indicator was used to provide the chart about: MFCS Currency Correlation Chart

What's the Correlation between the Dollar and Gold? - Market Realist
The rise in gold on June 6 also boosted the other three precious metals. Silver futures for August delivery were 1.4% higher for the day and closed at $17.6 per ounce. Platinum and palladium also jumped 2.6% and 1.2%, respectively. The US dollar has a closeknit relationship to gold and the other three precious metals. The DXY Currency Index...
Forecast and levels for Can anyone tell how Forex Currency Correlation

[AUD - GDP] = Change in the inflation-adjusted value of all goods and services produced by the economy. 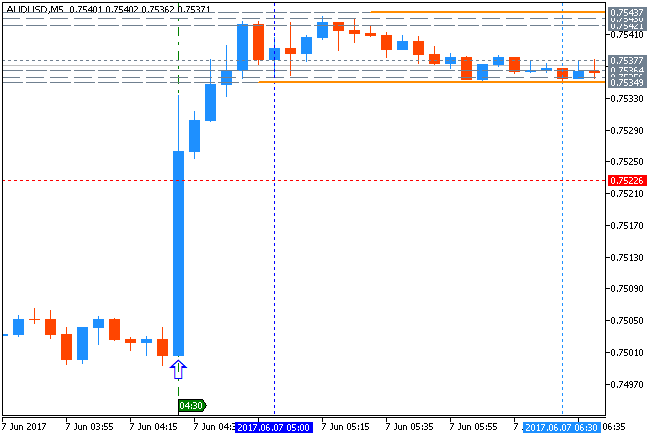 "U.S. commercial crude oil inventories (excluding those in the Strategic Petroleum Reserve) increased by 3.3 million barrels from the previous week." 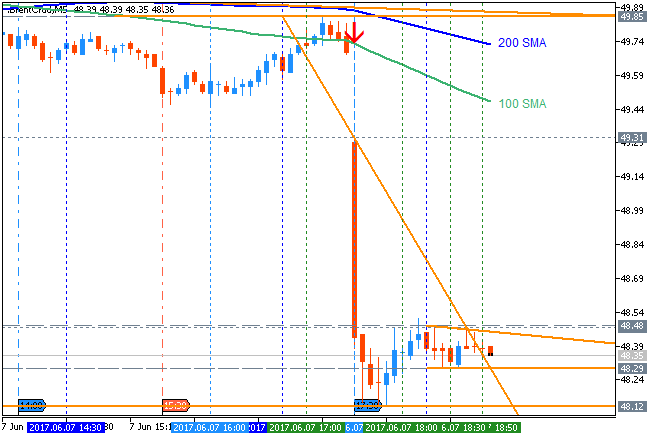 Crude Oil Daily: bearish breakdown. The price was bounced from 54.64 resistance and Ichimoku cloud to below for the daily bearish reversal with good breakdown by crossing descending triangle pattern to below together 48.93 support level and with 48.12 support as the nearest bearish target to re-enter. 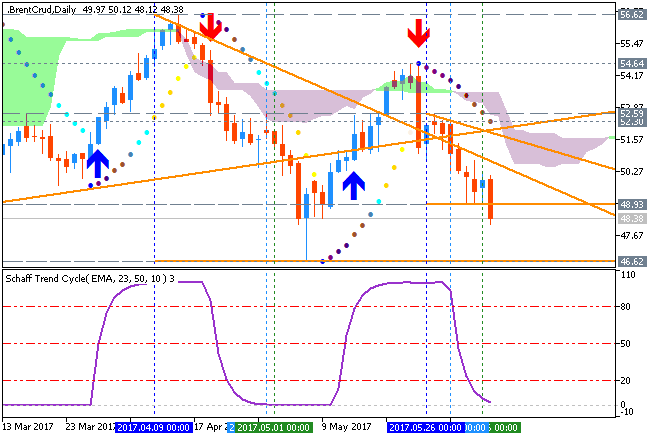 If the daily price breaks 52.59 resistance on close bar so the reversal of the daily price movement from the primary bearish to the primary bullish market condition will be started with 54.64 daily bullish target to re-enter.
If the price breaks 48.12 support level to below on close daily bar so the bearish trend will be continuing with 46.62 daily target.
If not so the price will be on bearish ranging within the levels.

Forecast and levels for Forecast for Q3'16 - Market Condition Evaluation based 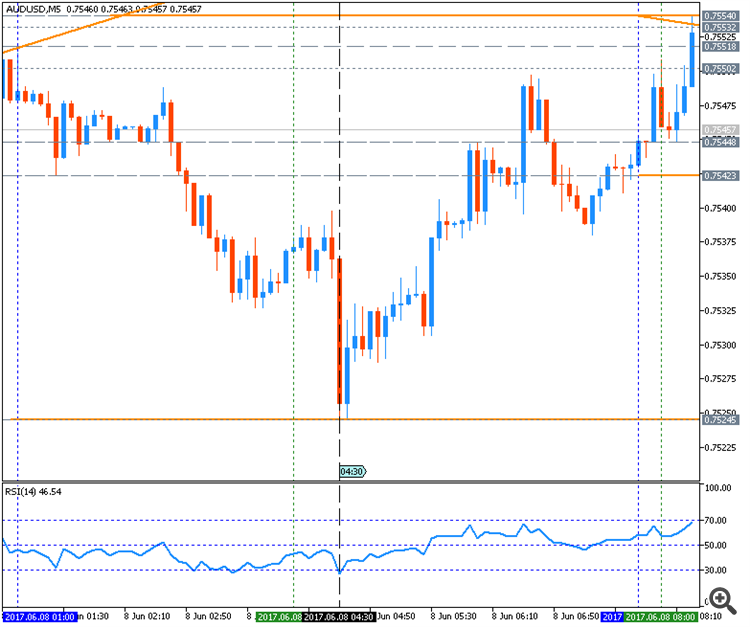 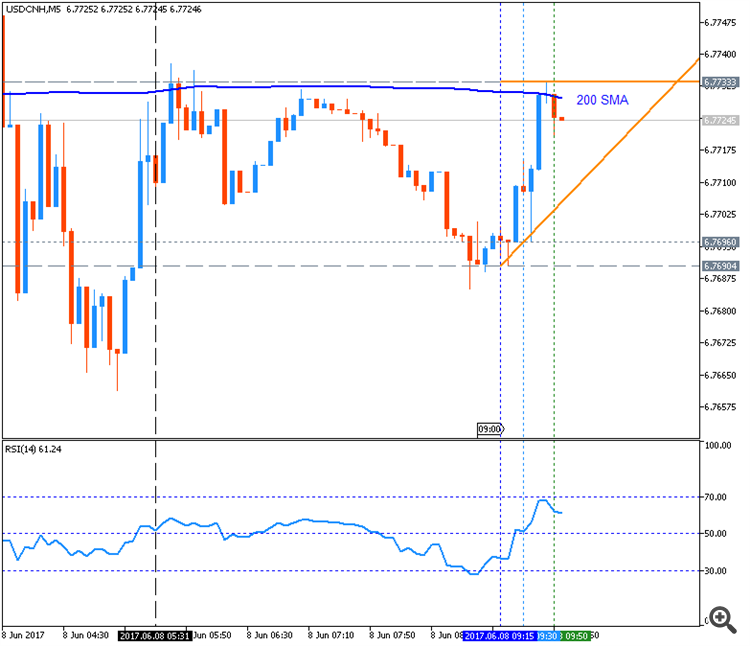 [EUR - Minimum Bid Rate] = Interest rate on the main refinancing operations that provide the bulk of liquidity to the banking system. 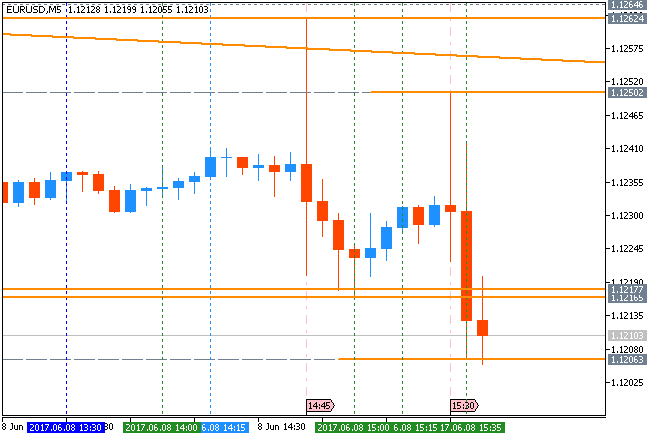 Forecast and levels for Forecast for Q1'17 - Market Condition Evaluation based

Why should I know technical analysis? (based on the article)

Most people incorrectly assume that trading is all about understanding the fundamentals of the market or knowing the balance sheet of a company. It doesn’t have as much to do with that as it does with understanding people. People’s perceptions or expectations of a company or even the entire economy are what drive prices of securities. Prices of equities, commodities, and currencies are all subject to the same laws of supply and demand as is any other product. In fact, this is why you will often see prices drop after a company meets expectations for an announcement. The demand for the shares prior to the release overwhelmed the supply. Sellers realized this and raised their prices they were asking for shares. Buyers, in a desperate attempt to own shares, will raise the amount they are willing to pay for them. 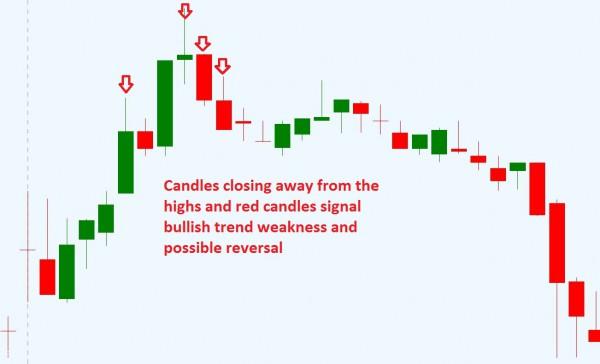 For instance, if Tata Motors sells a larger amount of cars than expected, but traders have already anticipated this, then the price will not move up as you might expect. The traders who were expecting positive sales results have already bought their shares prior to the announcement. This should have caused a rise in price for the reasons I stated above. Once the data is known by everyone and there is no surprise, some buying may come in. However, the traders who already own shares are disappointed that the price isn’t rising more or they are satisfied with their profits and begin to sell. Without increased buying pressure from interested parties, these sellers must drop their price to attract buyers to take their shares.

So you see how human emotion, basically fear and greed, will motivate traders to act in the market. This is what causes price movement. So to be successful in trading, you need to know how to read this emotion and the strength of it. That is what technical analysis does. The charts show us the actions of the traders who are involved in that security. In looking at candlesticks and technical tools, we can read the strength of the emotion of those who will move the markets. We can see when this emotion is shifting and leading market turns.bullish candles

We can read the price candles for much of this information. If you are in a bullish trend that you expect to continue, you would expect the share price to close at or near to the high of the day or the high from several days. You would be seeing green candles on your chart with very few or small topping tails.

The same applies to when selling pressure is gaining or weakening. You would expect a very weak stock to be closing at or near the lows. If it doesn’t, then buyers are strengthening or sellers are weakening or both are occurring. So by viewing traders’ actions in a graphical format, we can make assumptions about the strength of the movement of the stock price. These observations are part of our decision making process to time proper entries and exits in the market. That is what technical analysis can offer you as a trader or investor.

Fundamental analysis versus technical Indicators: RES-SUP How to Start with

Characteristics of the Main Currencies (based on the article)

Although there has been much press recently about the US Dollar loosing its status, there is no doubt that as of this lesson and most likely for the foreseeable future, the US Dollar still reigns supreme over all other currencies of the world. The price for the majority of traded commodities such as oil is quoted in US Dollars and the US Dollar represents over 60% of the worlds currency reserves (the currency held by central banks to back their liabilities). These facts combined with the fact that the US Economy is by far the largest economy in the world has resulted in a market where over 80% of all currency transactions involve the US Dollar. As you can probably imagine after hearing this, currency traders pay heavy attention to what is happening with the US Economy, as this has a very direct affect not only on the US Dollar but on every other currency in the world as well.

The rising power of the currency world is the Euro which was introduced in 1999 as part of an overall plan to unify Europe into something known as the European Union. In short the differing laws and currencies of the different European countries were making them less competitive in the global market place. To try and fix this problem and create one entity with a common set of laws and a common currency, 15 countries joined what is now referred to as the European Union and 12 of those countries adopted the Euro as their common currency. While the economies of the individual countries that make up the Euro Zone don’t come anywhere close to the size of the US Economy, when combined into one Euro Zone economy they do, and therefore some say the Euro will eventually rival or even replace the Dollar as the main currency of the world.

Japan, which is the second largest individual economy in the world, has the third most actively traded currency, the Japanese Yen. After experiencing impressive growth in the 60’s, 70’s and early 80’s Japan’s economy began to stagnate in the late 1980’s and has yet to fully recover. To try and stimulate economic growth, the central bank of Japan has kept interest rates close to zero making the Japanese Yen the funding currency for many carry trades, something which we will learn more about in later lessons. It is also important to understand at this stage that Japan is a country with few natural energy resources and an export oriented economy, so it relies heavily on energy imports and international trade. This makes the economy and currency especially susceptible to moves in the price of oil, and rising or slowing growth in the major economies in which it trades with.

While the United Kingdom is a member of the European Union it was one of the three countries that opted out of joining the European Monetary Union which is made up of the 12 countries that did adopt the Euro. The UK’s currency is known as the Pound Sterling and is a well respected currency of the world because of the Central Bank’s reputation for sound monetary policy.

Next in line is Switzerland’s currency the Swiss franc. While Switzerland is not one of the major economies of the world, the country is known for its sound banking system and Swiss bank accounts, which are basically famous for banking confidentiality. This, combined with the country’s history of remaining neutral in times of war, makes the Swiss Franc a safe haven currency, or one which attracts capital flows during times of uncertainty.

Like the Australian Dollar the New Zealand Dollar which is also known as “The Kiwi” is heavily dependant on commodity prices, with commodities representing over 40% of the countries total exports. The economy is also heavily dependant on Australia who is its largest trading partner. Like Australia, as of this lesson New Zealand also has one of the highest interest rates in the industrialized world, creating significant demand from speculators in this case as well.

Last but not least is the Canadian Dollar or otherwise affectionately known as “The Loony”. Like its commodity currency brothers, the Canadian Economy, and therefore the currency, is also heavily linked to what happens with commodity prices. Canada is the 5th largest producer of gold and while only the 14th largest producer of oil, unbeknownst to most; it is also the largest foreign supplier of oil to the United States. Its relationship with the US does not end here either as the country exports over 80% of its goods to the United States, making the economy and currency very susceptible to what happens not only with commodity prices, but to the overall health of the US Economy as well.