The random walk index was created by Michael Poulos in order to determine if a security's current price action is exhibiting "random walk" or is the result of a statistically significant trend, higher or lower. 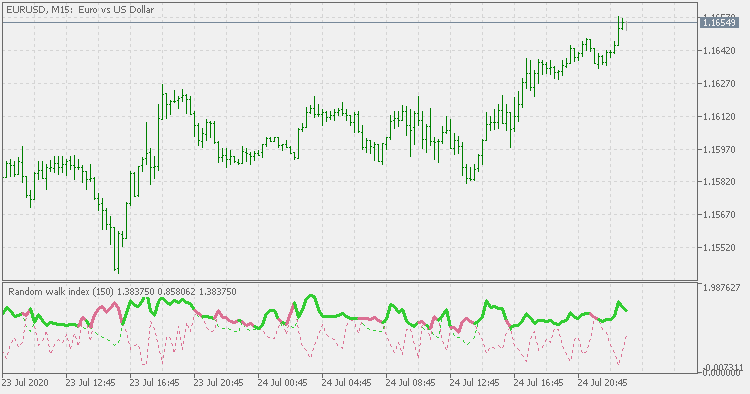 The calculation for high periods, or RWI High, is: 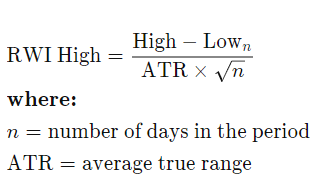 The calculation for low periods, or RWI Low, is:

One deviation is made compared to the original which makes the values a bit different, but the significant points (crosses) are remaining at their original places

this expert opens trade in the direction of the trend when specific rate of average daily range has been passed.

The story behind this indicator is really interesting. I've published last week a script called "Identify potential Trends/Range (Pivot Points)" and a huge number of mql5ers contacted me to ask if it is possible to have it as an indicator. So I was glad that lot of people actually like my scripts and indicators so that is why I've decided to convert the script to this indicator.