This version is using the range (high-low) of the bar it is calculated for as the weight. That way the bars with higher volatility are getting more emphasized and the response to price changes at those bars is accelerated. Basically, as almost all weighted averages, it is similar to simple moving average with an important difference at the times of high ranges where this indicator is much "faster" than the SMA

You can use the color changes of this indicators as signals 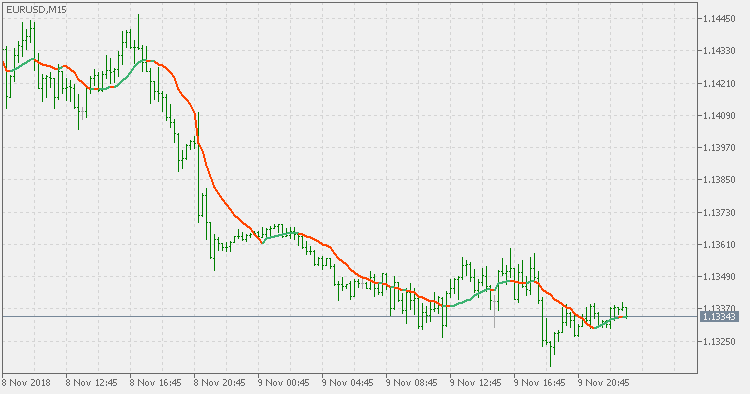