[NZD - GDP] = Change in the inflation-adjusted value of all goods and services produced by the economy. 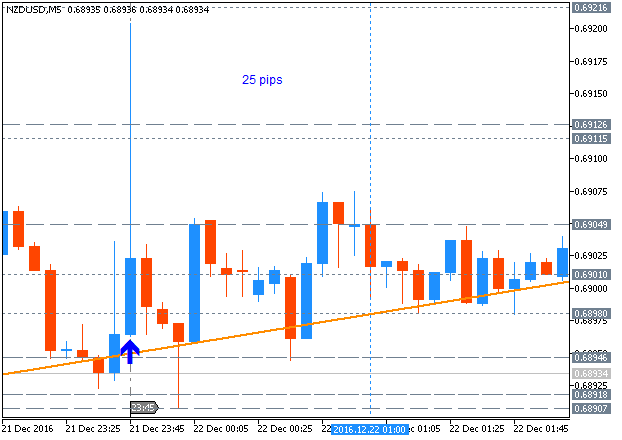 Energy's Biggest Winners & Losers In 2016 (based on the article) 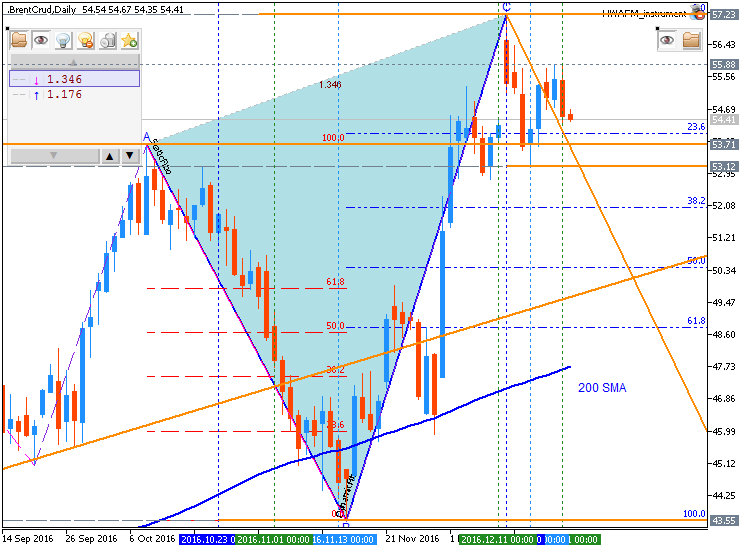 The daily price is trending to be above 200-day SMA in the bullish area of the chart for the ranging within 57.23 resistance level for the bullish trend to be resumed and 53.12 support level for the secondary correction to be started. By the way, the developing retracement bearish pattern is forming by the price for the possible correction to be started in the near future, and descending triangle pattern was formed for the correctional trend for the future as well.

Most likely scenario for the daily price is the following: 53.71 support level is going to be broken to below with 53.12 target to re-enter.

"The Consumer Price Index (CPI) rose 1.2% on a year-over-year basis in November, following a 1.5% gain in October." 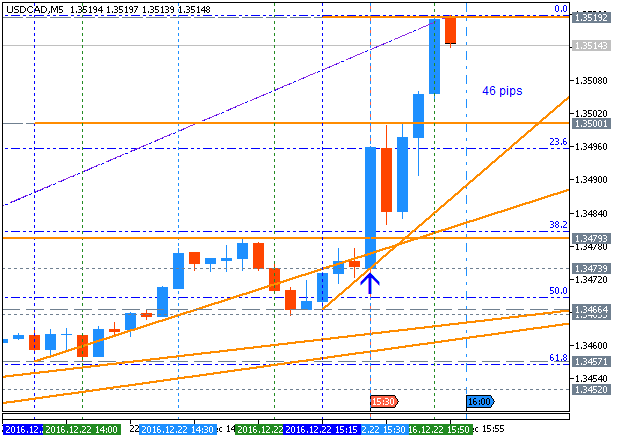 "Real gross domestic product increased at an annual rate of 3.5 percent in the third quarter of 2016, according to the "third" estimate released by the Bureau of Economic Analysis. In the second quarter, real GDP increased 1.4 percent." 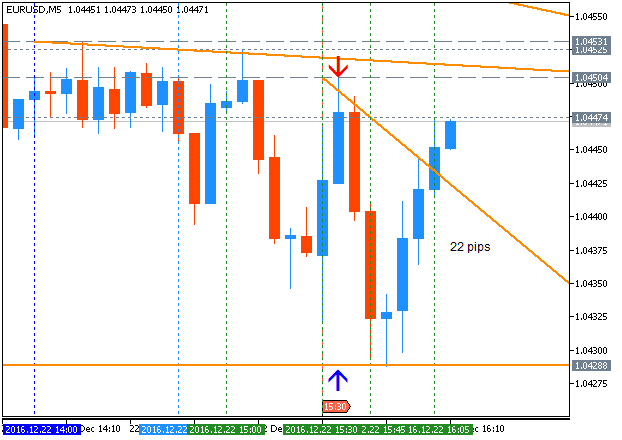 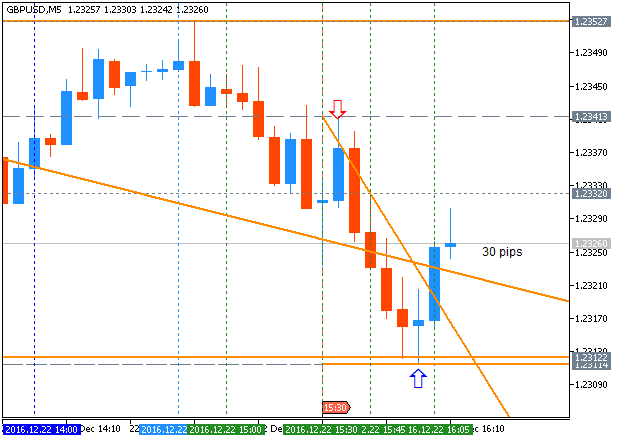 West Texas Intermediate (WTI): What analysts expect from oil prices in 2017 (based on the article)

"Bank of America/Merrill Lynch, for example, sees crude jumping 46% by next June, hitting $69 per barrel. Fueling that outlook is the fact oil and gas investments are down $300 billion, or 41%, since peaking in 2014, which should lead to shrinking supplies. Further, the bank's analysts see the persistently lower prices over the past several years driving healthy demand growth. These two factors could lead to the biggest gap between supply and demand in five years, which could push crude prices higher."

"Goldman Sachs seems to be taking the middle ground. It recently increased its oil price forecast by predicting that WTI crude will rise to $57.50 per barrel by the second quarter, before settling around $55 per barrel in the second half of the year. Analysts at the World Bank, likewise, have a $55 oil price forecast for 2017 due to OPEC's moves to cut output and rebalance the oil market." 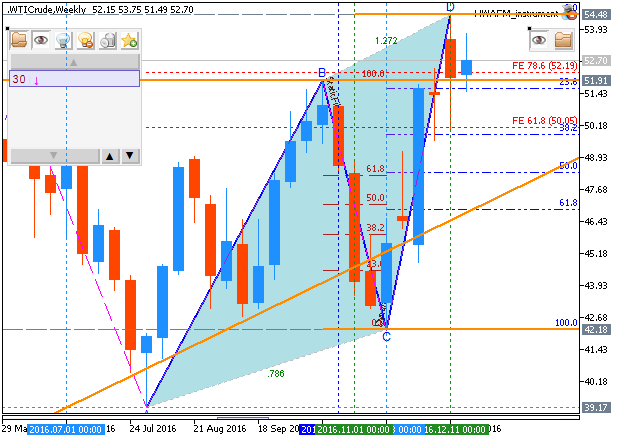 By the way, if we look at the weekly price of WTI so it is located below 200 period SMA in the bearish area of the chart.

Bullish reversal point is located near 200 SMA at 71.00 so if the price breaks this level to above - we may see the long-term bullish trend for whole the 2017 for example.

Credit Suisse forecast for EUR/USD in 2017: core target remains in 1.01 (based on the aricle) 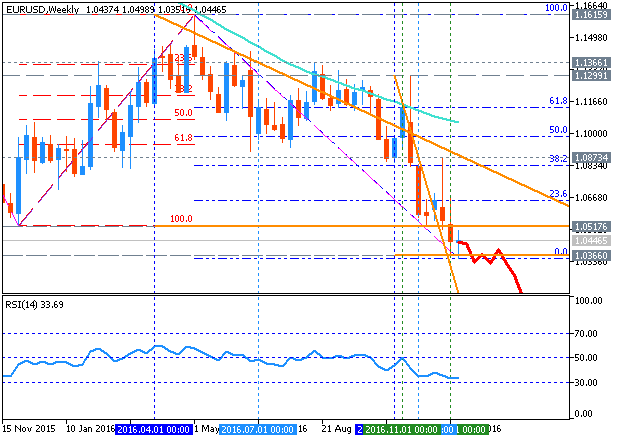 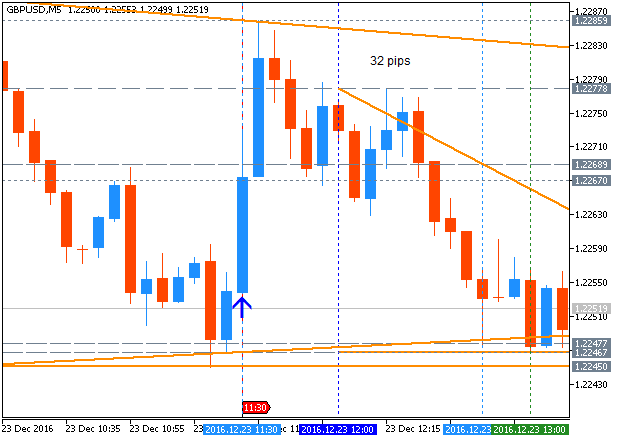 [CAD - GDP] = Change in the inflation-adjusted value of all goods and services produced by the economy. 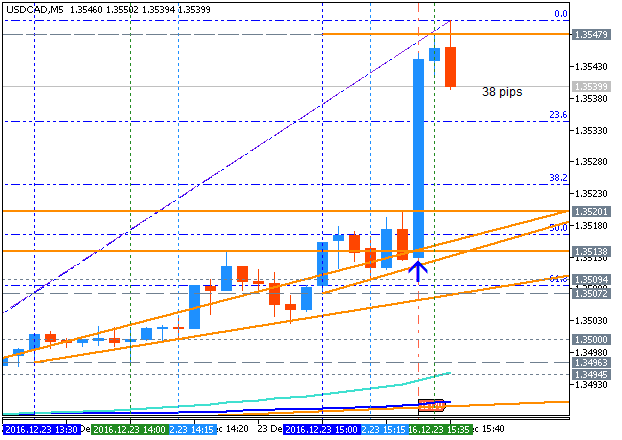 What can we expect in 2017? Interview with FXStreet (based on the article)

What emerging trends or issues should traders prepare for in 2017?

"The easy answer is growing impact from politics: Trump’s first year in office, as well as elections in France and later Germany, will keep us busy. This makes central bankers somewhat less important than they used to be. They will no longer be “the only game in town” but will not disappear in the shadows either. In Europe, some fiscal stimulus could replace austerity on an election year and in line with other countries. Britain could also join in. This could be the year when we talk about “inflation lifting its ugly head” more often than worries about deflation which have dominated beforehand. Inflation could come from China rather than from the US." 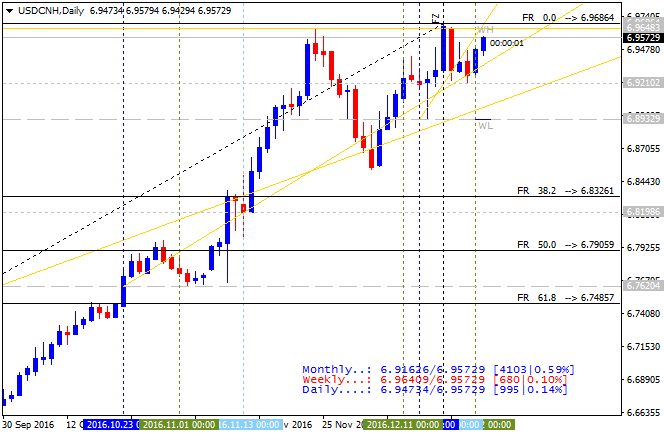 Which will be the best and worst performing currencies in 2017 and why?

"The US dollar could reverse its gains as the dust settles in after Trump’s inauguration. Like with many politicians, promises are meant to be broken and a Republican Congress is where the buck could stop. The pound could extend its falls as Brexit reality bites in, something that has not happened so far. The winners could be the euro, that may fall early in the year but recover on fiscal stimulus and more mainstream election results. Another winner could be the Australian dollar, which could enjoy Chinese efforts to maintain its growth." 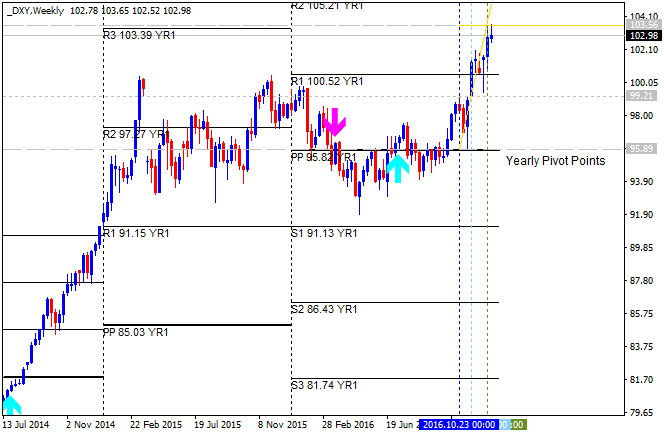 Which under-the-radar currency pair do you expect to make a big move in 2017?

"USD/CAD could make a big move to the upside due to two reasons. The first is oil prices unable to rise and this could weigh on the loonie. Another reason is a lack of US demand due to less stimulus. Both factors could trigger a rate cut. The BOC has already told us that the lower end for rates is -0.50%, a full percentage point under the current level. The Canadian dollar has scope for falls, something that may eventually help the Canadian economy, but not in 2017." 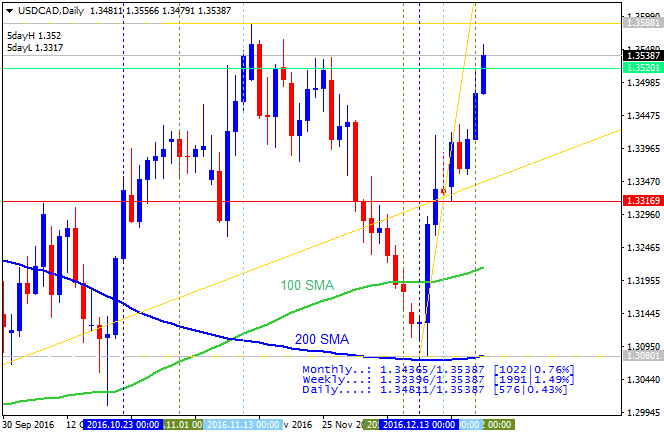 What will you be focused on next year?

"I will be focused on politics and their impact on markets. Central bankers are still important but have somewhat less influence, and they are less exciting than the impact of politics on currencies. This is not limited to the elections but also to policy, which could certainly be on the move." 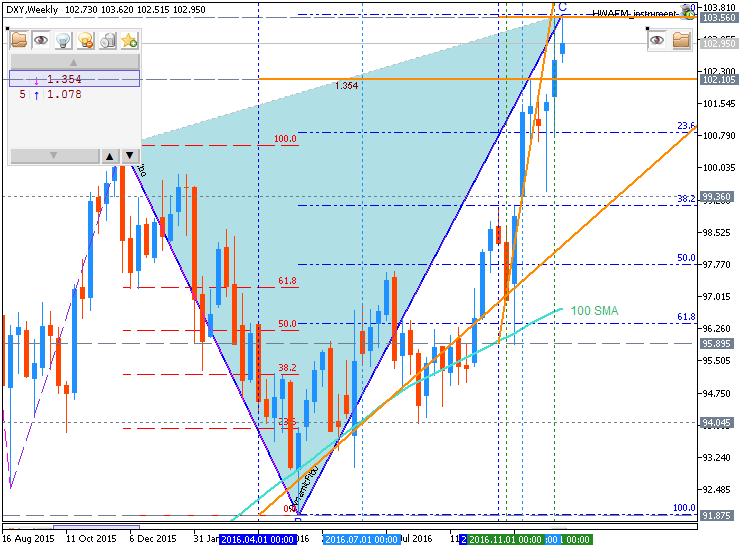