From one of the posts of the forum it turned out that there is no "pure metatrader 5" version of this indicator. Some of the Ehlers explanation (the rest in the original TASC  V32.8 article ) :

Here’s one way to detect a trend early and know how long to stick with it.

Trading the trend is a favorite technique of technical analysts. Trends are usually detected by some variation of following a moving average. The problem with this approach is that the moving averages invariably introduce lag because they require a relatively large amount of historical data to form a reliable indicator. This article introduces the quotient transform, which nonlinearly manipulates indicators to not only produce an early trend detection but also provides the ability to know how long to stick with the trend.

So here it is 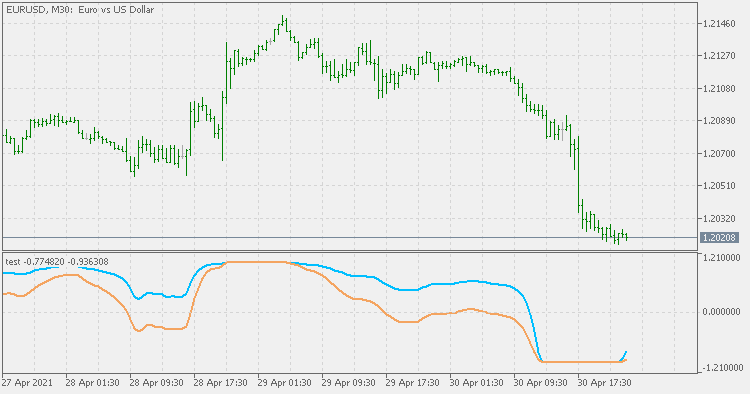 Triple Stochastic Ea. fully customizable. Draws Arrows ONLY Stops are placed above highs and lows your option to place stop at high or lowest price of the last x number of candles. The two larger stochastics must be in same direction then waits for a cross in the same direction on the smaller stochastic. option to place target at any % of SL - 100 would be a 1:1 rr. 200 1:2 ect. here is a trading ea https://www.mql5.com/en/market/product/66540?source=Site+Market+MT5+Search+Rating004%3athree+stochastic