Moderator
127919
The Definitive Guide to Emerging Market Currencies: How to Get Started Making Money Through Trading the World's Most Dynamic FOREX Markets 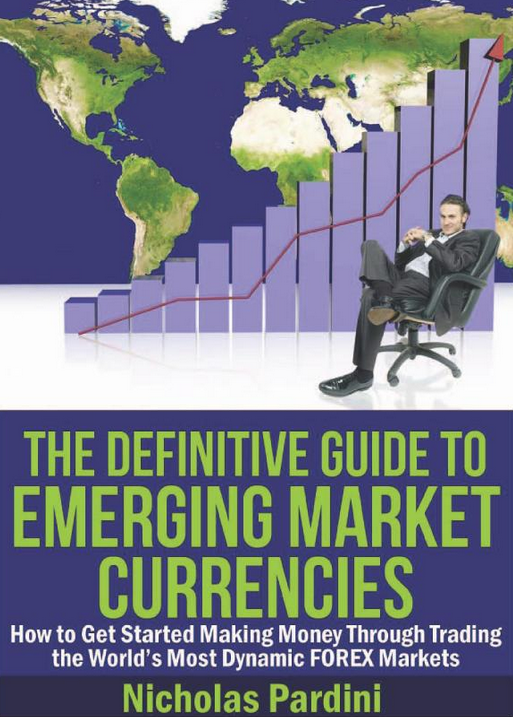 With central banks around the world devaluing major currencies such as the US dollar, Japanese Yen, and the euro, opportunities for higher returns are available through investing in emerging market currencies. Investing in exotic currencies such as the Chinese renminbi or Brazilian real may seem complicated, but with the help of this book we make it more accessible to investors of all sizes. The Definitive Guide to Emerging Market Currencies covers the macroeconomic underpinnings foreign currency markets, the fundamental factors that define the future strengthening of currencies in emerging markets, and how to trade these currencies. The book also goes into detail on the economic fundamentals of every significantly liquid emerging market currency along with an investing outlook for each one. For those looking to make money trading emerging market FOREX, or are just curious about emerging market currencies, this book is the best place to start. Even stock market investors benefit from learning about these FOREX markets because currency fluctuations have a huge impact on investors' total returns in any foreign country.

This is some advice made by Nicholas Pardini in November last year.

Nicholas Pardini is the founder and managing partner of investment firm Nomadic Capital Partners, which specializes in investing in emerging and frontier markets around the globe. His book, “The Definitive Guide to Emerging Market Currencies,” was written in response to his inability to find research on the subject.

Want to buy and hold? Here's one expert's view. 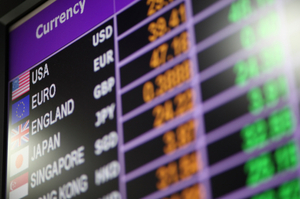 Foreign exchange markets tend to be the domain for short-term technical and momentum based speculators. However, with central banks around the world holding real interest rates negative and printing large quantities of money, investors’ home currencies in developed nations such as the United States, Europe and Japan may not be a safe store of value.

Stretched valuations across bond and equity markets make this an apt time to take profits, but what currencies should investors hold their cash? Here’s my top seven strongest currencies based on long-term economic fundamentals.

South Korea has become a manufacturing powerhouse. The quality of Korean goods such as Samsung Electronics, Hyundai and Posco meets and often exceeds Japanese competitors. In spite of a weak yen, South Korea maintains competitive advantage versus Japan. South Korea’s fiscal health is also strong with a 35% debt to GDP, 3.3% GDP growth, and 3.8% current account surplus.

Malaysia is the only developed nation since its independence in 1957 that has not defaulted or experienced a full year of inflation above 20%. The Malaysian central bank has an excellent track record of keeping inflation low and exports of crude oil, palm oil, minerals, and other natural resources keep foreign reserves well stocked. The tricky part for Western investors is that the ringgit can only be traded via non-deliverable forwards due to capital controls left over from the 1997 Asian financial crisis.

Norway has the most stable currency in Europe. With oil exports, a high standard of living, a 13% current account surplus, and a debt to GDP of just 28%, Norway is in excellent shape to maintain currency strength and hold off the structural problems of the rest of the continent. Because Norway is not part of the EU, it can serve as a financial safe haven for investors if the European debt crisis deteriorates further.

China is transitioning from an export based economy to one that relies on more domestic consumption. Part of this transition will be RMB appreciation as higher domestic purchasing power of imported goods such as food and energy will be needed to increase the wealth of middle income Chinese and get them to spend money on local consumer goods and services. China has stockpiles of foreign reserves and trade surpluses which will also hold up the renminbi as the government has been intervening less to keep the currency down. The renminbi would be rated higher if it was not for strict capital controls.

With increased disclosure in Switzerland, Singapore has become the new global center of hidden money and a favored tax haven. As income inequality increases along with the increased rates and enforcement of taxation, foreign capital inflows will continue to increase in Singapore that puts upward pressure on the currency. Singapore also has an 18%.6 current account surplus and has been the greatest beneficiary of the growth of Asian economies and Asian tourism. As seen in the chart, the Singapore dollar has one of the most stable paths of appreciation against the U.S. dollar of any currency.

The New Zealand dollar is the safest store of value among the bunch. The Reserve Bank of New Zealand is the only developed nation central bank that plans on raising interest rates in the near future and the country has reformed its tax code to lower rates and increase transparency. New Zealand also has stable exports from undervalued agriculture assets.

Forex Made Simple: A Step-By-Step Day Trading Strategy for Making $100 to $200 per Day
by ALPHA BALD 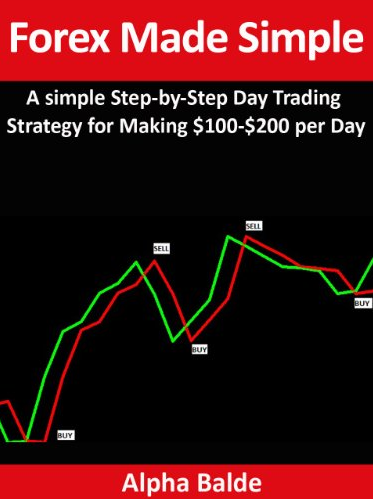 This is a Step-by-Step forex Day Trading Strategy Guide to making $100 to $200 per Day.It is a short (19 pages) practical book that gets straight to the point.

Forget about complicated indicators that only cloud your judgment and that are known to always lag behind price action.

Cybernetic Analysis for Stocks and Futures: Cutting-Edge DSP Technology to Improve Your Trading 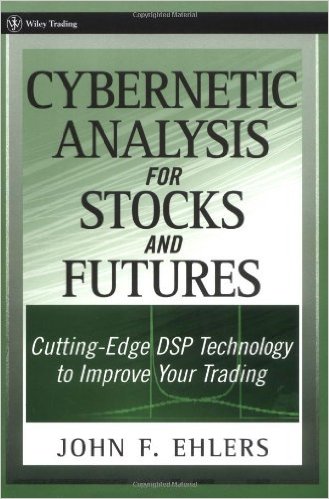 John Ehlers’s contributions to the art and science of trading have been nothing short of extraordinary. From his pioneering work applying maximum entropy spectral analysis (MESA) software to trading markets, to his definitive tour de force Rocket Science for Traders, Ehlers’s innovative and market-proven approach to cycle analysis and market forecasting has earned him a reputation that is unmatched among technicians and technical traders worldwide.

In Cybernetic Analysis for Stocks and Futures, Ehlers takes the next step, developing and demonstrating profoundly effective new trading tools through the application of modern digital signal processing techniques. Obtaining accurate cycle measurements within five samples with virtually zero lag, these tools have proven in real-time use to consistently provide traders with razor-sharp buy and sell signals in virtually any market–meeting or exceeding the performance of commercial systems which cost hundreds or even thousands of dollars.

To increase the book’s functionality and ease of use, each new technique, indicator, and automatic trading system is defined in both EasyLanguage code (for use in TradeStation™) and eSignal Formula Script (EFS) code. DLLs to work with NeuroShell Trader are also available. Modernizing popular trading procedures to take advantage of the incredible computing speed and power available to today’s trader, Ehlers introduces:

Advances made in computer technology in the past two decades have clearly outpaced advances in trading software and practice. Cybernetic Analysis for Stocks and Futures seeks to restore the balance between computational power and user proficiency. Combining new indicators with tested systems for forecasting stock and futures markets with surgical precision, it will drive your systems to new levels of predictive accuracy, trading effectiveness, and overall profitability.

Trend Following: How to Make a Fortune in Bull, Bear, and Black Swan Markets, 5th Edition 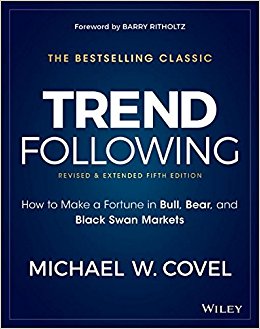 Want to take the financial journey to a new investing philosophy that might very well affect the rest of your moneymaking life? No one can guarantee the yellow brick road, but Michael Covel promises the red pill will leave you wide freaking awake.

Trend Following reveals the truth about a trading strategy that makes money in up, down and surprise markets. By applying straightforward and repeatable rules, anyone can learn to make money in the markets whether bull, bear, or black swan—by following the trend to the end when it bends. In this timely reboot of his bestselling classic, Michael Covel dives headfirst into trend following strategy to examine the risks, benefits, people, and systems. You’ll hear from traders who have made millions by following trends, and learn from their successes and mistakes—insights only here. You’ll learn the trend philosophy, and how it has performed in booms, bubbles, panics and crashes. Using incontrovertible data and overwhelming supporting evidence, with a direct connection to the foundations of behavioral finance, Covel takes you inside the core principles of trend following and shows everyone, from brand new trader to professional, how alpha gets pulled from the market.

Covel’s newest edition has been revised and extended, with 7 brand new interviews and research proof from his one of kind network.  This is trend following for today’s generation. If you’re looking to go beyond passive index funds and trusting the Fed, this cutting edge classic holds the keys to a weatherproof portfolio.

Trend following is not prediction, passive index investing, buy and hope or any form of fundamental analysis. It utilizes concrete rules, or heuristics, to profit from a behavioral perspective. Trend Following is clear-cut, straightforward and evidence-based and will secure your financial future in bull, bear and black swan markets. If you’re finally ready to profit in the markets, Trend Following is the definitive treatise for a complex world in constant chaos.

Hi, has anyone downloaded a pdf version of these 2 ebooks?

I found free online version but I want to have a pdf version. So I can read it offline.

I'm planning to read this... Is this a good one? 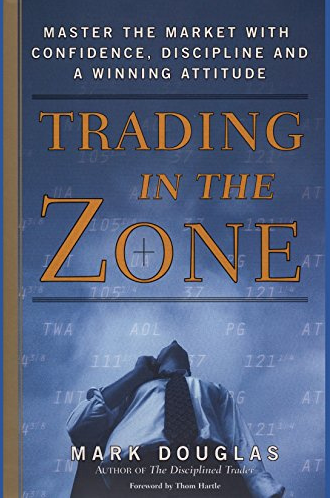 How about this. Is it good? 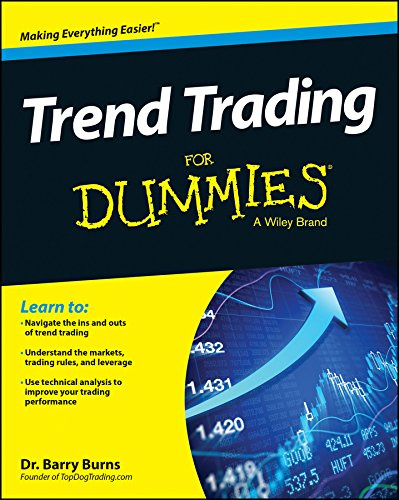 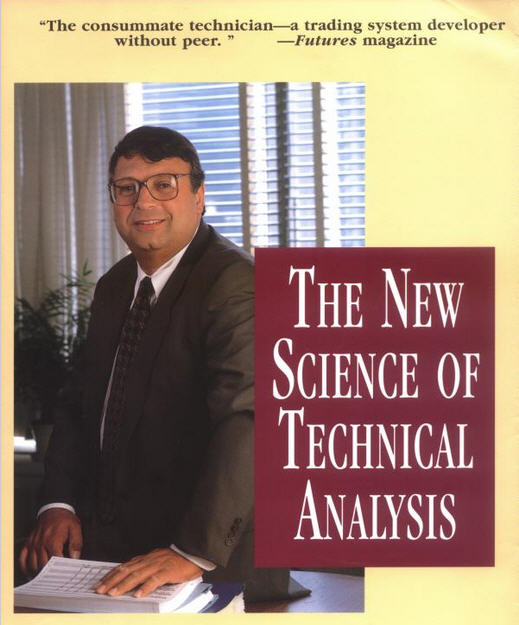 From the Foreword by John J. Murphy "DeMark's work as a consultant has been restricted to large institutions and many of the legendary traders in the world today. By sharing his creative ideas with us, as well as his passion for precision and improvement, Tom DeMark's emphasis on the 'new science' of technical analysis helps push the technical frontier another step forward. With the unprecedented attention now being paid to technical analysis, this new book couldn't have come at a better time."
-John J. Murphy, bestselling author of Technical Analysis of the Futures Markets and Intermarket Technical Analysis, and technical analyst for CNBC

"Those who know him and his work call him the consummate technician--a trading system developer without peer."
- Futures magazine

"DeMark is the ultimate indicator and systems guy. No one touches him. I know the Holy Grail of trading systems doesn't exist because if it did, Tom would have found it by now."
- James Bianco Director of Arbor Trading

"Tom DeMark is a genuine leader who has been behind-the-scenes until now. Publishing DeMark is a coup."
- Ralph Vince author of The Mathematics of Money Management 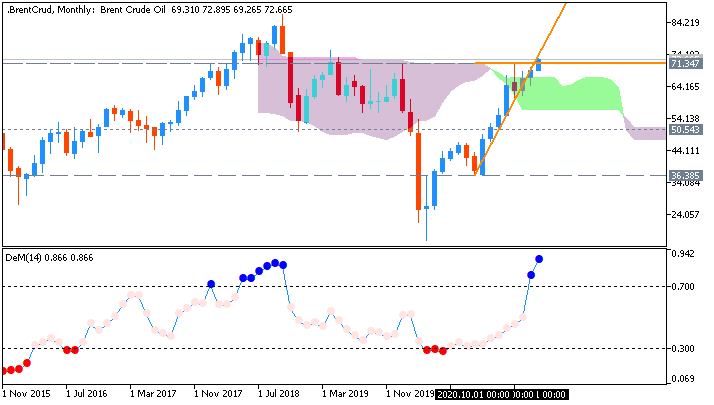 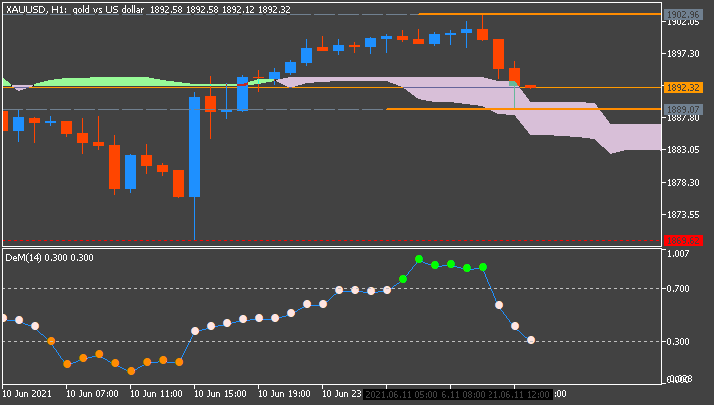 The iDeMarker (DeMarker) indicator has an additional buffer - displaying the indicator values as dots. Also, the indicator has two levels moved to the input parameters (which means that it became possible to control the levels from the EA).
Average True Range - Technical analysis tools in Web version features

Technical Analysis from A to Z
by Steven Achelis 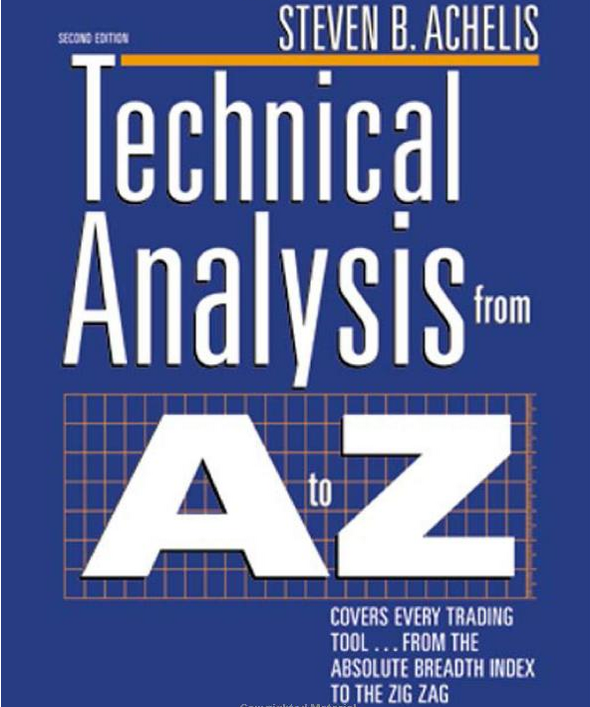 Millions of traders participating in today’s financial markets have shot interest and involvement in technical analysis to an all-time high. This updated edition of Technical Analysis from A to Z combines a detailed explanation of what technical analysis is and how it works with overviews, interpretations, calculations, and examples of over 135 technical indicators—and how they perform under actual market conditions. Enhanced with more details to make it easier to use and understand, this book reflects the latest research findings and advances. A complete summary of major indicators that can be used in any market, it covers:

• Every trading tool from the Absolute Breadth Index to the Zig Zag
• Indicators include Arms Index, Dow Theory, and Elliott Wave Theory
• Over 35 new indicators 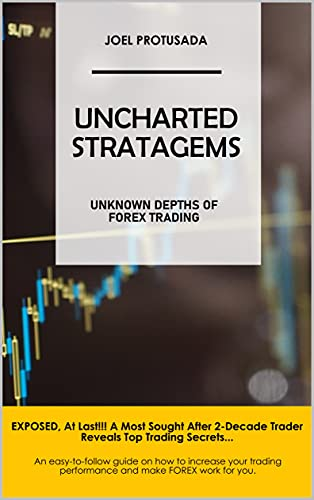 Found it in Amazon US :)