Forex Weekly Outlook Nov 30-Dec 4 (based on the article)

The US dollar managed to gain some ground in the Thanksgiving week. A very busy week awaits us in the first week of the last month: 3 rate decisions with the ECB gaining a lot of traction, a full buildup to the US Non-Farm Payrolls as well as a testimony from Fed Chair Janet Yellen. Here is an outlook for these key events and more.

The U.S. economy released some positive figures such as a better growth rate, showing an annual GDP gain of 2.1% in the third quarter. Furthermore, US Jobless claims fell 12,000 last week to 260,000, beating forecast for a 273,000 reading. Not all data has been great, but it seems good enough for the Fed to proceed with a rate hike on December 16. In the euro-zone, we heard some ideas for the ECB decision, that weighed on the euro. The stabilizing of oil prices only partially helped the loonie and the Aussie only partially enjoyed the lack of appetite for a rate hike.

EUR/USD dipped to new lows but also showed hesitation, closing another week in the red. The ECB decision in which new measures are expected, is undoubtedly the big event of the week. Here is an outlook for the highlights of this week and an updated technical analysis for EUR/USD.

The ECB is warming its engines for the big decision, with a report about a two tier deposit rate as a possibility. Speculation is mounting about the decision, and so is the question: is ECB action already priced in. Data is looking better in Germany, with upbeat PMIs and a surprising rise in business confidence.

Morgan Stanley estimated for EUR to be in more bearish condition because of some expectation related to some main high impatected news events which will be happened in this week: 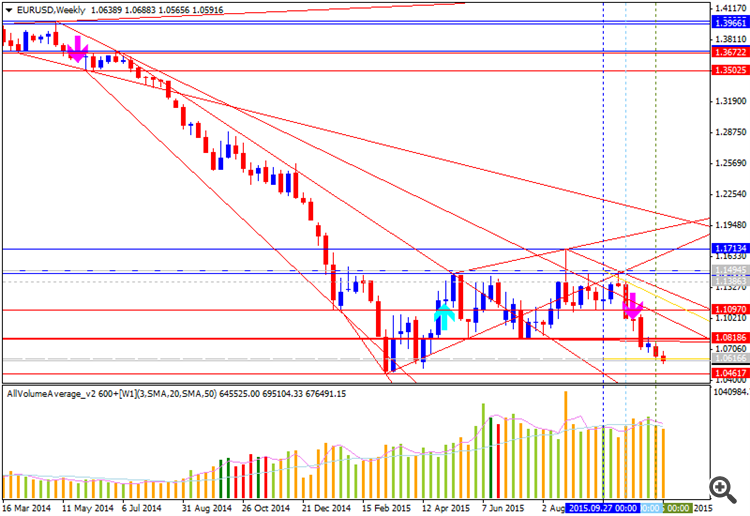 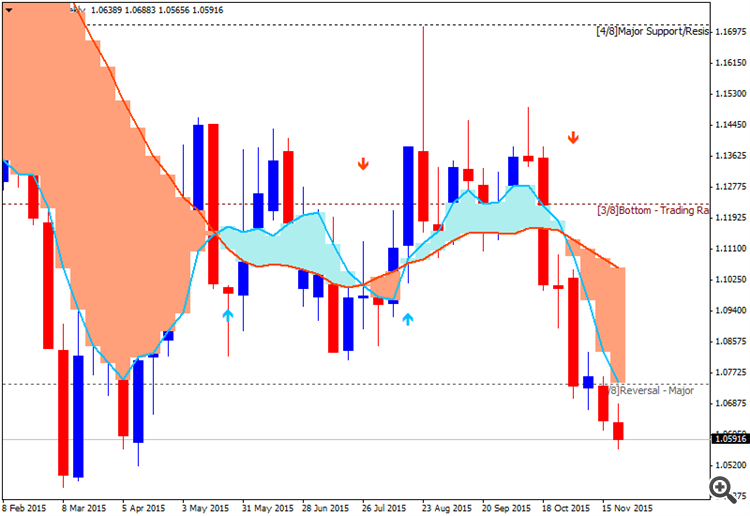 For example, the EUR/USD price will be in 'more bearish' market condition with the around 1.04 level as the real target for this week.

Morgan Stanley is expected for above mentioned news events to be a key driver for the currency with further rate cuts from the ECB and increase in QE. Anyway, it will make EUR to be a more attractive for traders for this week for example.

Waiting For The ECB Bazooka - Credit Agricole (based on the article)

The European Central Bank (ECB) interest rate decision may fuel a further decline in EUR/USD amid speculation for additional monetary support but, heavy expectations for a meaningful announcement may ultimately trigger a short-squeeze in the exchange rate should the central bank disappoint. 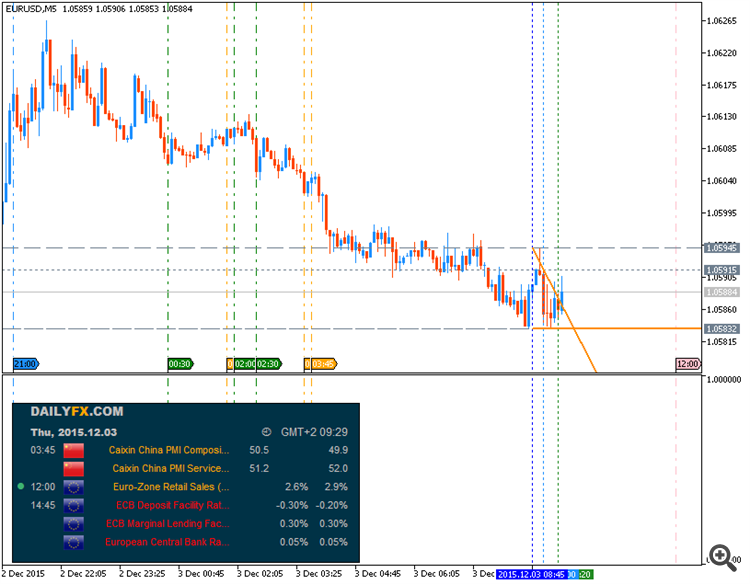 Beyond bets for a meaningful adjust to the ECB’s quantitative easing (QE) program, market participants are looking for a further reduction in the central bank’s deposit-rate as the Governing Council struggles to achieve its one and only mandate for price stability. Efforts to further insulate the monetary union may push EUR/USD to give back the advance from the March low (1.0461) amid the deviating paths for monetary policy. 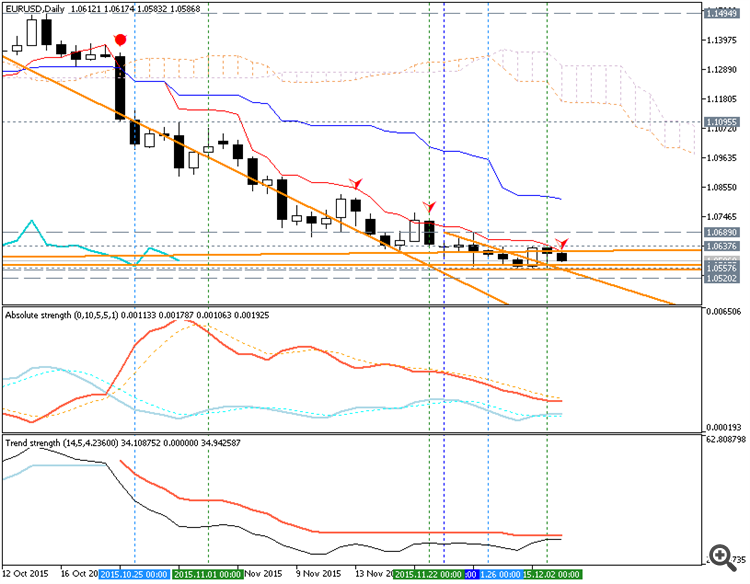 Even though the European Central Bank (ECB) stuck to its current policy in October, the Governing Council showed a greater willingness to further embark on its easing cycle as the central bank opened the door for a further reduction in deposit-rate. As the ECB pledges to re-examine its non-standard measures, the central bank may continue to push monetary policy into uncharted territory in an efforts to further insulate the monetary union . The Euro sold off as the ECB removed the floor on interest rates, with EUR/USD breaking below the 1.1200 handle following the interest rate decision to close the day at 1.1107.
Learn how to design Market Condition Evaluation based EURUSD Technical Analysis 2015,

[EUR - Minimum Bid Rate]= Interest rate on the main refinancing operations that provide the bulk of liquidity to the banking system.
Short term interest rates are the paramount factor in currency valuation - traders look at most other indicators merely to predict how rates will change in the future.

At today’s meeting the Governing Council of the ECB decided that the interest rate on the deposit facility will be decreased by 10 basis points to -0.30%, with effect from 9 December 2015. 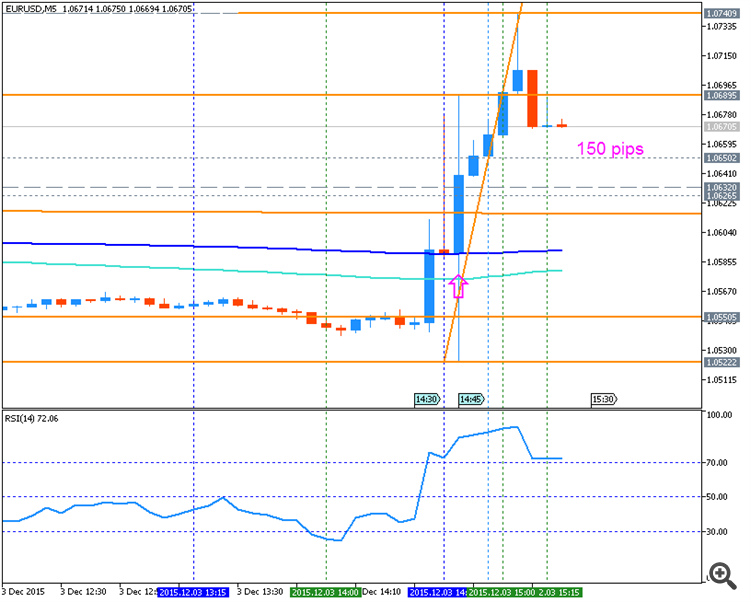 As we are going to have USD - Non-Farm Employment Change news event today so The Royal Bank of Scotland made fundamental forecast related to this news event with the connection with the most attractive pairs to trade in any situation concerning the actual data for NFP for example. And just to remind: if actual data for NFP > forecast (200K for now) so it will be good for currency (US dollar will become more stronger).

The are 3 main scenarios for NFP:

1. Actual data is 225k and above (with 200K forecasting ones): The most attractive pair to trade in this case is AUD/USD: the strong case with Australian dollar will be finsihed and we can consider for this pair to be in more bearish market condition.
Sell AUD/USD. 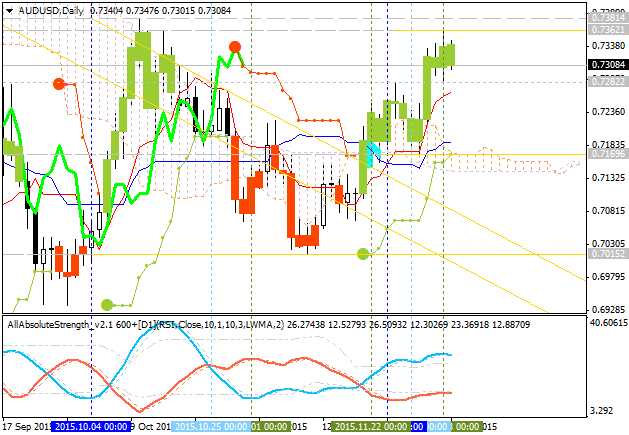 2. Actual data is 150-225k. This data is something to be around 200K forecasting so we should consider the ranging market condition for most of the pairs. The only pair may be attractive to trade is GBP/USD which will be stapped with secondary ranging in intra-day for good breakdown possibilities.
Sell GBP/USD. 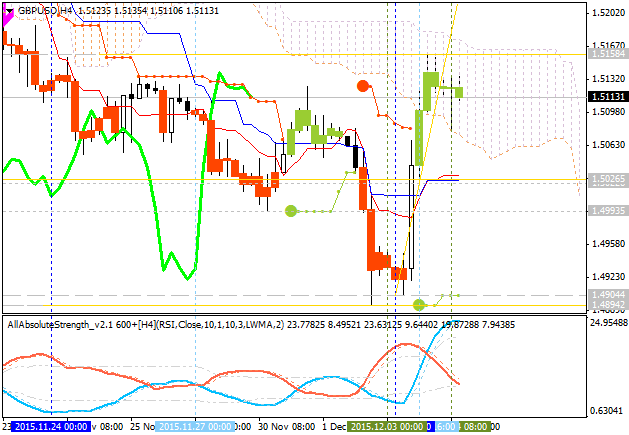 3. 150k and below. As we know - the long-term projections for EUR/USd is the bearish market condition. But this is the opposite short- term situation when actual data for NFP is less than forecasting 200K: EUR/USd price will be going to be more bullish in intraday basis.
Short-term: Buy EUR/USD.
Long-term: Sell EUR/USD.

[USD - Non-Farm Employment Change]= Change in the number of employed people during the previous month, excluding the farming industry.
Job creation is an important leading indicator of consumer spending, which accounts for a majority of overall economic activity. 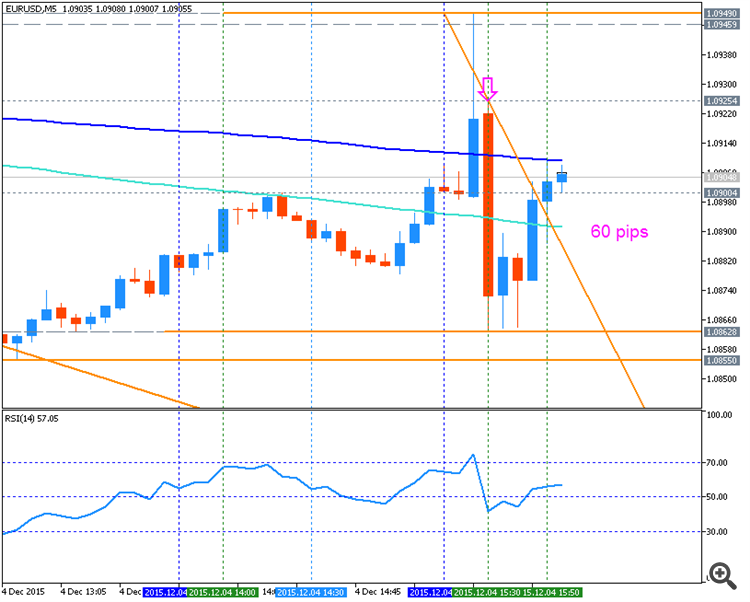 The euro surged on Draghi’s disappointment and it also had some collateral damage for the dollar against other currencies. What’s next? The highlights of the week before the rate decision are: rate decisions in Switzerland, New Zealand and the UK, employment data in Australia, retail sales Producer Prices and Consumer sentiment from the US. These are the main events on forex calendar. Join usas we explore the highlights of this week.

The Draghi Decision was dramatic as always, but not in the expected direction: the ECB made the minimal rate cut, the minimal QE extension and no increase in monthly buys. Despite the option to do more and and reinvesting proceeds, the ECB just failed on its own expectations, sending EUR/USD over 400 pips higher. In the US, the job market posted a solid gain in November adding 211,000 jobs, beating market forecast. This positive reading was preceded by a 298,000 job addition in October, paving the way for a rate hike this month. This release comes a day after Fed Chair Janet Yellen stated that the conditions for a first rate hike have been met.

Societe Generale made a forecast for EUR/USD compare with GBP/USD telling that both the pairs will be on bearish condition for Q1'16. And GBP/USD will be in more bearish related to EUR/USD. Let's review this forecast with technical point of view. 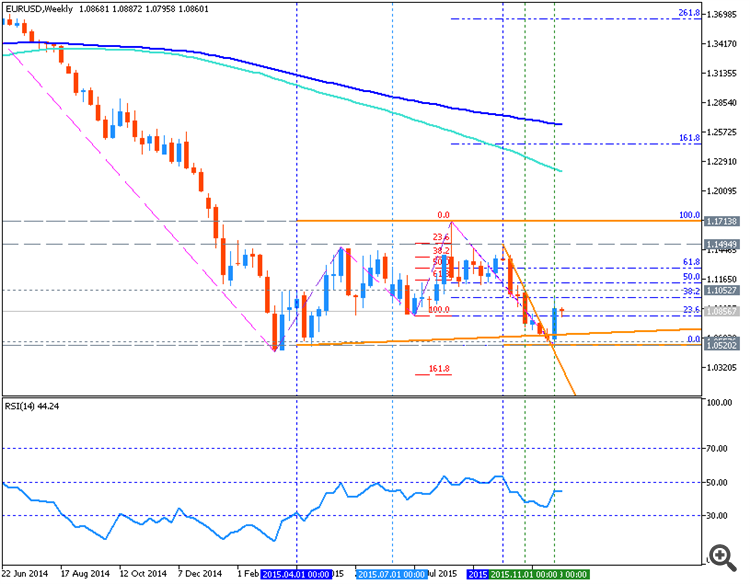 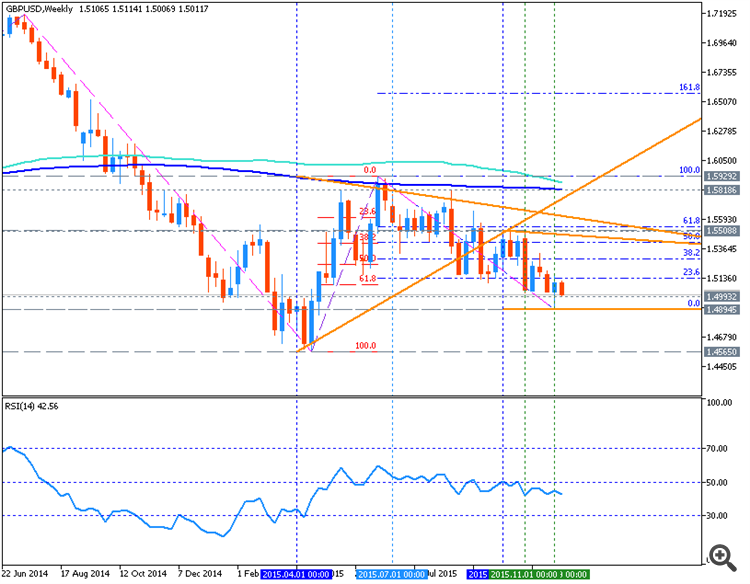 As we see from the charts above - both pairs are located below 100 period SMA and 200 period SMA in the primary bearish area of the chart ranging within key support/resistance levels:

The price for GBP/USD is having more signs to be bearish in Q1/16 than EUR/USD, and that is why Societe Generale is expecting more bearish for GBP/USD compare with EUR/USD for example.