On Thursday scheduled the release of important data on the state of the Australian economy. At 00:00 (GMT) will be published expectations for consumer price inflation in November, reflecting consumers' expectations for future inflation in Australia for the next year (October figure was 3.5%). And at 00:30 published data on levels of employment and unemployment (forecast 6.2% vs. 6.2% in September) in Australia in October, and the proportion of working-age population in the total population (64.9% versus forecast of 64.9% in September). Anticipated growth in employment for 15 000 in October against a decline of 5,100 in September. If the forecast is confirmed, the AUD / USD pair may strengthen. However, any increase in the pair is seen as a correction to the global downward trend that began in July 2011 and the second wave of July 2014 year. Total in 2011, the pair has lost almost 38%, down from 1.1000 highs to the current level near the 0.6900 mark. However, according to RBA, the national currency should be cheaper because of orientation of the country's economy on exports, primarily raw materials for the Chinese market.

A week earlier, during his speech in Melbourne, Glenn Stevens signaled a tendency toward further easing of monetary policy, saying that "if in the near future need to change its monetary policy, it will almost certainly be its mitigation, rather than tightening ". Released last week, inflation data from Australia TD Securities, showed zero growth in October and an increase of 1.8% for the year (forecast 1.9%). The price index for raw materials from the RBA in October decreased by 19.8% for the year. In the 3rd quarter, inflation in Australia rose 0.3% in the previous period with the forecast of 0.5%.

Given the slowdown in the Chinese economy as the most important trade and economic partner of Australia, almost zero inflation in the country, the decline in world prices for raw materials, including iron ore exporter by Australia, the economic slowdown and the reduction of investment in the economy, the RBA is very close to the decision to reduce interest rates in Australia. The next meeting of the RBA on the issue will be held December 1.

And, as has repeatedly said the head of the RBA Glenn Stevens, the country needs a soft monetary policy. 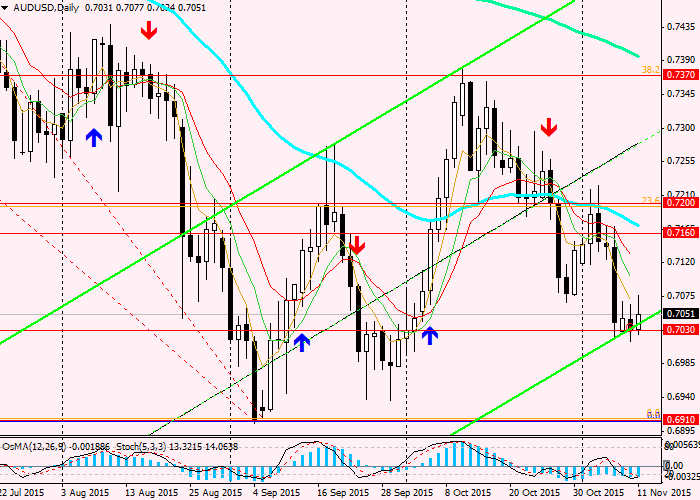 See also review and trading recommendations for the pair GBP/USD!

Understanding the Turning Point and Trend

How to build an investment portfolio?