H4 price is located within SMA with period 100 (100 SMA) and SMA with the period 200 (above 200 SMA and below 100 SMA for the ranging bullish market condition) waiting for the direction for the possible breakout or breakdown. 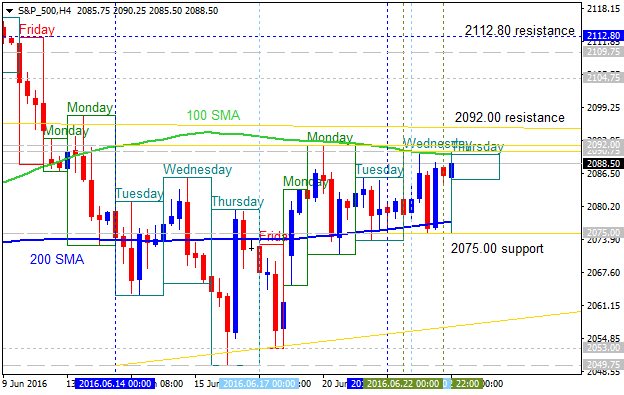 H4 price is breaking Ichimoku cloud to above on open bar. The price is testing 106.01 resistance level with ascending triangle pattern to be borken to above for the bullish breakout to be continuing. 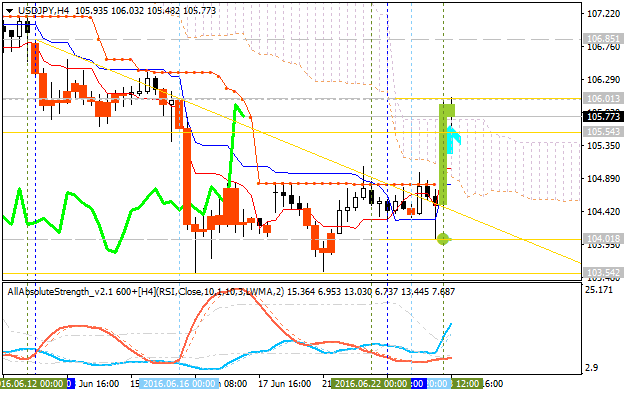 U.K. Voters Back 'Brexit,' Will Leave European Union (based on the article) 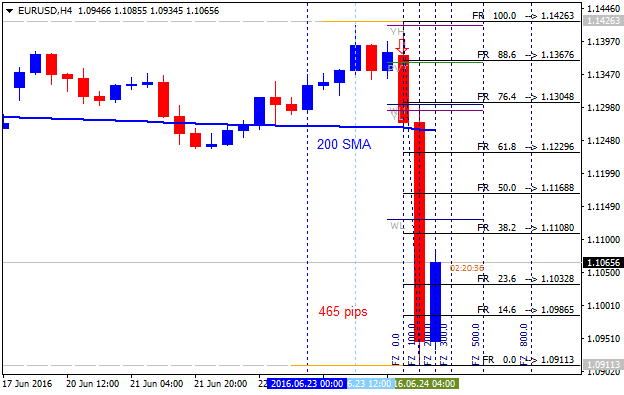 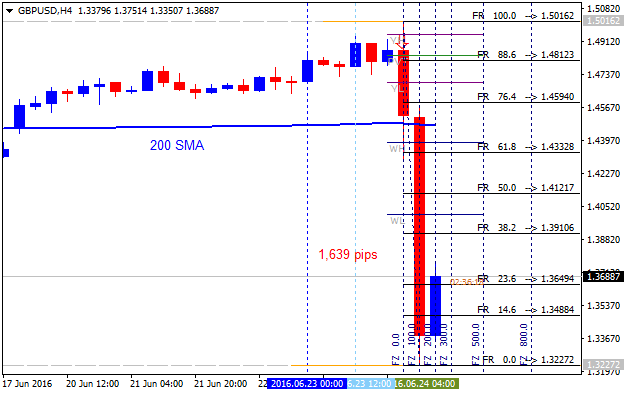 The Brexit Result Will Have China Worried (adapted from the article)

USD/CNH H4: bullish breakout. The intra-day price is on breakout with the bullish reversal: price broke Ichimoku cloud to above for the primary bullish market condition with 6.6514 resistance level to be crossed for the bullish trend to be continuing.
By the way, the daily price is on bullish breakout to be started today on open D1 bar, and the weekly price is on primary bullish market condition with 6.6152 resistance to be crossed to above for the close weekly bar for 6.7681 possible target. 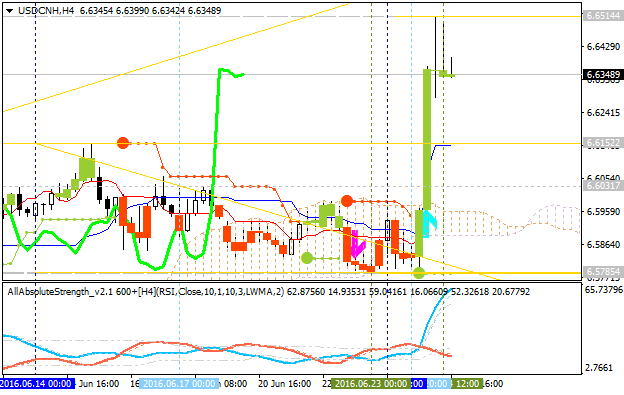 Hang Seng Index H4: bearish breakdown with the ranging to be started. The price broke ichimoku cloud to below for the primary bearish market condition. Price is testing 19,749 support level with 19,566 bearish target and with descending triangle pattern to be formed by the price for the bearish trend to be continuing. 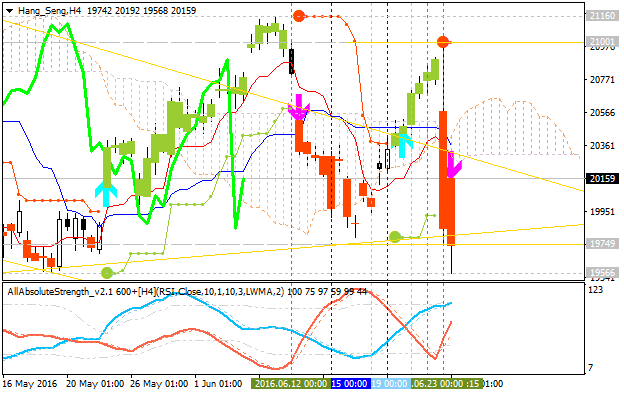 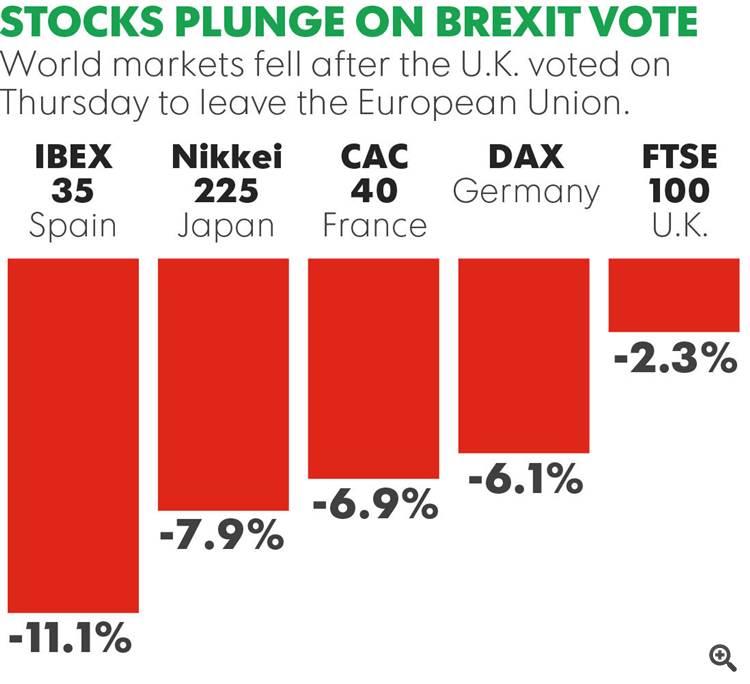 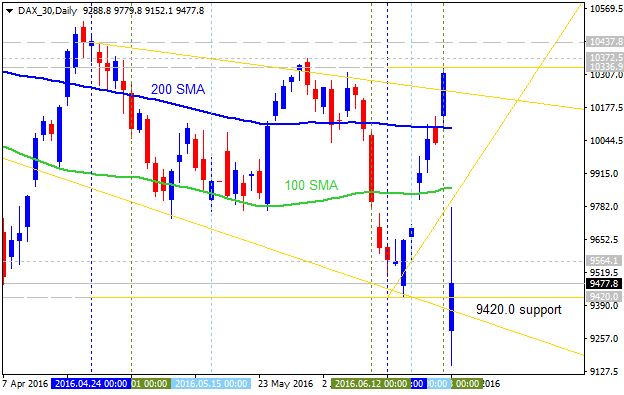 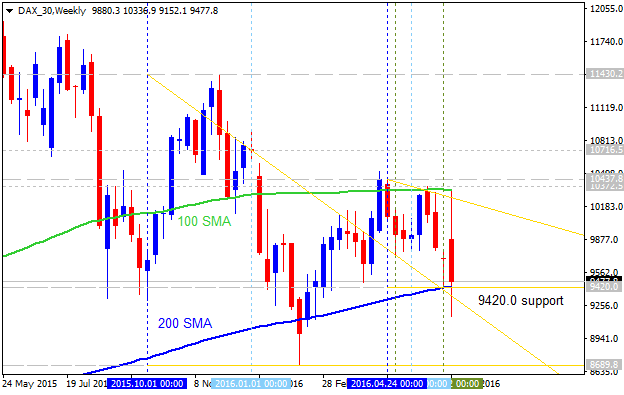 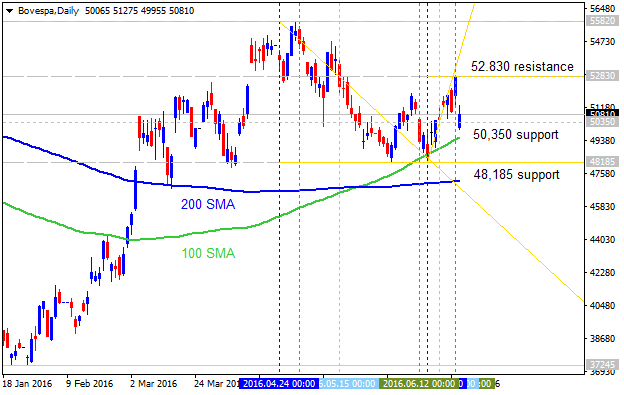 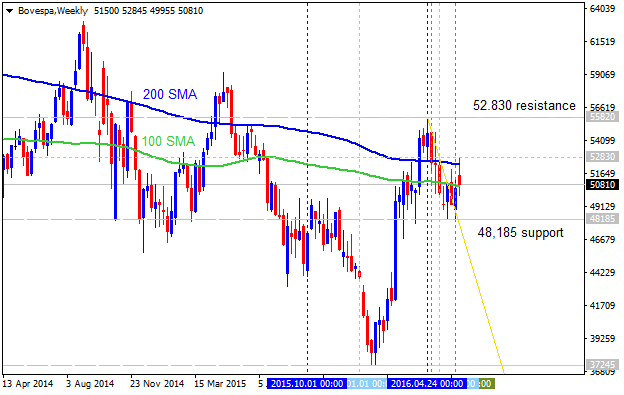 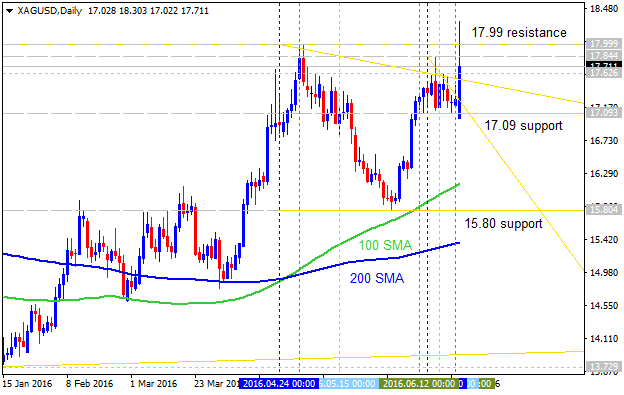 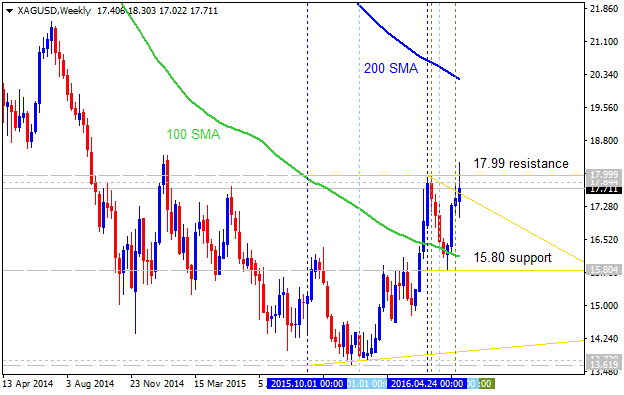 Daily price is on bearish breakdown related to Brexit result by the breaking key support levels to below: 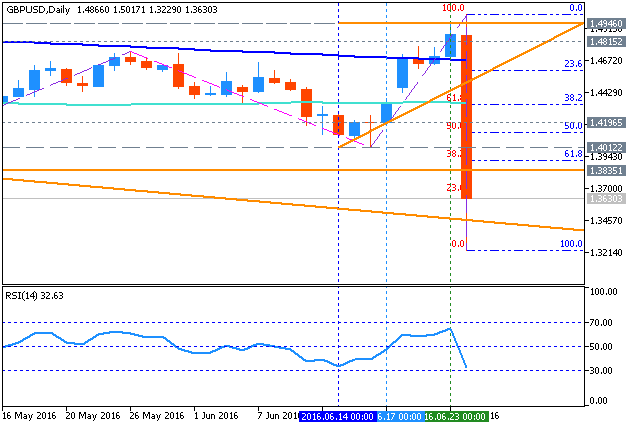 Forecast for Q2'16 - levels for US Dollar Index

Dollar Index D1: breakout with 96.40 reversal level to be tested for the daily bullish reversal. Daily price is located near and below 200 SMA for the bearish market condition: 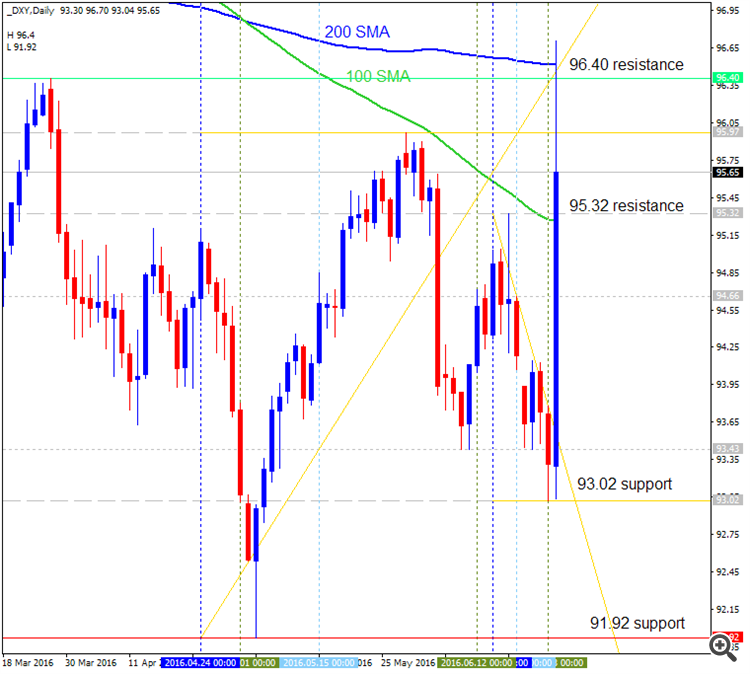 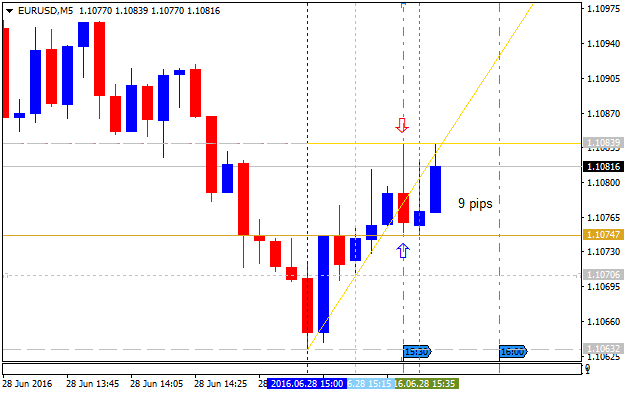 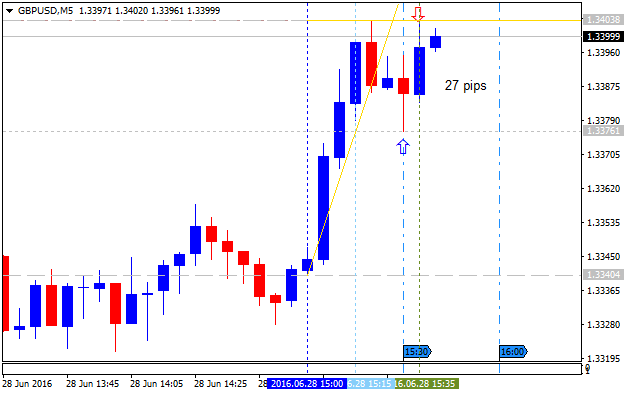 [GBP - BoE Gov Carney Speaks] = The speech at the Bank of England, in London.

Uncertainty, the economy and policy - speech by Mark Carney : 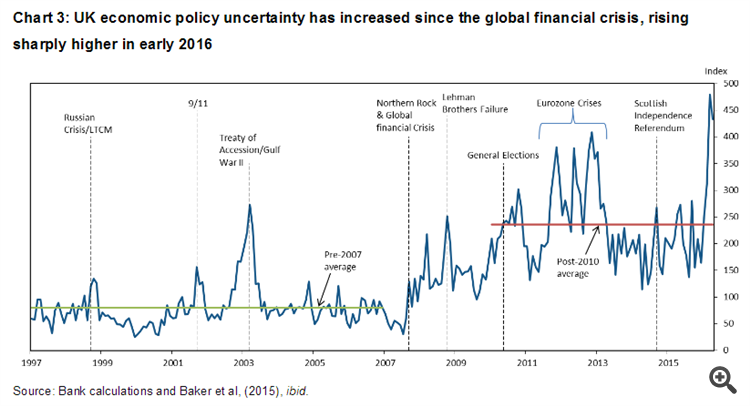 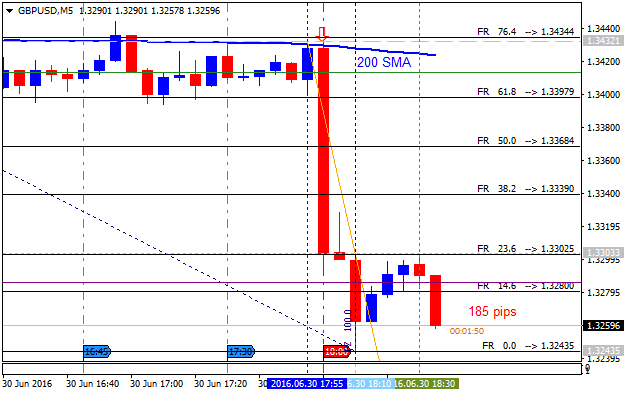 H4 price is on bearish market condition located below 100 SMA/200 SMA reversal area. The price is on ranging within narrow s/r levels: 1.3495 resistance and 1.3120 support. If the price breaks 1.3120 level to below so the intra-day bearish trend will be continuing, if the price breaks 1.3495 resistance to above so the local uptrend as the bear market rally will be started, otherwise - the price will be on bearish ranging within the levels. 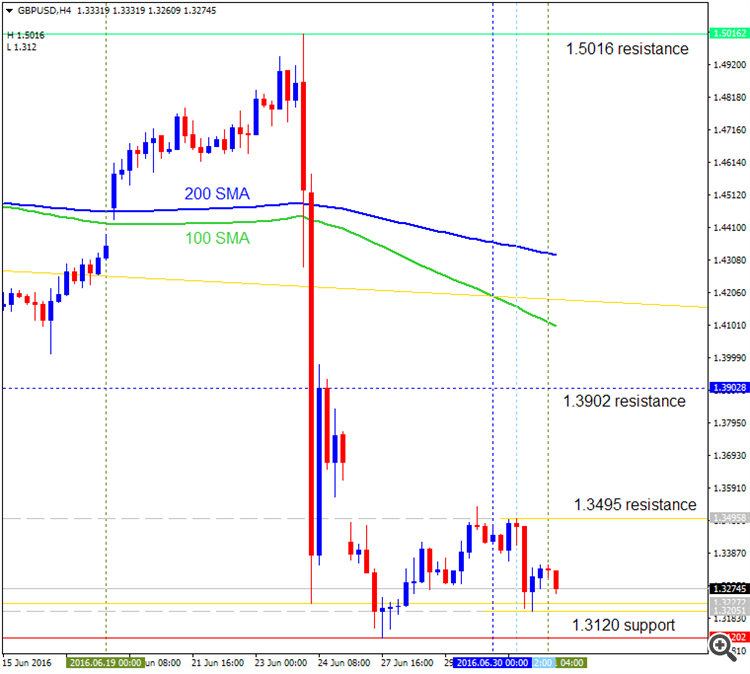 Daily price broke 200 SMA to below on Friday to be reversed to the primary bearish condition. The price is testing 1.3120 support level for the bearish trend to be continuing. 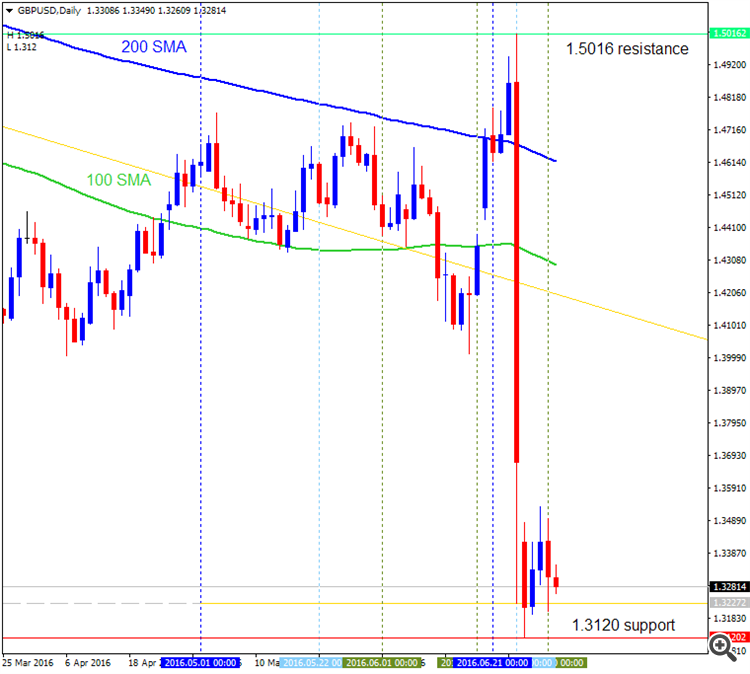