Something Interesting in Financial Video November 2015

Moderator
117012
Sergey Golubev 2015.11.01 04:56
Trading and training video (from youtube for example) about forex and financial market in general.

Please upload forex video you consider as interesting one. No direct advertising and no offtopic please.

The comments without video will be deleted.

Something Interesting in Financial Video January 2014

This is the 1st video in a series on economic reports created for all markets, or for those who simply have an interest in economics. In this and the next lesson, we cover the Employment Situation Report, also known as Non Farm Payroll.

Non-farm Payrolls is the assessment of the total number of employees recorded in payrolls. 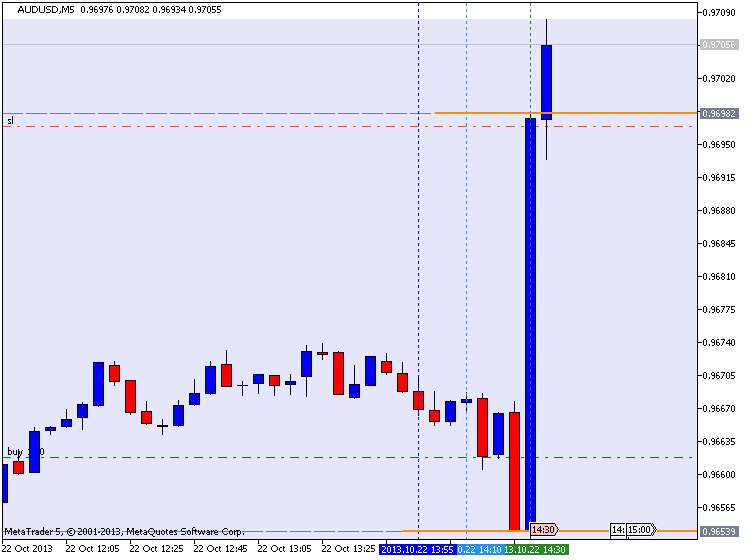 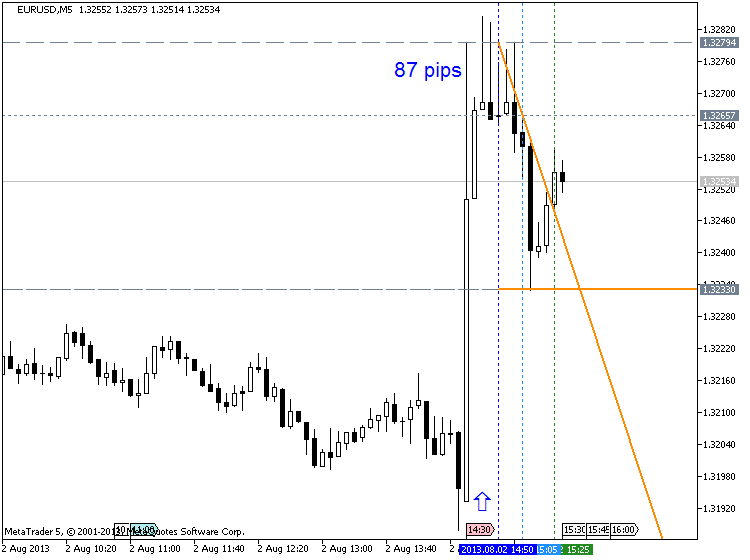 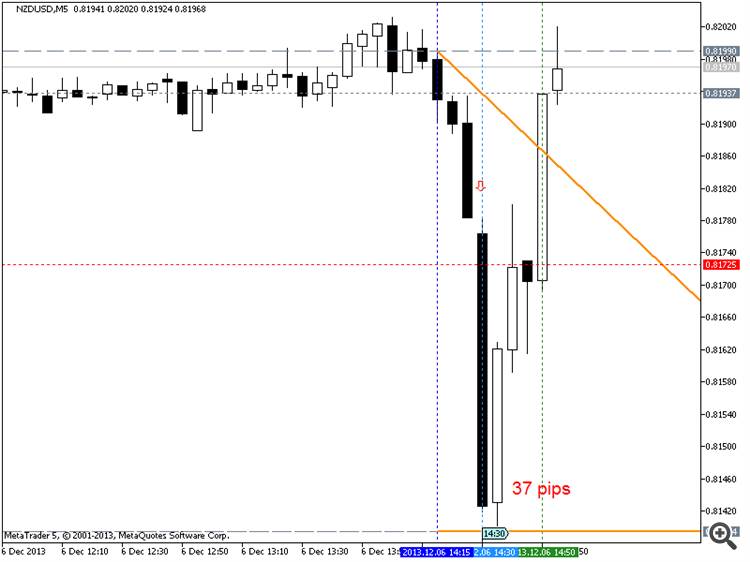 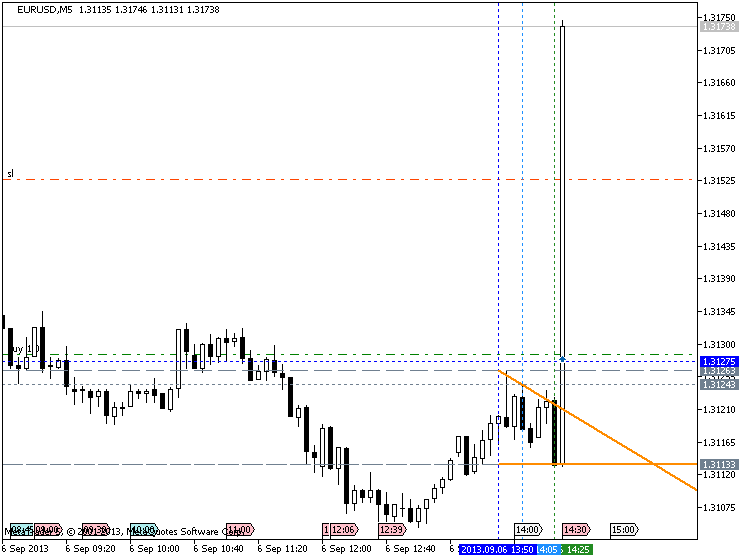 Something Interesting in Financial Video January 2014

This is the second part of video lesson about nfp. The first part of the lesson is on this post :

Something Interesting in Financial Video September 2013 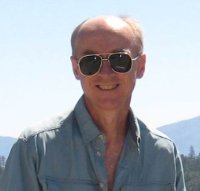 Here is a summary of some of the key points:

1. Brooks is a price action trader with 27+ years of experience.
2. He is an active day trader, trading off the 5 minute chart. He trades the entire day.
3. He has a purely technical approach, relying totally on price action with just a few moving averages.
4. His approach is entirely rules-based; he not use any discretion and does not consider relying on intuition.
5. He states his setups have worked for decades and continue to work.

Brooks has authored a number of books on trading. Interested traders may find it worthwhile to check out his page on Amazon.

Something Interesting in Financial Video September 2013

The basic elements of the strategy are as follows:

1. Identify a market that is in a bear trend on the 5 minute chart
2. Wait for a retracement in which the low of latest candle is above the 20 EMA
3. Go short, targeting the low of the day.

To be clear, Brooks' approach to price action trading is much more thorough; this strategy is just one tool in his arsenal.

Have you heard any recent "buzz" about something called Harmonic Trading or Elemental Trading? Until recently not many people in the investment and trading world were familiar with these techniques. Fortunately, you don't need to be a mathematician or engineer in order to get results in your trading from employing these highly probably chart patterns as part of your overall technical analysis.
Part of the knowledge now known as harmonic trading began with H.M. Gartley who published a book in 1935 called Profits in the Stock Market. This video illustrates what the original Gartley pattern is and how this pattern as well as the more recent discoveries can be easily employed in your trading business in Forex, stocks, commodities, and futures. 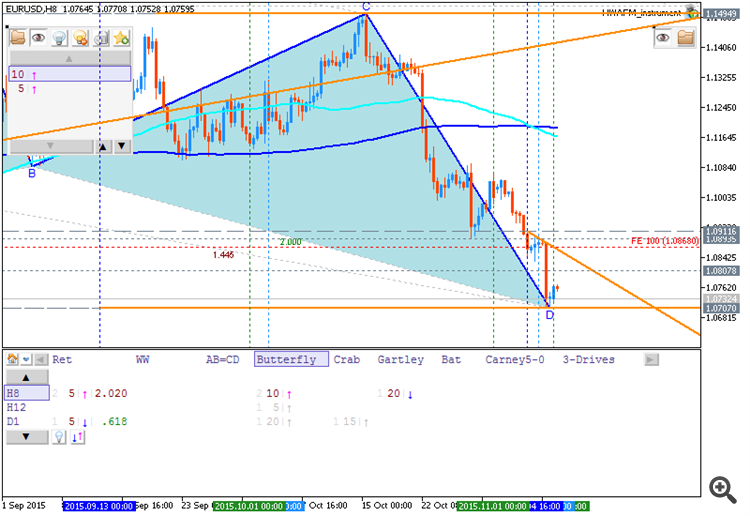 When a pattern forms with specific high and low proportions that are measured with fiboncacci ratios it has been discovered that these patterns will be followed by a "potential reversal zone" which creates a highly probably trading opportunity. Besides the original Gartley pattern including the bullish Gartley and bearish Gartley, there are patterns discovered more recently by Scott Carney in 2000 and 2001. Carney is credited with discovering and researching these patterns including the bullish bat, bearish bat, bullish crab, bearish crab, Traders who are familiar with Elliott Wave will also see how these patterns correspond to Elliott Wave patterns but are a specific type of pattern that is known to be highly probably for producing a turning point and a trade entry that is likely to work out as a profitable trade. 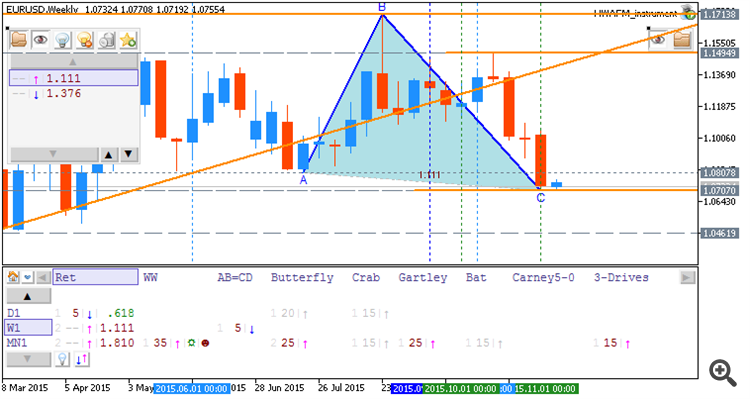 The structure of the Butterfly pattern was discovered by Bryce Gilmore. The butterfly includes a 78.6 Fibonacci retracement of the XA leg as the B point. The CD leg is extended to 127% or 161.8% of AB. 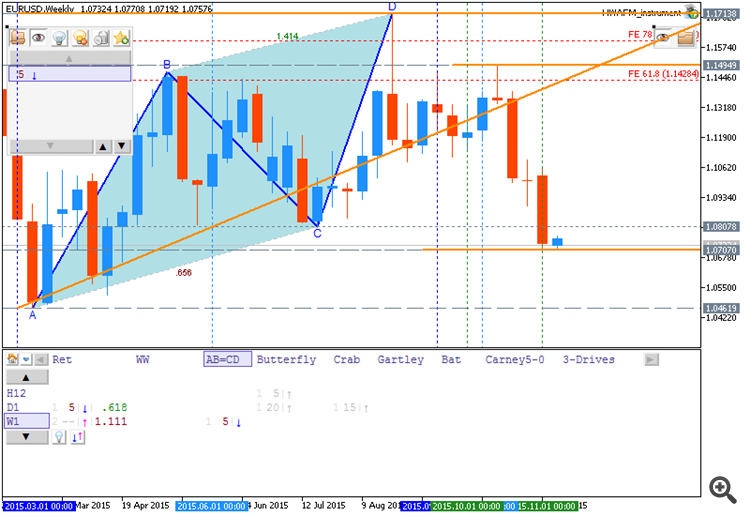 These patterns have now been incorporated into an indicator for Metatrader 4 and Metatrader 5 which draws the pattern clearly on the chart when it forms and produces a trading alert which can be emailed or sent as SMS text to a cell phone.

'I have produced a 23 minute tutorial on Bollinger Bands. If you are not using this important indicator, you should be!'

Something Interesting in Financial Video June 2013

Something Interesting in Financial Video November 2013

In this Second video, we introduce the first 2 lines of the Ichimoku system, the Tenkan Sen and Kijun Sen. Learn how these 2 lines are derived, their individual characteristics, and what it means when they cross each other.

1.1. A bullish signal occurs when the Tenkan Sen crosses from below to above the Kijun Sen


1.2. A bearish signal occurs when the Tenkan Sen crosses from above to below the Kijun Sen

Something Interesting in Forex Video May 2013