I was wondering if anyone knows of a simple EA that will enter on EMA cross only if CCI is above 100?

Here would be the extras...

Thank you in advance. Any help would be appreciated.

Quick Manual Trading Toolkit: EA not backtesting but Can somebody help me?

the ea trade by this mom technique. 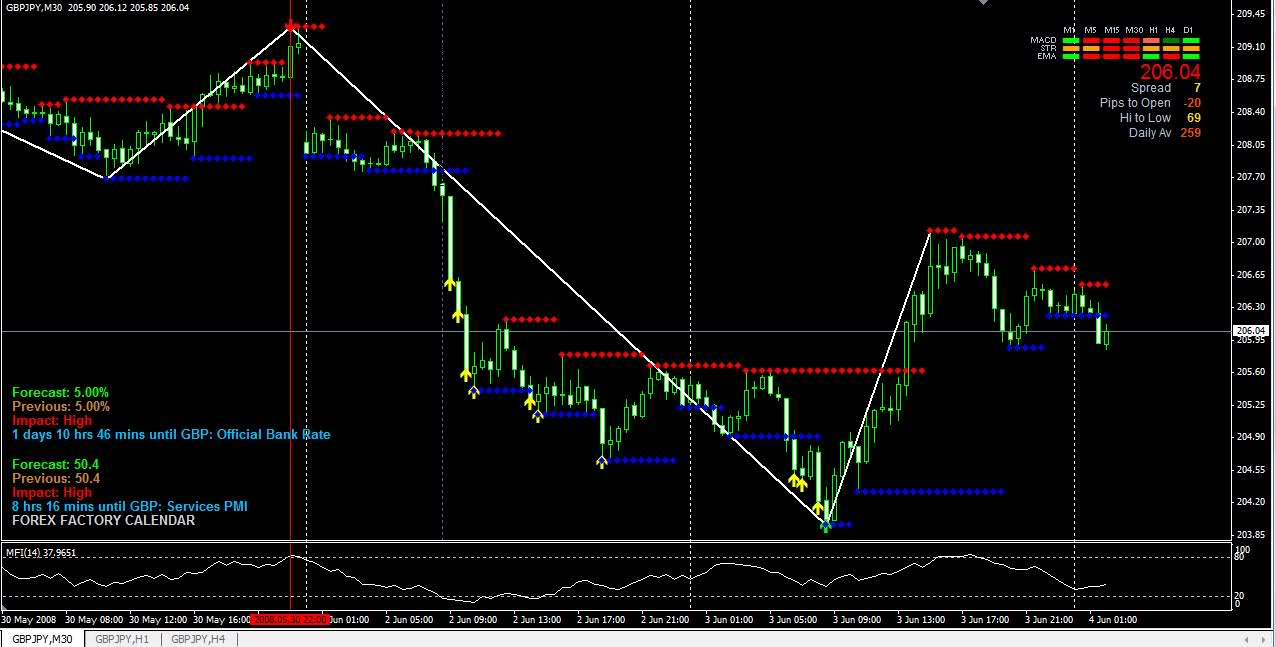 This ideas is from Currency Trader Mag right? It needs a different momentum indicator (bounded)

I have two indicators that I like to use, but had to modify them in order to use them together. I think it makes them a little easier to use, either by themselves for preference sake, or simply in conjunction with others.

EJ_CandleTime - Modified time to be easier to read (2h35m41s), and added a true/false flag so that you can make it stop changing the "comment text" in the upper left, as that will often get in the way of other indicators.

Market-Value - Modified it so that it will display the cost per tick on .1 and .01 lots. I know you can simply do math and figure that out, but most don't want to bother. Also modified time so that it reads hours/min/sec instead of min/sec. (It will still read min/sec if the time left is less than an hour.)

I understand these aren't great or significant changes, but some may find them useful.

[Request] a little change to this indicator

hi all! i need a little help to change this indicator because i want to use it in an EA

the point is that this indicator when buffer 0 has the right value for buy, buffer 1 has very high and nonsense value and not zero!!!

can you please help me out???

the point is that this indicator when buffer 0 has the right value for buy, buffer 1 has very high and nonsense value and not zero!!!

can you please help me out???

I am looking for the price projection oscillator and price projection bands. After years of trading forex I hardly ever use indicators anymore. Stick with basic price action etc. However I do use the price projection oscillator and bands with VTTRADER. I am getting tired of CMS as a broker and want to switch to IBFX. I have been searching forums with MT4 but cannot find anything etc. This is not just some newbie request playing with a bunch of new indicators trying to find the holy grail. If anybody needs more info about the indicator I can provide more info. Pring uses this indicator in several of his books.

I think Mel Wilndner?? was the original programmer or something.

Anyone wants to program this profitable algorithm into an EA?

Please email scalpmaster2006[at]yahoo.com.sg if you need to clarify further.

Anyone wants to program this profitable algorithm into an EA?

The idea is straight forward- Just average up twice as much as you average down. It might be easier to just look at the diagram.

however if it reverts again by N/4 then we have no choice but to square off both sides (taking profit of remaining contracts and cutting loss on the losing side at the same time) but we already locked in a large part of the profit earlier....

The whole point of starting a 2 sided trade and hedging at various stages instead of just adding positions in one direction is based on the assumption we have no idea where the market is going at any moment in time and it changes randomly all the time.