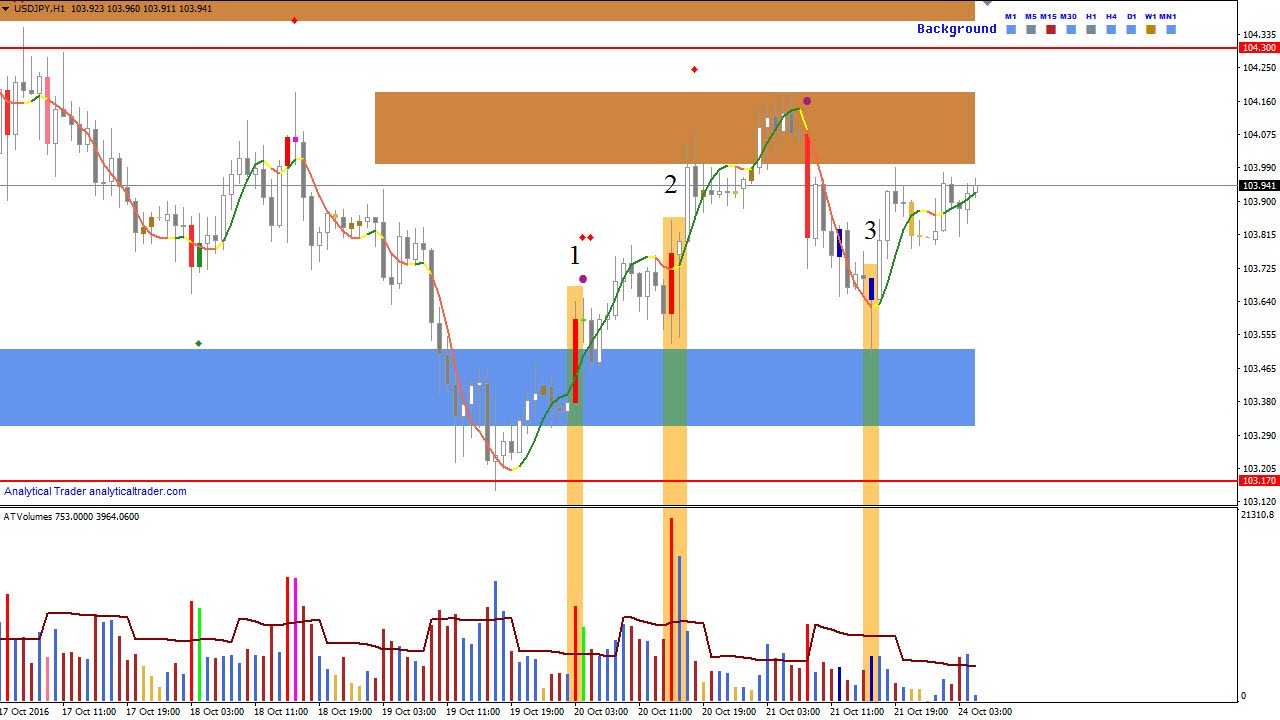 Since the previous analysis, the price continues to remain in the trading range 103.17 – 104.30, with congestion zones formed in between.

Point 1 was the breakup up-bar of a strong congestion zone. In the 15 minutes timeframe, there were also clear signs of a bullish movement.

In point 3 there was a “Shakeout” with an average spread and a low volume, which can also be regarded as a successful test, indicating «No Supply». We should expect further upward price movement.

I recommend buying near the support level of 103.17 after the appearance of significant signs of strength, the beginning of an upward price movement or the appearance of “No Supply”. However, if prices continue to rally, a break-out of the 104.2 level would confirm the buying (accumulation) seen behind. For the time being, prices are just below a weak congestion zone, and it’ll be better to stay in the sidelines, in the hourly timeframe.

Forex and Cryptocurrency Forecast for January 13-17, 2020