Tirone Levels are a set of the appropriate support and resistance levels based on a trading range for a certain period of time.

Usually they are used only to improve visual perception of the market price moves. In this case, the Midpoint method is used for the calculation of all three Tirone Levels.

Market minimum and maximum for a certain period of time are calculated at first.

The levels are calculated the following way:

Both types of levels are interpreted in a similar way: both methods of graphical analysis use a certain per cent value between a maximum and a minimum to generate the lines and 50% as a probable correction level. Tirone Levels also resemble Quadrant Lines.

Like many other technical analysis methods, Tirone Levels have their followers being one of the simplest trading signals system based on support and resistance, though a considerable amount of traders who work with the intervals less than a day claim that they are less accurate in comparison with other similar methods. 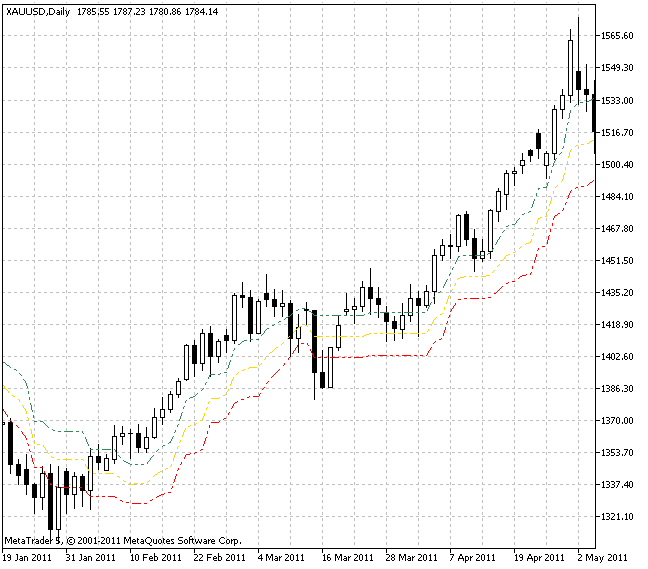 New comments added to a chart without deleting existing ones.

The simple indicator which displays minimums and maximums of the eldest, middle and short periods using semaphore dots.

The indicator consists of five Tirone Levels that are, in fact, support and resistance levels based on a trading range for a certain period of time.

Variation Index shows if a trend or a flat movement is prevailing in the time series or random behaviour.